Elizabeth Martínez, Voice of the Chicana Movement, Dies at 95

Through her writings, Elizabeth Martínez inspired, provoked, educated, strategized, organized and built cross-racial and cross-ethnic alliances, all in pursuit of social justice. 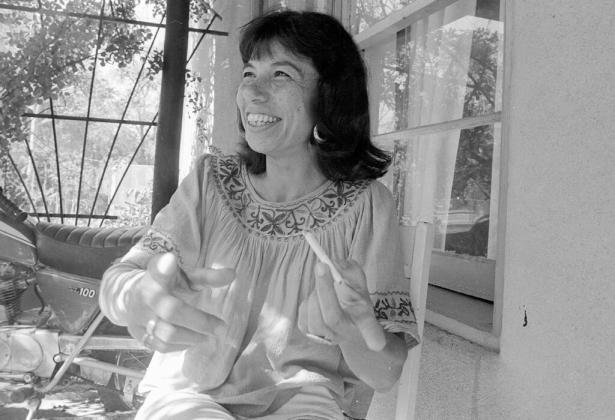 Elizabeth Martínez in an undated photo. Her career took her from jobs at the U.N. and in New York publishing to the Southwest and then to San Francisco, driven by a passion for politics and social justice., Credit: Bob Fitch Photography Archive, Department of Special Collections, Stanford University Libraries // New York Times

Elizabeth Martínez, a feminist, writer and community activist who helped organize the Chicana movement, which sought to empower people, like her, who were of Mexican descent and born in the United States, died on Tuesday in San Francisco. She was 95.

The cause was vascular dementia, said Tony Platt, a longtime friend.

Known as Betita, Ms. Martínez used her literary skills as an editor and writer to inspire, provoke, educate, strategize, organize and build cross-ethnic and cross-racial alliances, all in pursuit of social justice.

Half Mexican and half Anglo, she struggled for decades with her identity. As a young professional in Manhattan, she called herself Liz Sutherland, taking her mother’s Scottish middle name as her surname and sometimes passing as Anglo.

Only in middle age, after she had moved to the Southwest, did she embrace her Mexican heritage. In an act of self-empowerment, she called herself Chicana, a word previously considered pejorative. She reclaimed her surname and helped define an emergent Chicana movement, seeking rights and pride for people, especially women, who were often exploited in the labor market and oppressed by Chicano men.

In New Mexico in 1968, Ms. Martínez co-founded a bilingual newspaper, El Grito del Norte (The Cry of the North), one of the movement’s first newspapers and one of its most influential. Its initial aim was to fight for Chicano land rights in New Mexico, but it quickly took on broader struggles involving the war in Vietnam, socialism in Cuba and feminism around the world.

She was among the first to explore how issues of race, class, poverty, gender and sexuality could be connected under overlapping systems of oppression, making her a foundational voice for the concept of intersectionality long before that term came into vogue.

Born before the Depression, Ms. Martínez came of age during World War II. Full of youthful idealism, she wanted to work for world peace after the war through the newly formed United Nations.

Her mission, as she summed it up in a manifesto she wrote at 16, was to “destroy hatred and prejudice.”

In her 20s she landed a job at the U.N., where she researched colonialism in Africa. And for a time she led a high-flying life in Manhattan, while working first at the U.N. Secretariat; then at the Museum of Modern Art, where she assisted the photographer Edward Steichen, the museum’s director of photography; then at Simon & Schuster, where she was a book editor; and then at The Nation magazine, where she was books and arts editor.

Ms. Martínez attended chic Fifth Avenue soirees and hobnobbed with artists and writers. She also wrote film reviews; translated a French novel; traveled to Cuba, where she declared herself a socialist (and drew the attention of the F.B.I.); and visited Moscow to interview leading Russian poets.

“During this period, Liz had one foot in the world of upwardly mobile diplomats and the scribbling class, the other in the demimonde of outsiders, leftists and Lower East Side rebels,” Mr. Platt, a social justice scholar at the University of California, Berkeley, wrote in 2013 in an issue of the journal Social Justice dedicated to Ms. Martínez.

For a few years she managed to straddle the divide. But all along she was keenly interested in politics and civil rights. Among the books she brought into print as an editor was “The Movement: Documentary of a Struggle for Equality” (1964), a pictorial history of the civil rights movement, with text by the Black playwright Lorraine Hansberry. Ms. Martínez directed the royalties to the civil rights group the Student Nonviolent Coordinating Committee.

After the 1963 bombing of the 16th Street Baptist Church in Birmingham, Ala., which killed four Black girls, Ms. Martínez joined the Freedom Summer in Mississippi in 1964, registering Black voters. The next year she edited “Letters From Mississippi,” correspondence from the mostly white Northern college students who had volunteered in the registration drive.

By the mid-1960s, she felt the pull of revolutionary politics. She quit most of her mainstream paying jobs and gave herself over to left-wing causes, joining feminist groups and short-lived Marxist organizations.

Angela Davis, the counterculture activist and scholar, was an admirer and wrote the foreword to Ms. Martinez’s book “De Colores Means All of Us” (1998). She also contributed an essay to that 2013 issue of Social Justice, noting that Ms. Martínez’s books were touchstones in her own political development.

“From civil rights and Black liberation to women’s rights and prison abolition,” Professor Davis wrote, “I can practically narrate the story of my political life using Betita’s work as anchoring points.”

Elizabeth Sutherland Martínez was born on Dec. 12, 1925, in Washington. Her blue-eyed, American-born mother, Ruth Sutherland (Phillips) Martínez, taught advanced high school Spanish and was an accomplished pianist and tennis player. Her father, Manuel Guillermo Martínez, who came to the United States in 1917 during the Mexican Revolution, worked his way up from clerk in the Mexican Embassy to professor of Spanish literature at Georgetown University.

“Every night over dinner he would talk about seeing Zapata come into the capital with the campesinos, and that put the idea in my head that I wanted a revolution right here,” Ms. Martínez once said. She developed what she called an “anti-imperialist consciousness and pro-Latin American consciousness.”

Growing up as an only child in Chevy Chase, Md., a white, middle-class Washington suburb that was still largely segregated, Ms. Martínez felt isolated and had almost no social life. The white family next door would not let their daughter play with her.

Betita was not Black but something other, “which was not at all recognized as any part of the whole racial paradigm,” she said in an interview for Smith College’s Voices of Feminism oral history project in 2006. “I always wanted blue eyes, so I knew there was a color issue involved.”

She attended Swarthmore College in Pennsylvania and earned a bachelor’s degree there in history and Spanish in 1946. She was Swarthmore’s first Latina graduate.

At 23, she married Leonard Berman; they were divorced in 1952. That same year she married Hans Koning, an author; that marriage also ended in divorce. She and Mr. Koning had a daughter, Tessa Koning-Martínez, who is her mother’s sole immediate survivor. Ms. Martínez died in a hospital in San Francisco.

After the Freedom Summer, Ms. Martínez became the coordinator of the Student Nonviolent Coordinating Committee office in New York, in charge of media and fund-raising. But by the late 1960s, S.N.C.C. wanted only Black leadership. Because she was viewed as white, or at least not Black, Ms. Martínez said, she was marginalized, which left her despondent, though she continued to edit important works, including the civil rights leader James Forman’s autobiography, “The Making of Black Revolutionaries: A Personal Account” (1972).

Having learned much from the Black civil rights movement, she was spurred by her rejection from S.N.C.C.to turn to her Mexican roots.

“We of Latin America have no need to latch on to the Black man’s struggle,” she wrote as she moved to New Mexico. “We are proud of our own struggle.”

To her sorrow, the Chicano movement floundered. She attributed this to what she called “its failure to achieve clarity about its goals and strategy.” But if that movement ebbed, her determination to fight for social justice only increased, and she moved on again, this time to the San Francisco Bay Area.

There she joined the Democratic Workers Party, which she said she had chosen because it was the only Marxist party led by a woman (“a white woman, but a very working-class white woman”).

She plunged into community organizing, teaching women’s studies, conducting anti-racist workshops and mentoring young activists. She even ran for governor of California in 1982 on the Peace and Freedom Party line. She also helped found the Institute for MultiRacial Justice, a San Francisco organization that sought to build cross-racial alliances around issues like police brutality, immigration and incarceration.

Most of her papers are at Stanford University, but some relating to S.N.C.C. are at the Library of Congress.

Ms. Martinez was lecturing and writing into her 80s and attending demonstrations until she moved into a residential care facility in San Francisco in 2012.

Decades earlier, she and her daughter had been interviewed for essays in a book called “The Conversation Begins: Mothers and Daughters Talk About Living Feminism” (1996). Balancing motherhood with full-time activism was never easy, Ms. Martinez said then.

But in later life, with her daughter living nearby in San Francisco, they became especially close. Ms. Martinez added at the end of her essay, “Who could ask for anything more?”

[Katharine Q. “Kit” Seelye is a Times obituary writer. She was previously the paper's New England bureau chief, based in Boston. She worked in The Times's Washington bureau for 12 years, has covered six presidential campaigns and pioneered The Times’s online coverage of politics. @kseelye]