How Teachers Won the Right to Get Pregnant

In the early twentieth century, teachers were prohibited from keeping their jobs after getting pregnant. Socialist feminists organized to successfully change that. 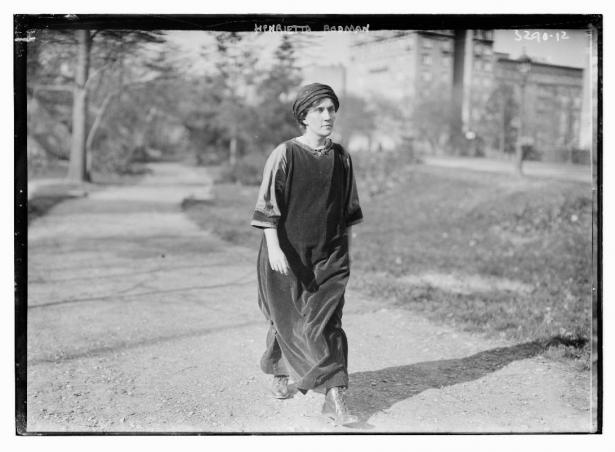 Socialist feminist and prominent Greenwich Village radical Henrietta Rodman was a high-school teacher who championed the rights of women teachers to marry, have children, and exercise freedom of speech, c. 1914. , Library of Congress

Early in the twentieth century, socialists and feminists were crucial, as a new article by Christopher Phelps in the journal Modern American History reveals, to the founding of New York City teacher unionism.

Their launching of the periodical American Teacher in 1912 led to creation of the Teachers’ League in 1913 and then the Teachers Union in 1916, facilitating the formation of the American Federation of Teachers (AFT).

Phelps finds what motivated these teachers were radical ideals of educational democracy and a fierce opposition to managerial autocracy. The issues that catalyzed their initiative included maternity leave — an early form of reproductive rights.

In this extract, adapted slightly from the fuller article, Phelps explains that teachers’ right to bear children was at the heart of their struggle for educational democracy, because it led straight to questions of free speech and teacher dignity. Progressive teachers, with the irrepressible Henrietta Rodman in the vanguard, not only fought a patriarchal school system but also the New York Times and more conservative teacher associations in order to achieve victory.

It was a qualified victory, as is so often the case. But, teachers, you can thank the socialist feminist movement for your maternity leave.

In the year 1913, when the Teachers’ League formed, the word feminism broke through in American culture. These developments were more directly related than is generally appreciated. Early in 1913, at its inception, the Teachers’ League established a committee on the status of married women chaired by executive committee member Henrietta Rodman. Teaching was often undertaken by young, unmarried women expected to resign should they marry. In New York, the supposition that women teachers would be “inefficient” in their professional duties if distracted by obligations to husband and children — and, conversely, that married teachers working outside the home would neglect their maternal and wifely duties — led the Board of Education to forbid the hiring of married women, allow women teachers to marry only after a definite period of service, and discourage motherhood.

In 1913, Bridget C. Peixotto, a married teacher at PS 14, Bronx, was discharged for going absent from school to give birth. “Time was when women who married and took up the burdens of the conjugal relation expected thereafter to devote themselves to the care of their children,” editorialized the New York Times, lamenting that “our public school system is a victim of that comparatively new and distressing malady called feminism.” Peixotto appealed in the courts while other teacher-mothers resigned in fear and the Board of Education identified fourteen more elementary and two high-school teachers for discharge.

The circle around the American Teacher editorialized for the right of these women to keep their positions in the belief, as Sophie Matsner Gruenberg expressed it in the Socialist Call, that “anything that interferes with the normal sexual or maternal life of women is socially undesirable.”

Rodman, thirty-five, was an originator of the new feminism who created her own League for the Civic Service of Women in 1913 to advocate for the rights of teachers to be married, with Teachers’ League president Henry Linville an active member. As socialist as she was feminist, Rodman simultaneously chaired the League’s committee on vocational guidance, which proposed a radical new curriculum covering wages, industrial conditions, labor movements, and workers’ rights. In October 1914, as Peixotto’s appeal and Board reprisals against pregnant teachers crescendoed, Rodman propelled the Teachers’ League to become the first of the city’s forty-five teacher associations to support the reproductive and maternal rights of teachers. As the Brooklyn Daily Eagle reported, “The teacher-mothers have the support of one teachers association, the Teachers’ League.”

The League’s resolution stated, “Bringing charges of neglect of duty against teachers who are absent in the fulfillment of their God-given duty, maternity, is contrary to the interests of the teachers, the schools, and the community.” If the phrase “God-given” suggests traditionalism, or at least a gambit to disarm cultural conservatism, it must be understood that even Greenwich Village feminist avant-gardists such as Crystal Eastman viewed motherhood as the central experience in a woman’s life. Feminists revered motherhood while refusing to be confined to the home.

By contrast, Grace Strachan, the district supervisor who headed the Interborough Association of Women Teachers, which had led an earlier campaign for gender parity in teacher pay, objected to married teachers in the schools and supported the prohibition against pregnancy. “If a vote were taken among the women teachers in the city today, 95 percent of them would vote in favor of the Board’s decision,” she posited to an audience of four hundred gathered to discuss the policy, evoking hisses and laughter. “I declare that the married woman who teaches and at the same time attempts to bear children is both unwise and immoral in attempting to serve two masters.” 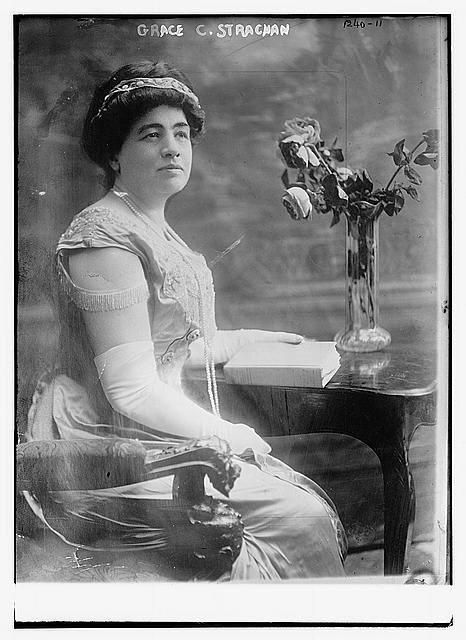 Grace Strahan, president of the Interborough Association of Women Teachers and a New York school district superintendent, led the teachers’ campaign for equal pay for equal work, but proved a strong conservative feminist opponent of the Teachers’ League and Teachers Union. (Library of Congress)

Entirely free of such bourgeois propriety, Rodman was a Greenwich Village radical and the subject of colorful press coverage for founding the Feminist Alliance to build an apartment house that would include on-site childcare, as well as for retaining her name after a matrimony that she defiantly kept secret for a few months from the Board of Education. Floyd Dell, an editor at the Masses, credited Rodman with the genesis of Greenwich Village as a bohemian center for art and radical politics by moving the Liberal Club there in 1913. “People laughed at her a good deal,” he wrote, “and loved her very much indeed, and followed at her beck into the beautiful and absurd schemes she was forever inventing.”

As the Board of Education moved to discharge mother-teachers in 1914, Rodman published a letter in the New York Tribune accusing its all-male commissioners of “mother-baiting,” a “game” she termed “rather rough”: “Like wife-beating, which used to be so popular, it is always played for the good of the woman.” Her principal charged her with insubordination and gross misconduct, suspending her without pay for the remainder of the school year. The Board sustained that decision on December 22 over her objection that it violated her democratic rights. Although League members thought Rodman had been “over-enthusiastic,” they considered the loss of salary unduly harsh. A few days later, an undaunted Rodman presided over the Feminist Alliance’s Christmas ball, at which women dressed in trousers or as they otherwise pleased. In attendance was Linville — also a socialist and a member of the Men’s League for Woman Suffrage — and it was announced that the next Teachers’ League meeting would address freedom of speech.

At “Free Speech in the Public Schools,” on January 22, 1915, more than six hundred League members approved a resolution committing each to contribute $10 a month to restitute Rodman’s projected $1,800 salary loss, and recommending that the Teachers’ Council, not the Board of Education, should judge her case. Gilman faulted the Board: “We have here an instance of the offended party acting as prosecutor, judge, and executioner — an arrangement quite incompatible with justice.” Linville warned that freedom of speech would merely create a “misleading” situation for teachers who would remain vulnerable unless democracy replaced autocracy. At stake, then, were the rights of mothers to remain employed, the rights of teachers to criticize the administrative hierarchy, and the crying need, amplified by the Interborough Association’s abdication, for an effective organization of teacher self-defense — all showing the necessity of educational self-management.

Talk of unionism gained momentum. When the wealthy suffragist Mrs. O. H. P. Belmont held a benefit for Rodman, her statement about a union, which the New York Times placed atop its front page, suggested Rodman’s coaching: “Let the teachers form a union, and then if a teacher-mother is obliged to absent herself from her school duties and the School Board will not give its consent the teachers can go on strike. If the teachers all strike together, the Board of Education will come to terms very quickly. With a union they would also very soon get women teachers on the board, where they ought to be.”

The glare of public criticism led the Board to reverse course by February 1915, restoring all dismissed mother-teachers to employment and allowing maternity leave. It was a tremendous victory except that the mandatory leave was two years — a sanction in its own right, leaving the American Teacher to object that women should be able to set their own maternity leave duration. On free speech, the teachers did not even achieve a half victory; Rodman remained suspended, although she took up writing a column for the New York Tribune in which she promoted the League and continued criticizing various Board policies, the income obviating any need for teachers to pay her salary. The League grew to six hundred members.

Adapted from Why Did Teachers Organize? Feminism and Socialism in the Making of New York City Teacher Unionism, Published online by Cambridge University Press by Christopher Phelps

Christopher Phelps teaches American Studies at the University of Nottingham and is the co-author of Radicals in America: The U.S. Left Since the Second World War.