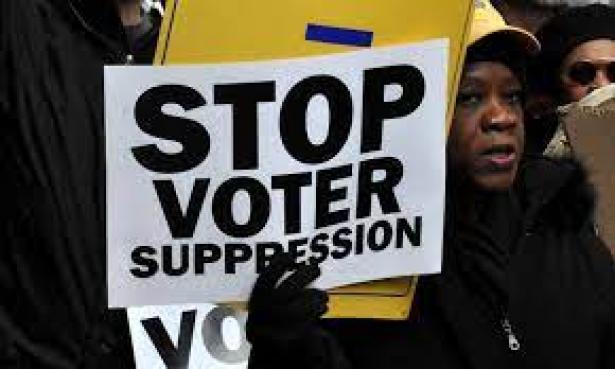 In recent decades, voting rights progress has consisted of expanding access to a ballot and the ways to cast it—such as online registration, voting from home with mailed-out ballots and other options to vote before Election Day. Those innovations have been widely embraced, especially during the 2020 election in response to health concerns during a pandemic. In the general election, 56 million people voted in a different manner than they had in 2016.

But the Supreme Court’s latest major decision on the Voting Rights Act of 1965 has imposed new standards that election law scholars say are hostile to the more expansive and convenient voting options that have surfaced in recent years. Even more troubling, the court’s conservative majority has done so in a way that is reminiscent of the arguments put forth by last century’s opponents of equal voting opportunities for racial minorities.

In Brnovich v. Democratic National Committee, the court eviscerated the strongest remaining section of the Voting Rights Act of 1965 (VRA), Section 2, which held that election laws and voting rules that had a racially discriminatory impact could be blocked. (In 2013, the court, in Shelby v. Holder, neutered the VRA’s sections that allowed federal authorities to block regressive new election laws or voting rules in jurisdictions with histories of discrimination.) Perhaps most alarmingly in Brnovich, Justice Samuel Alito’s majority opinion resurrected a legal strategy embraced by the opponents of last century’s major civil rights reforms.

Brnovich held that some discriminatory impacts of an election law do not alone invalidate that law. That standard, put forth in “guideposts” laid out by Alito, means that suits challenging laws and rules that make voting harder must go beyond showing a discriminatory result. Those challenging a law must prove that its authors intended to discriminate—making it much harder to sue and win. Shifting the burden of proof from the result or effect of a law to its authors’ intent was a tactic of 1970s anti-civil rights litigants.

But Brnovich went even further by also reviving the states’ rights strategy cited by mid-20th-century segregationists. It held that state legislatures could cite an interest in policing voter fraud—which, factually, barely exists—as a pretext to pass stricter new election laws. And the ruling said that it didn’t matter if a new law advantaged the party that authored the law.

“Effectively, most of the VRA is now dead,” David Schultz, a Hamline University scholar specializing in elections and democracy, wrote in an email.

“The proof issue is critical,” he continued. “[First, t]he court gives the benefit of the doubt to states that their laws are valid. Second, the court dismisses mere inconveniences as proof of creating less opportunity. It also dismisses small disparities as minor. And it also imposes a difficult burden on statistical evidence. Finally, even if someone can surmount all this, the court seems to dismiss some burdens by saying in the totality of the circumstances the overall voting system may be fine. In effect, despite the fact that voting is a fundamental constitutional right which is supposed to force the state to prove why its restrictions are valid, it shifts the burden to challengers with a near-impossible argument to make.”

Other legal scholars have also written that Brnovich’s dark implications are sinking in.

“[E]ach time I read Justice Samuel Alito’s majority opinion in Brnovich v. Democratic National Committee, the angrier I become,” Rick Hasen, a University of California, Irvine election law scholar, wrote on July 8 for Slate. “I’m angry not only about what the court did but also about how much of the public does not realize what a hit American democracy has taken.”

In strict terms, Hasen noted that the Brnovich ruling rolls back “the clock on voting rights to 1982,” a date cited by Alito’s majority opinion. That date is legally and politically significant. In fact, Brnovich cannot be seen as apolitical. As Schultz noted, “What makes this so bad is that the decision does not look neutral, and it makes the court look even more like a political institution where justices are simply partisan politicians with robes.”

The early 1980s were the heyday of Ronald Reagan’s presidency. At that time, both Alito and Chief Justice John Roberts held senior positions in the Justice Department, where the Reagan administration not only resisted enforcing federal voting rights law but also sought to weaken the same section of the VRA that is the focus of 2021’s Brnovich decision. Today, few may recall that candidate Reagan gave a reactionary states’ rights speech in August 1980 at the Neshoba County Fair in Mississippi—near where three civil rights workers were murdered in 1964. The murders were one of many events that propelled passage of the Voting Rights Act of 1965.

Southern states’ rights advocates and their conservative descendants have long resisted broad voting rights—today, during Reagan’s day, in the 1960s, and in the earlier Jim Crow era. Congress passed other civil rights laws by the late 1960s, such as in housing and employment. After the VRA’s passage, its advocates’ early focus was registering voters for 1968’s presidential election and dealing with the legacy of exclusion. Richard Nixon, who won that election, ran on a states’ rights “Southern strategy” that conveyed his support for segregationist values. Once in office, Nixon appointed judges vetted by South Carolina’s Republican Senator Strom Thurmond, a white supremacist, in exchange for his endorsement over segregationist Alabama Governor George Wallace, said Chris Sautter, an election lawyer and American University adjunct professor.

By the mid-1970s, Nixon had resigned. But the impact of his judicial appointments was being seen. In civil rights litigation outside the voting sphere, civil rights opponents and conservative judges chipped away at new civil rights laws by changing the burden of proof required by those suing to enforce those laws. The cudgel concerned altering the burden of proof from showing a law’s discriminatory effect to proving discriminatory intent. In short, the prosecutorial burdens that Alito revived in Brnovich didn’t come out of thin air but were used by segregationists in his formative years as a young Reagan administration lawyer.

Some of that backlash also was due to Jimmy Carter’s presidency (1977-1981), Sautter said, which enforced another part of the VRA: its preclearance provisions. These sections required states and counties with histories of discriminatory elections to get federal approval before implementing any new election law or rule. (In 2013, the court, in Shelby v. Holder, a majority opinion written by Roberts, gutted the VRA’s preclearance provisions.)

In 1982, the 97th Congress reacted to the Supreme Court’s Mobile ruling by restoring Section 2’s original burden of proof—those who sued only needed to show that a new law’s effect was discriminatory. The VRA’s 1982 amendments said that courts should consider the “totality of the circumstances” to protect voting rights. The Reagan administration opposed reviving the law’s original standard, an effort led by Roberts, as Hasen noted in his recent Slate piece.

“Congress disagreed with the Supreme Court’s [1980] interpretation of Section 2, and in 1982 Congress passed a revised Section 2. This revision came despite fierce opposition from the Reagan administration and the president’s point person on the issue, John Roberts, who now happens to be the chief justice of the Supreme Court,” Hasen writes. At that time, Alito worked in the solicitor general’s office, arguing for the Reagan administration in federal court.

In Brnovich, Alito laid out five “guideposts” for courts to judge Section 2 claims, including the harder burden of proof.

“In truth, these are less guideposts and more roadblocks looking to stop plaintiffs at every turn when they assert their Section 2 claims,” Hasen writes. “One of the guideposts specifically tells courts to compare the voting restrictions being challenged in a Section 2 case to the burdens of voting as they existed in 1982.”

What does it mean when a big slice of voting rights law is rolled back to 1982? The first take by scholars like Hasen is that recent voting options—such as allowing early voting on Sundays to accommodate “souls to the polls” drives led by clergy—have little basis for federal protection.

“[I]magine a state passes a law barring early voting on the Sunday before Election Day, because white Republican legislators know that reliably Democratic Black voters often run ‘souls to the polls’ events to take church-going voters straight to vote after services,” he writes. “While a challenge to such a rollback under Section 2 had a good chance of going forward before, how could it survive the 1982 benchmark now, when Sunday voting, and early voting as a whole, was rare?”

Consider the Texas legislature’s current machinations to ban the expanded voting options that Harris County—home to Houston—implemented in 2020 to make voting more accessible in the pandemic, such as 24-hour voting centers and mailing out absentee ballot applications. These GOP-led reforms are unfolding despite the statewide victories in fall 2020 elections by Texas Republicans.

“States are [now] mostly free to do what they want with voting and there appears to be little federal remedies or help to protect voting rights,” said Schultz. “More than a decade ago, I said we were in the middle of a Second Great Disenfranchisement in America (the first was after the Civil War Reconstruction ended). This decision [Brnovich] is confirmation that the Second Great Disenfranchisement is in full swing, and we can expect more restrictions on voting rights in the years to come.”

Brnovich’s reach may be even bigger. The way that Americans vote today is completely different from 1982. What is called convenience voting—such as decades of mailing out ballots to every voter in some states, and the options to vote from home or in person before Election Day—did not exist in 1982. Neither did the voting technology and related election rules in wide use today.

“The expansion of voting rights since the 1980s has repeatedly been met with conservative resistance, first in the form of Republican Party initiated so-called ballot security programs and eventually with extreme voter suppression laws,” said Sautter. “But the strategy to eviscerate voting rights with an ultra-conservative controlled judiciary goes back to Nixon and the presidential election of 1968. Until the makeup of the Supreme Court changes, progressives will have a difficult time winning these battles.”

In the meantime, the best progressives might hope for is passage of the John Lewis Voting Rights Act, which restores and fortifies the VRA, which Sautter said would “seriously undermine the rationale of Alito’s opinion.” That scenario hinges on all Senate Democrats voting to create a voting-right exception to the filibuster rule.

On July 13, President Biden gave a passionate speech where he decried the Brnovich ruling and called Republican efforts to subvert voting rights and election results “21st-century Jim Crow.” Biden called on Congress to pass sweeping federal voting rights legislation, including the John Lewis Voting Rights Act, but he did not mention the Senate filibuster.

“Just weeks ago, the Supreme Court yet again weakened the Voting Rights Act and upheld what Justice Kagan called, quote, ‘a significant race-based disparity in voting opportunities,’” Biden said. “The court’s decision, as harmful as it is, does not limit the Congress’ ability to repair the damage done. That’s the important point. It puts the burden back on Congress to restore the Voting Rights Act to its intended strength.”

This article was produced by Voting Booth, a project of the Independent Media Institute.