tv Naomi Osaka Review – A Poignant, Painful Look At The Life Of The Tennis Wunderkind

She may have beaten Serena Williams, but Netflix’s affecting new docuseries reveals Osaka as a young woman plagued by self-doubt, and trying to figure out her place in the world 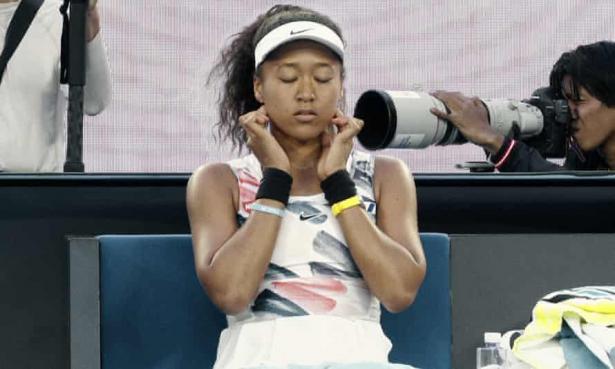 Life through a lens … Osaka is still coming to terms with being a public figure., Photograph: Courtesy of Netflix/AP

There is a problem that sometimes afflicts documentaries about sports personalities, in that the phrase can be an oxymoron. This is not intended to be an insult: sporting excellence on an international level requires such astonishing dedication that there is rarely time or space for much of a life outside it. Naomi Osaka (Netflix) solves this by turning the tennis player’s story into an exploration of both life on the court and the vast spaces around it. It is about loneliness and self-discovery as much as it is about tennis, and it is beautifully done.

Each of its three episodes covers a different phase in Osaka’s still-nascent career, and though it does not cover her recent withdrawal from the French Open and the subsequent discussion around mental health in sport, it provides substantial context for it. The first episode follows the aftermath of Osaka defeating her childhood hero Serena Williams at that famous US Open final in 2018, and becoming globally famous in an instant. Director Garrett Bradley has been given intimate access to Osaka’s world – home videos from her childhood, interviews with her parents and team – and what she does with them is curiously affecting. The series has a slow, almost meditative pace, and it imbues seemingly mundane events with poignancy. Osaka moves into a new house, but she cannot sleep, instead spending the night wide awake, on her phone. The question that plagues her is whether she is a good tennis player or not. She has given her whole life to the sport: what would it mean if she were not?

Osaka comes across as deeply introspective. (A clip of an interview on The Ellen Show, in which the host sarcastically jokes that “you really have come out of your shell”, is now cast in a different light.) In the second episode, Osaka grapples with what it means to lose matches, when, since the age of three, her life has been built on the foundations of being a winner. “She forgot who she was,” says her new coach, Wim Fissette, as he attempts to coax her out of a losing streak. Singles tennis can be lonely, and Osaka appears to feel that profusely. Even with her team, she says she feels like “a vessel” for all their hard work, and when she does not win, she feels she is letting them down. One of the most heartbreaking scenes is a clip from her 22nd birthday meal. She asks her mother: “Did you think, by the time I was 22 …” That she would be the best female tennis player in the world? That she would be the first Japanese singles player to win a grand slam? That she would set a new record for earnings in a year? “[That] I would’ve done more?”

While it has its moments of sadness, this is not a bleak watch. By the third episode, you get the sense that Osaka is transforming her endless self-contemplation into action. She talks about her choice to play for Japan; her fear of controversy and being outspoken; her decision to wear seven face masks at the US Open in 2020, each emblazoned with the name of a victim of police brutality. She spends time with her family, and visits her tennis foundation in Haiti – her father’s home country – where she learns about colonial history. And then the series ends, almost abruptly. Initially, I wanted more, particularly given the voice that Osaka has found to talk about the pressure of public life, but now I think the point is that there is still a lot more to come from her, on and off the court.

This is not a bombastic sports documentary, nor is it as straightforward as previous ones following Serena Williams or Andy Murray, for example. It is more artistic and interior, and well worth watching in its entirety. At first, I thought it was slight, that it offered a good impression of depth but did not say very much. Now, I think it says more than it appears to. It is cleverly assembled, and gorgeously filmed, with a magnetic score by Devonté Hynes and Theodosia Roussos. While its steady pace may not suit those who prefer power shots, the delicacy of it got under my skin. Osaka is quietly spoken, painfully self-critical, but determined to work out the knotty problem of who she is and what is her place in the world. These films are an affecting piece of the puzzle.