Nearly 100 years ago, Congress passed a law making it a felony to reenter the US after being deported. Now a judge has found it too racist to be allowed. 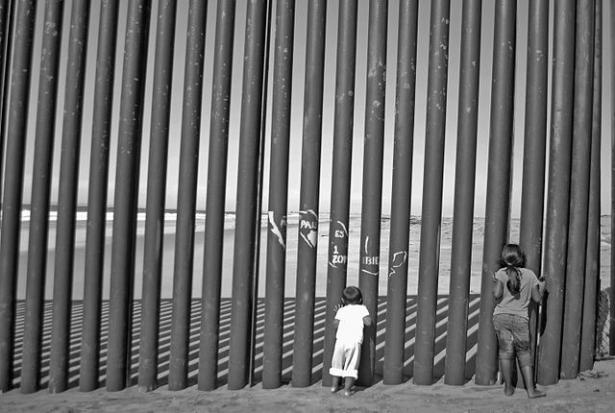 This country has always had a “preferred” class of immigrants it wants to attract, while trying to stem the tide of those deemed undesirable by the white powers that be. We didn’t like the Irish for a time, then the Chinese, then the Japanese, then the Southern and Eastern Europeans, and on and on until, latterly, Latinos and Muslims from anywhere. And at nearly every turn, the overtly racist immigration restrictions championed by the ruling whites have been upheld by the courts. Our country’s bigotry is so ingrained in our immigration laws that decoupling the racism from the law would require holding even basic immigration restrictions unconstitutional and essentially starting over.

Remarkably, that is precisely what US District Judge Miranda Du did this week. In a case called U.S. v. Carrillo-Lopez, the Nevada judge declared one of our most basic immigration statutes (Section 1326) an unconstitutional violation of equal protection rights.

For a judge to find a law in violation of the Equal Protection Clause—to find it essentially “too racist” to be constitutional—the victim of the law has to show one of two things. They have to prove that the law, as applied, treats one race fundamentally differently and worse than others (lawyers call this “disparate impact”), or they have to show that Congress passed the law with the intent to racially discriminate.

Judge Du found that Section 1326—which makes it a felony for people to return to the United States after being denied admission or deported—failed both tests with regard to Latinx immigrants. The disparate impact analysis is pretty obvious: We strictly police the southern border with Mexico, hyper-militarizing it with far more personnel and resources than we police the northern border with Canada. Predictably, this leads to more Mexicans and Latinx immigrants being caught and deported than Canadians. It leads to more Mexicans and Latinx immigrants being deported than Europeans who may arrive via points of entry along the Atlantic seaboard.

But that’s not all. Du found that this biased impact was exactly what Congress intended when it passed the law. Section 1326 was first passed as part of the 1929 “Undesirable Aliens Act” and, as if the name weren’t enough to tip you off to the racism, Judge Du has officially confirmed that Congress had impermissible racial bias when passing that act.

The government all but concedes that point, but contends that Section 1326 was reauthorized in 1952, and that Congress was not motivated by racism in that instance. Judge Du disagrees. She points to, among other things, the fact that the 1952 act was passed over a presidential veto by Harry Truman. Indeed, Truman specifically said that the 1952 act “would perpetuate injustices of long standing against many other nations of the world” and “intensify the repressive and inhumane aspects of our immigration procedures.” Congress’s refusal to heed those words is one way we can see the racist intent behind these laws.

The government’s final defense was that even though the law was passed with racist intent, it could also have been passed without it. In other words, there are very good, totally not-racist reasons to discriminate against Mexicans crossing the southern border.

The government argued that there are economic reasons to keep people from crossing the southern border, as well as a national security interest in policing that border and deporting those who attempt to cross it. But Judge Du was having none of it. She said the government failed to show that Congress was concerned about economic competition absent racial animus—which means that she doesn’t think Congress was concerned about immigrants’ taking jobs, only that it was concerned about brown immigrants’ taking jobs. And on national security, Du refused to make the same wild accusations that Donald Trump did when he called Mexicans rapists and criminals.

The opinion is thorough and well-reasoned, and Judge Du’s arguments are so obvious in retrospect that it’s kind of amazing they aren’t a staple of the immigration debate in this country. But this is where Judge Du’s background perhaps becomes important.

Readers like you make our independent journalism possible.   DONATE

Miranda Du was born in Ca Mau, Vietnam, in 1969. Her family fled the nation after the Vietnam War when she was 9, first to Malaysia, before eventually making its way to Alabama. She went to Berkeley for law school and was an employment lawyer in Nevada when Harry Reid and Barack Obama made her a federal district judge in 2011. I would imagine that Judge Du looks at the US immigration system with a fresh perspective, at least as compared to a person like me, who was born here and has been taught to just accept a background level of bigotry as an immutable fact of immigration law. One of the more striking parts of her opinion in this case is the section in which she calls out other courts for not doing this sooner. She essentially says that courts in other jurisdictions that have looked at Section 1326 have blindly accepted the government’s reasoning that the 1952 reauthorization cleansed the statute of its racial bias, without really looking at the 1952 Congress.

The opinion is brilliant, and I’m going to print it out so I’ll still have a copy of it when Justice Samuel Alito and the other conservatives on the Supreme Court reverse it and order Du’s opinion to be nuked from orbit. There is, practically speaking, no chance this ruling survives Supreme Court review. The high court will skate over the disparate impact analysis by saying that any person, regardless of race, who crosses the southern border will experience the same over-enforcement. Or the court will reverse the ruling of racist intent by finding, as other courts have, that the 1952 Congress did cleanse the statute of racism. Or they’ll find that the government does have a legitimate and permissible interest in discriminating against southern border crossers. After all, the Supreme Court found bigotry to be okay in Trump v. Hawaii, which upheld the Muslim ban, so finding a reason to uphold Section 1326 will be child’s play for the conservatives who like a little bigotry in their immigration rulings.

And that’s if the case even makes it to the Supreme Court, which it probably won’t. Judge Du’s ruling will first be appealed to the US Court of Appeals for the Ninth Circuit, and I could see it getting reversed there. It’s unlikely that other liberal judges will even want to open this can of worms. As I said, Judge Du relies on a disparate impact analysis, and I can think of at least three Supreme Court justices who might be in the mood to overturn disparate impact analysis altogether.

Judge Du is right about the bigotry inherent in our immigration laws, but conservatives like the bigotry and liberals will be afraid that trying to stop it will just piss off the conservatives.

But at least this opinion exists now. It’s out there, and future lawyers and judges can read it and maybe think differently about the core assumptions at the heart of our immigration system. A lone federal judge cannot stop 100 years of bigoted policies, but if you want to know what a truly progressive legal analysis looks like, Judge Du just spelled one out.

Now, President Biden just needs to read it and go out and nominate 100 judges who agree.

Elie Mystal is The Nation’s justice correspondent—covering the courts, the criminal justice system, and politics—and the force behind the magazine’s monthly column “Objection!” He is also an Alfred Knobler Fellow at the Type Media Center. He can be followed @ElieNYC.

Subscribe to The Nation: Your progressive companion in a Biden administration. Save over 40% for one year of digital access. You can cancel anytime