Kareem Abdul-Jabbar: Why the Host of ‘Jeopardy!’ Matters

Since 1984 — perhaps as an unconscious rebuttal to Orwellian fears of dystopian ignorance — Jeopardy! has been the paragon of game shows as well as a thumbed nose at perpetual complaints that television is just a vast wasteland. 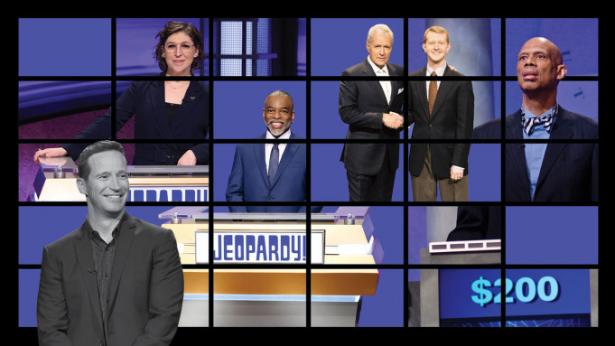 The focus on the sudden stepping down of newly selected Jeopardy! host Mike Richards over insensitive and out-of-touch sexist comments misses the deeper reason the show’s search for a new host has become such a dramatic public debacle. The way the show’s producers handled the transition from the Golden Age of Trebek is just as insensitive and out-of-touch as Richards’ smarmy comments. Even though producers recently announced the delightful Mayim Bialik — an acclaimed actor and Ph.D. in neuroscience — as the temporary host, their tone-deaf misstep suggests the problem may not be just a bad branch, but a rotten root.

Since 1984 — perhaps as an unconscious rebuttal to Orwellian fears of dystopian ignorance — Jeopardy! has been the paragon of game shows as well as a thumbed nose at perpetual complaints that television is just a vast wasteland. It proudly celebrates knowledge and intelligence when other game shows prefer slapstick humor or simple tasks slightly more challenging than cornhole at a backyard barbecue. While these other game shows are admittedly all in good fun and cheerfully entertaining, the source of their fun is often contestant greed, not accomplishment. That’s perfectly legitimate and enjoyable entertainment. However, it focuses on the basest instincts of humanity while Jeopardy! honors our aspirational side.

Though Alex Trebek may have started hosting the show with the background of just another placid game show host, he evolved with the show and became the kindly face of the part of America that venerates knowledge. That’s why choosing the right host to replace him is about more than simple entertainment values, it’s about respecting what the show represents to American culture. It’s about acknowledging Jeopardy!’s significance as an enriching leader in promoting the joys and benefits of education.

This is especially important considering the assault against intelligence and critical thinking the country has faced in recent years. The introduction of the scientific method in the 17th century lifted humanity out of the fetid and superstitious Dark Ages into the bright and vibrant Age of Enlightenment. The simple idea that we objectively gather verifiable evidence before reaching conclusions is the infrastructure of our civilization, both in our scientific achievements and social advancements. It’s the basis of our legal code and our moral code.

Today, science-deniers shake their fists and rattle their pitchforks at any facts they don’t like. History-deniers ignore eyewitness accounts, documentation and indisputable evidence to spin their own narratives that make them feel good about their biases. The problem is that they can cause serious harm to society, future generations and the country itself. Democracy depends upon an informed populace — meaning informed by facts, not curated and redacted news bites. That’s why we have to pay homage to anything in popular culture that promotes knowledge, not as a sign of elitism, but as a triumph of the human spirit’s thirst for understanding. It is the Olympics for the mind.

I realize that knowledge of history or literature or art (or any other categories on Jeopardy!) is not a guarantee of happiness, but it certainly is a substantial advantage on that path. If the journey to fulfillment is like a long hike through the wilderness, knowledge of these subjects is like starting the journey with a knapsack filled with food, water and a compass. And soft toilet paper.

I competed on Jeopardy! in seasons 11 and 15 as well as in the Million Dollar Celebrity Invitational tournament in season 26 and Power Players Week in season 28. I was happy to have a platform to show America that athletes were more than just moving body parts and that we were knowledgeable about much more than sports stats. I hope that my appearances, along with athletes like Reggie Jackson, Martina Navratilova and Aaron Rodgers, elevated the image of athletes and contributed to people taking their voices more seriously when they spoke out about social justice.

Admirably, the producers had rotated guest hosts that represented a cross-section of America: women, men, Black, white. Many were more than just entertainers, they were also doctors, journalists, people with demonstrable interests beyond the television industry. But when it came to choosing the permanent host, they defaulted to a white male with a background as a television producer and game show host. His credentials included stints behind the scenes at The Price Is Right and Let’s Make a Deal, shows featuring avarice more than advancement. The choice of Mike Richards was business as usual.

The ideal host for Jeopardy! should embody what the show means to its viewership: a passion for knowledge and a respect for a diverse community. Maybe the host would also reflect that diversity in order to show that it’s not just white males who can be the gatekeepers to these values. What’s especially shocking is that the producers of a show that is about knowledge demonstrated a substantial lack of awareness of recent cultural history and the coming of age our institutions — from government to the academy to entertainment — have been going through.

To put it in Jeopardy! terms: Answer: Philosopher George Santayana. Question: Who said, “Those who cannot remember the past are condemned to repeat it.”

[Kareem Abdul-Jabbar, an NBA Hall of Famer and the league’s all-time leading scorer, is a recipient of the Presidential Medal of Freedom and a columnist for The Hollywood Reporter.]