These emergency rulings – short, unsigned and issued without hearing oral arguments – undermine the public’s faith in the integrity of the court 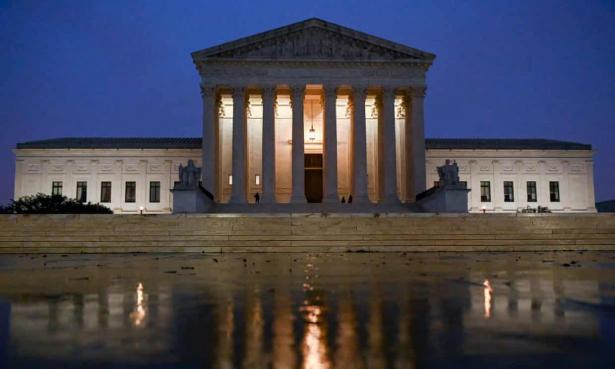 ‘It seems like the majority-conservative court has transformed a rarely used tool into a way to achieve its preferred outcomes without having to justify its decisions to the public.' , Photograph: Erin Scott/Reuters

Last week, it was Remain in Mexico. On Tuesday, the supreme court issued an order requiring the Biden administration to reinstate the Trump-era policy that required asylum seekers from Central America to stay across the border in Mexico while their claims are adjudicated. It was an uncommonly aggressive intervention into foreign policy, an area where previous courts have preferred a light touch, and it posed massive logistical, diplomatic and humanitarian crises at the border that will need to be rapidly resolved if the Biden administration is to comply with the order.

Two days later, it was the eviction moratorium. On Thursday, the court blocked an extension of the federal emergency ban on evictions, gutting a 1944 law that gave the CDC the authority to implement such measures to curb disease, and endangering the 8m American households that are behind on rent – who now, without federal eviction protection, may face homelessness.

Both of these orders last week were issued in the dead of night. Their opinions were truncated, light on the details of their legal reasoning, and unsigned. Vote counts were not issued showing how each justice decided. And despite the enormous legal and human impact that the decisions inflicted, they were the product of rushed, abbreviated proceedings. The court did not receive full briefs on these matters, heard no oral arguments and overrode the normal sequence of appellate proceedings to issue their orders.

Welcome to the “shadow docket”, the so-called emergency proceedings that now constitute the majority of the supreme court’s business. Minimally argued, rarely justified and decided without transparency, shadow docket orders were once a tool the court used to dispense with unremarkable and legally unambiguous matters. To have an issue addressed on the shadow docket, a litigant has to apply for “emergency relief” – usually to stop a decision against them from a lower court from going into effect while appeals proceed. Traditionally, applicants would need to demonstrate that they would suffer “irreparable harm” if their petition wasn’t granted immediately. So one historical use of the shadow docket has been in federal death penalty cases, where the court has used the emergency proceeding to affirm or deny requests for stays of execution.

But in recent years the court has largely dispensed with any meaningful application of the irreparable harm standard, and instead has entertained emergency relief petitions from more and more litigants, issuing shadow docket rulings on increasingly significant and controversial legal questions without the rigor or transparency that such issues demand.

The term “shadow docket” was coined in 2015 by a conservative law professor to refer to the thousands of supreme court actions each term that defy the “normal procedural regularity” of the federal appellate process. A newer, expanded version of the shadow docket began to emerge in 2017, when the Trump administration came to power. Previously, shadow docket emergency requests had rarely been used to advance the interests of the governing administration. From 2001 through 2016, the Department of Justice applied for these emergency relief interventions from the court only eight times. During the four years of Trump’s presidency, however, the justice department applied 41 times. The use of shadow docket requests by Trump’s justice department especially accelerated after 2018, when Justice Anthony Kennedy retired and was replaced by Brett Kavanaugh, initiating the court’s rightward lurch.

The gambit worked. Of those 41 requests, the supreme court granted 28 of them in whole or in part, denying the Trump administration outright only four times – much more generous than the court has been to other litigants. Bypassing lower courts, the Trump administration was able to solicit the supreme court for a green light for border wall funding and construction, for a ban of transgender troops in the military, for a ban of immigrants from Muslim majority countries, and for many, many executions during the administration’s 11th-hour killing spree in the latter half of 2020.

Ultimately, many of the policies that the court used the shadow docket to keep in place were never declared legal: they were simply rescinded when Trump left office. It was only because of the supreme court’s unusual intervention via the shadow docket that they were able to be enacted at all. If this seems like the court merely deferring to the prerogatives of the executive, rest assured that it isn’t: the court’s shadow docket has not been similarly generous towards Biden administration claims.

In this way, the shadow docket’s expanded use raises troubling questions – both for transparency, and for the separation of powers. What does it mean for popular sovereignty when the unelected supreme court can overturn the actions of elected officials seemingly at whim, without reading briefs, without hearing arguments and without having to assign judges’ names to their opinions or make any effort to explain their reasoning? The supreme court’s cryptic, late-night shadow docket decrees risk overextending the court’s already tremendous power, and its lack of transparency shrinks the already slim opportunities for oversight. There is considerable potential for abuse, and there are also simple logistical problems: without a real accounting of the justices’ reasoning, lower courts are left to guess why a certain decision was handed down, rendering them less equipped to interpret precedent.

And all of this is before we get to the shadow docket’s real problem: it further undermines the already severely damaged public trust in the court. The justices and the legal elites who flatter them like to say that the supreme court is composed of neutral, apolitical arbiters of the law. But this mythology conflicts with a growing public perception of the federal judiciary as protectors of Republican priorities. This impression is not helped by the reality that the court’s decisions on the shadow docket seem much less consistent in their legal reasoning than they do in their politics. In light of this, it is tempting to conclude that the court has transformed the once-anodyne tool of the shadow docket into a way to achieve the preferred outcomes of the conservative majority without having to justify its own actions to the public.

Steve Vladeck, a University of Texas law professor and one of the shadow docket’s most prominent critics, summarized the danger in an article in the Harvard Law Review. The shadow docket, he writes, “risks the perception that the rule is not one for the federal government in general, but for the federal government at particular moments in time – perhaps depending on the identity (or political affiliation) of the sitting president, or perhaps, more granularly, depending on the political or ideological valence of the particular government policy at issue”.

With respect to Professor Vladeck, maybe the shadow docket does not risk such a perception – maybe it reaffirms it.

Moira Donegan is a Guardian US columnist