film What Draws Us to the Reactionary Darkness of Dune?

The latest film adaptation of Dune, Frank Herbert’s cult sci-fi novel series, is out next month. With its often-reactionary mix of political cynicism, ecological catastrophism, and lurid orientalism, it remains oddly attractive to left-wing audiences 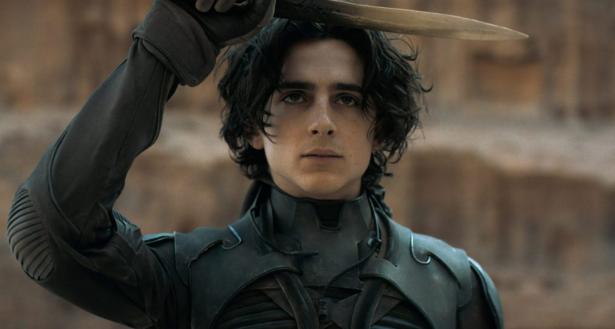 The new adaptation of Frank Herbert’s 1965 science fiction hit novel Dune looms ever closer. Canadian director Denis Villeneuve’s hyped film is due to hit screens next month. Anxious about attracting cinema audiences, the film’s distributor is desperately trying to pitch it as Marvel-esque, while the novel’s legions of fans are waging a spiritual struggle online to defend the franchise’s “high political art” credentials.

Dune is a psychedelic, epic, and immersive exploration of power struggles and social control. It’s also often ham-fisted and politically hazy. It’s not too hard to see how the novel became wildly popular through word of mouth in the mid-1960s. It borrows madly from almost every major religion, with an obsessive emphasis on mystical, transcendental inner experience.

That the franchise has remained consistently popular ever since — if ill-served by previous cinematic adaptations — suggests something in it still resonates. Whether that something is political cynicism, white savior mythology, consumerist syncretism, ecological catastrophism, lurid orientalism, or some combination of all of these and more depends on who you talk to.

Author Frank Herbert’s grandparents and parents were part of the Eugene Debs-era cooperative socialist movement. Herbert himself, however, rejected this collectivist politics in favor of a macho and conservative individualism. In his thirties, he worked for a series of Republican politicians and candidates and became increasingly anti-government.

After its publication, Dune nonetheless became popular among a set of leftish student hippies, but Herbert himself was never part of nor related to this layer. For example, one of his influences while writing the novel was S. I. Hayakawa, a semantics academic. California Governor Ronald Reagan specifically appointed Hayakawa President of San Francisco State University to break a strike led by the Third World Liberation Front, the Black Student Union, and the American Federation of Teachers.

Hayakawa and Herbert got along well, and Herbert was invited to help weaken the strike by conducting writing seminars in 1968. He readily agreed.

Herbert rejected collectivist politics in favor of a macho and conservative individualism.

After the success of Dune, he worked as a Vietnam War correspondent for the Seattle Post-Intelligencer. Despite his open opposition to the war, Herbert was a vocal supporter of Richard Nixon. This wasn’t as counterintuitive as it may sound: Herbert’s main political conviction was that “governments lie.” He perversely argued that the president’s crimes were helpful in that they would convince Americans to trust government less.

Herbert may have been against the Vietnam War, but he was no friend of anti-colonial liberation struggles. He was preoccupied with Native American culture and suffering, but even this was filtered through what his family called his self-conception as a “great white expert.”

After the publication of Dune, this morphed into a Quentin Tarantino-like fixation on the idea of an Indian avenger that his Quileute friends tried to persuade him was a white concoction and had little connection to their culture. In Herbert’s mind, this Indigenous angel of vengeance was less about radical equality and more a divine judgement on the decadence of white government and society.

Herbert was also frighteningly homophobic, equating homosexuality with violence and the collapse of society. He lectured his son Brian about how “repressed homosexual energy” could be harnessed by armies for murderous purposes. In an unpublished epic poem Herbert wrote that

Each fall into darkness.

Hints of all these views are evident throughout the Dune novels. Almost all the series’ collectives are delusional, its political saviors great villains in disguise, its indigenous peoples a divine punishment for cartoonish white homosexual elites. But the tone is also slippery. While some characters are ludicrously didactic, their lessons often resist neat ideological categorization beyond a suspicion of government.

Dune’s contemporary fanbase is infamously diehard. A real rogues’ gallery is smitten with the novel, though they fixate on different aspects.

Elon Musk tweets quotes from it alongside pictures of his SpaceX rockets, no doubt taken with the idea of a future where ordinary people pledge allegiance to great, rich men and their enterprises. His increasingly conservative partner Grimes released a concept album based on the novel (it’s all oriental sampling, mystical feminine wiles, and vague allusions to a larger whole).

To get some clarity, sometimes a frightening ride through the worldview of someone you’d never want to see in charge is just the ticket.

Many soft liberals love it, too. Stephen Colbert is enamored, involved in promotional efforts for the film and admits to having fantasized about being Paul Atreides as a teenager. Biden-inauguration chanteuse Lady Gaga clearly digs the Bene Gesserit, referencing the novel’s infamous Gom Jabbar test in one of her music videos.

Dune has an often reactionary voice, but the novel also casts a strange spell: an open-minded (if not determinedly revolutionary) audience has always found it enticing and, frankly, pretty fun. It’s a guilty pleasure for the more radical left, and there’s no shame in that. Nobody longs for a return to a hackneyed, bland socialist realism. Reactionary genre fiction can be just as enlightening — though certainly not in the way its authors intend.

Frank Herbert might have wanted us to look upon his works and despair of humanity, but he’s long gone. To get some clarity, sometimes a frightening ride through the worldview of someone you’d never want to see in charge is just the ticket. 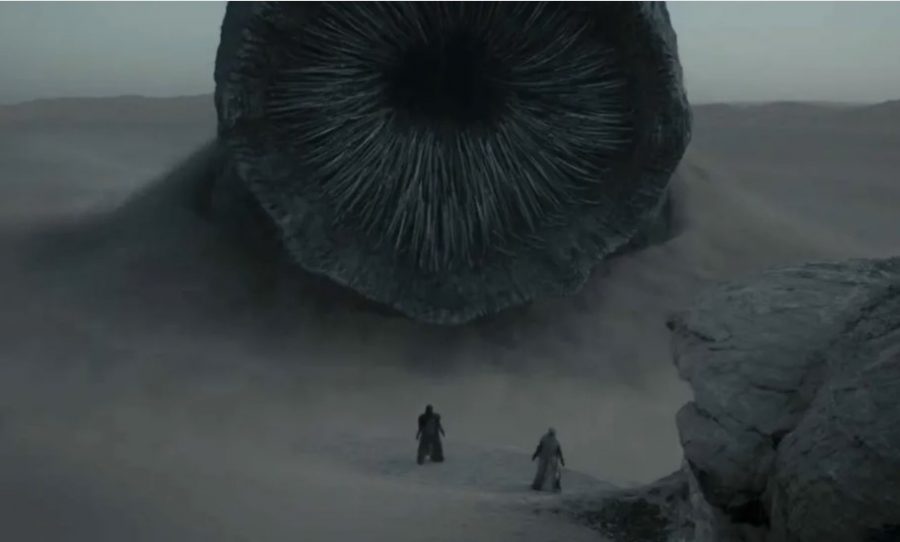 For example, it’s not only fun to experience the apocalypse through Selma Lagerloff’s supernatural horror The Miracles of Antichrist, in which the False Prophet is a socialist. It also provides insight into how the nineteenth-century capitalist right understood the landscape of growing class conflict.

Dashiell Hammett’s Continental Op (penned just after his early stint as a strikebreaking Pinkerton agent) lets us swagger through the fantasy self-image of a capitalist gun-for-hire without — hopefully — succumbing to the same delusion. Herbert’s book does something similar for the cynical worldview of the conservatives who would go on to build neoliberalism.

For his part, director Denis Villeneuve has endeavored to spin the film’s contemporary relevance as largely ecological. He argues, as many fans have, that Dune is

Villeneuve’s ecological pitch is a useful talking point, considering that Dune’s protagonist ultimately answers this call by implementing a galaxy-spanning imperial fascism that kills billions and enslaves many more.

As the far-right slowly becomes more savvy at incorporating the climate catastrophe into its worldview and practical politics, the question of how convincingly the Left answers this call for change is the “what is to be done” of our time. Frank Herbert, for all his faults, was adamant that messianism, fascism, and imperialism were not the right response to environmental disaster. On that, at least, most of us can agree.

Chris Dite is a teacher and union member.