Seventeen recipients of the Nobel Memorial Prize in Economic Sciences have signed an open letter in support of President Biden’s Build Back Better package currently being considered in Congress. 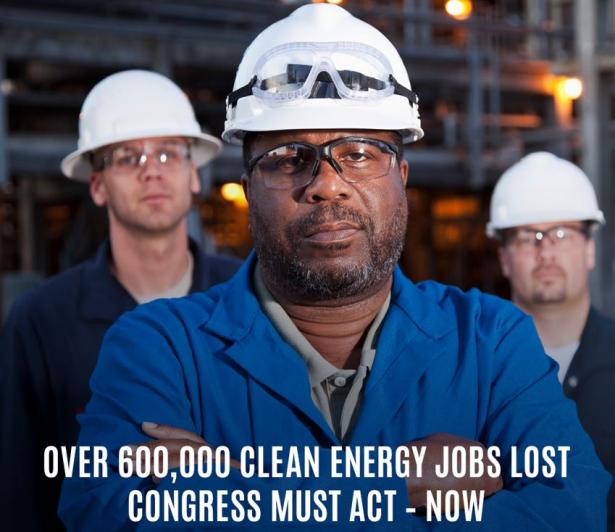 Seventeen recipients of the Nobel Memorial Prize in Economic Sciences have signed an open letter in support of President Biden’s Build Back Better package currently being considered in Congress. Below is a statement from Nobel Laureate economist Joseph Stiglitz:

The President’s economic agenda, the “Build Back Better” package being debated in Congress, would provide vital public investments in the nation’s physical and human infrastructure, as well as in our tattered safety net. These investments are long overdue—they were needed before the COVID-19 pandemic, and their necessity has been highlighted by the virus and the economic shock that came with it.

Some, however, have invoked fears of inflation as a reason to not undertake these investments. This view is short-sighted. These are importantly supply side measures, increasing the ability of more Americans to participate productively in the economy, helping to improve our low employment-working age population ratio. Significantly reducing the fraction of children growing up in poverty and giving these children access to pre-K and college education will reap large dividends in years to come. We need safe school buildings and bridges, and affordable child and elder care, whether inflation is 2% or 5%. With the investments being financed by tax increases, the inflationary impacts will be at most negligible—over the medium term outweighed by the supply side benefits; and their progressivity will help address one of the country’s critical problems, the growing economic divide.

The Build Back Better package will provide much needed support to a still-recovering economy, but it will accomplish much more than that. By meeting long-standing social needs, boosting long-term economic performance, and taking serious steps toward addressing the climate crisis we can already see unfolding, it would transform the U.S. economy to be more efficient, equitable, sustainable, and prosperous for the long run, without presenting an inflationary threat.

I am pleased that 16 other winners of the Nobel Memorial Prize in economics join me in endorsing the contours of this transformative economic agenda.

Read the open letter signed by 17 recipients of the Nobel Memorial Prize in Economic Sciences. 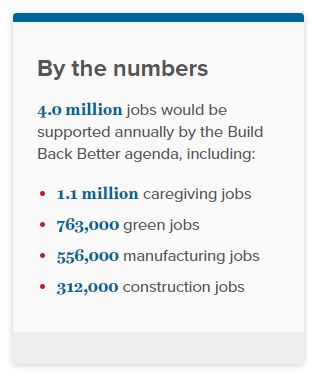 The American economy appears set for a robust recovery in part due to active government interventions over the past year and a half, including President Biden’s American Rescue Plan. But, reversing years of disinvestment in public goods and addressing the country’s long-term needs—including building toward sustainable and inclusive growth and facilitating our clean energy transition—will require more.

Success in the 21st century will require building upon the bi-partisan infrastructure deal that has passed the Senate, which prioritizes investments in our nation’s “hard” infrastructure. The President’s Build Back Better agenda employs a broader conception of infrastructure by making critical investments in human capital, the care economy, research and development, public education, and more, which will reduce families’ costs.

While we all have different views on the particulars of various economic policies, we believe that key components of this broader agenda are critical—including tax reforms that make our tax system more equitable and that enable our system to raise the additional funds required to facilitate necessary public investments and achieve our collective goals. Because this agenda invests in long-term economic capacity and will enhance the ability of more Americans to participate productively in the economy, it will ease longer-term inflationary pressures.

Signed by 17 recipients of the Nobel Memorial Prize in Economic Sciences: