This is How America’s Richest Families Stay That Way

An obscure and wildly consequential tax rule allows billionaires to pass vast sums of wealth down to their heirs tax-free. 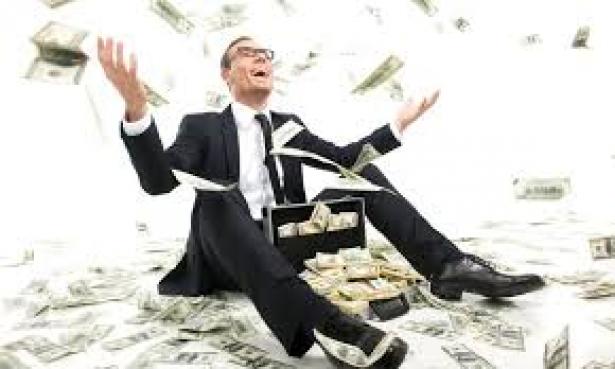 Most people have probably never heard of a stepped-up basis, but it might just be the most important tax loophole in America — one that billionaires use to pass vast sums of wealth down to their heirs by avoiding capital gains taxes.

This supremely obscure and yet wildly consequential rule concerns assets passed from people to others when they die. If parents buy a stock for $1 and leave it to a child (or for that matter, anyone) in their will, the tax code changes — or steps up — its base value, from the original price to whatever it was worth when they died. Say that stock was worth $100 when they died. If the child sells it later for, say, $150, the child would owe taxes only on the $50 upside, instead of the entire $149 profit the family made off the stock over the course of two generations. In April, former Senator Heidi Heitkamp of North Dakota called it “one of the biggest scams in the history of forever.”

For a select few families with vast fortunes amassed over many generations, it means that they can pass down millions or billions of dollars in stock, investments or real estate without having to pay income or capital gains taxes on many decades, or possibly a century or more, of gains. The windfall grows each time the money is transferred, endowing those families with disproportionate power for generations to come.

And for the first time in years, there’s a chance that the loophole could be reformed.

But while President Biden wants to overhaul stepped-up basis to help finance his ambitious social spending plan, some members of his own party have joined up with Republicans and lobbyists for the wealthiest American families to fight tooth and nail to keep it on the books. The House Ways and Means Committee pointedly left the reform of stepped-up basis out of the tax plan it released earlier this month. But the reconciliation process is far from over. The reform could be introduced into the bill before it reaches the House floor. The stakes are high because what’s on the line is nothing less than who we are as a country. If the rule’s supporters are successful, they will lock in a system that has created extreme wealth and that hands enormous political power to just a few families.

According to a new report by the Institute for Policy Studies, the 27 richest American dynastic families have seen their wealth grow by a combined 1,007 percent since 1983, while the typical family has seen its wealth increase only by 93 percent over nearly the same period. This divergence has only become more pronounced with the onset of the pandemic: Since March 2020, the median growth in the net worth of the top 10 families was 25 percent.

The divergence isn’t just the natural product of the free market. It’s the result of fastidious lobbying that creates powerful dynasties with the cash to create a skewed debate.

One effective strategy lobbyists have used, said the Columbia Law School professor Michael Graetz, is to make farmers, rather than wealthy families, the face of the fight. Former Senator Max Baucus, a Democrat from Montana, made this case in a recent column in The Wall Street Journal, claiming that reforming the loophole would “destroy farms and ranches” by saddling their owners with crushing taxes.

This argument is profoundly misleading. If Congress agrees to reform the loophole, it could easily make sure any farm that stays within a family can defer these taxes indefinitely. And farms are not the main group affected by the loophole anyway. According to IRS data, most of the wealth transferred at death is not assets like farms, but portfolio wealth — stocks, bonds and other investments.

But that hasn’t stopped at least one Democrat who once saw the wisdom of reforming the loophole from apparently turning heel. In the five months since she called the stepped-up basis loophole a scam, Ms. Heitkamp has become one of the leading voices lobbying to keep it on the books, through a new nonprofit she chairs called Save America’s Family Enterprise. (Ms. Heitkamp has said that she objects to the way in which Mr. Biden is proposing to reform the loophole, but would favor a different solution.)

To some extent, the name of her organization is apt, but the family enterprises the group is working to save could have familiar last names like Walton, DuPont and Koch. Others are less well known, like the intensely secretive and politically active Mars family, owners of Mars Inc., a company known for candy, prepared rice and pet food that was founded in 1911. Family members keep a low profile (few pictures of the family exist — the patriarch Forrest Mars Sr. once threw a napkin over his head to avoid a photographer), but they’ve spent millions to eliminate the estate tax over the years. The Mars family has not publicly come out against Mr. Biden’s proposed stepped-up basis reform, but in 2020 alone, they devoted $720,000 to “issues related to estate and gift tax reform,” according to the Institute for Policy Studies.

Their descendants — and the children of today’s oligarchs, like Jeff Bezos and Elon Musk — stand to inherit unthinkable sums of money, further concentrating wealth and political power away from the rest of society, including small businesses and farmers. Stepped-up basis could shield billions of dollars in inherited wealth. Bob Lord, tax counsel for Americans for Tax Fairness, estimates Mr. Bezos’ heirs could avoid up to $300 billion in income tax liability if he leaves them $1 trillion in Amazon stock. Wealth easily buys political power. The longer we fail to constrain inherited wealth, the sooner the dream of a democratic society dies.

But there are clear solutions. Eric Kades, a professor at William and Mary Law School, suggested that Mr. Biden can reverse the expansion of hereditary wealth and power not only by throwing his full weight behind a push to strong-arm the House into including the reform of stepped-up basis in the final bill but also by increasing I.R.S. enforcement and cracking down on dynastic trusts by ensuring that all trusts are dissolved after the children of the trust’s creator die, preventing the exponential growth of wealth over generations. Mr. Kades calls it a federal “rule against perpetuities.” He said these rules emerged centuries ago in England when judges noticed that inherited wealth was getting out of hand. In England, those laws are still on the books. But in America, rules against perpetuities have effectively disappeared. It’s a bizarre twist in history. “Today,” he said, “we’re a more feudal society than the British.”

Robin Kaiser-Schatzlein, a journalist, has written extensively about work, business and economic policy.