The Mind-Blowing Political Potential of a College Football Players Union

A union of college athletes could become one of the strongest progressive institutions in the South. 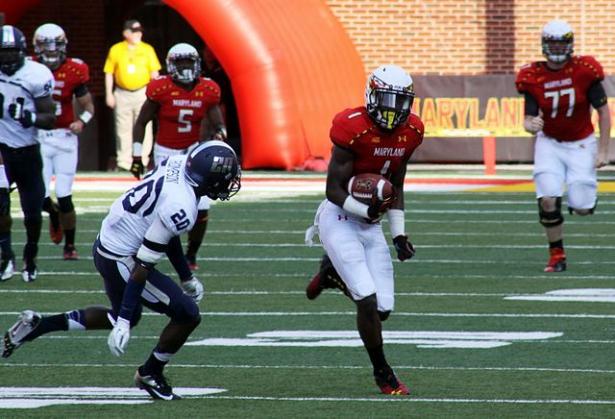 Creating real, lasting progressive change in the South is hard. In the 1860s, it took an invasion by the U.S. military. In the 1960s, the civil rights movement did it by bringing the moral weight of the entire world’s attention to bear. But permanent institutions in the South that have the power to enact lasting reforms without being crushed by latent cultural hostility are exceedingly rare.

Well, here’s an idea for a new progressive institution powerful enough to bend the South to its will: A union of college football players.

And now such a thing can become a reality! Because Jennifer Abruzzo, the Biden administration’s top National Labor Relations Board lawyer, issued a memo Wednesday asserting her position that certain college athletes are, in fact, employees, and therefore entitled to the protections of the National Labor Relations Act. That means that the legal path to unionizing college football players is now wide open.

This is a very good thing for NCAA athletes in big time college sports, who have, for generations, been exploited by the NCAA, earning millions of dollars for their schools without being entitled to any of the proceeds of their work. It is also a good thing for the U.S. labor movement, which has just been handed an incredibly powerful tool for improving the politics of red states. Now it needs to use this tool wisely.

There are huge numbers of conservative Southerners who would fight against all important progressive reforms — unless doing so threatened their access to college football. Then, they would at least be willing to negotiate. A union of Southeastern Conference football players, from schools like Ole Miss, Alabama and the University of Georgia, could force the powers that be in the South to come to the table and negotiate on broader social and economic issues in a way that almost no other group could. It could be the crowbar that breaks open doors that have been locked for more than a century.

You can march in the streets of the South all you want. But if you can create the legitimate threat of shutting down an Alabama football game, the most racist power brokers in the state will sit down and listen to you.

This will, of course, be a process. We’re talking about building not just a union of college football players, but one that could exercise credible strike threats — and one that’s politically conscious enough to realize the power it has to make demands that stretch beyond the campus borders. But such things are not unprecedented. Just last year, college football players in Mississippi banded together to boycott practice and to speak out against police brutality. Were they all condemned, suspended, or kicked off the team? No. Their coaches and their schools were absolutely tripping over themselves to issue statements of support. The NCAA’s entire system of control over college athletes amounts to a long con. In the end, they will do whatever it takes to make sure that the games are played on Saturday.

In her memo, the NLRB’s Abruzzo raises the possibility that the NCAA could be considered a ​“joint employer” of players along with schools themselves, which could set the stage for one big contract governing thousands of athletes at schools across the country. Still, the players at each school can now be unionized, and those unions will immediately become durable institutions with staying power and legal rights. If those unions are well organized, and the players are made to see the latent power that rests in their hands — as a direct result of their ability to withhold their own labor — there is really no limit to what sort of issues they could raise, or demands they could make. They are the ultimate ​“superstar” employees; their leverage is extremely high, because replacing them would result in a drastic loss of quality that millions and millions of fans would find intolerable.

If you are a big time, Division One, SEC college football player, there is a very good chance that you are a young Black male who grew up middle class or poor. You are, without exaggeration, a member of the single most persecuted socioeconomic class in this country. You have just been handed a mechanism to convert your talent on the football field into concrete political change that millions of people have struggled to achieve for centuries. When you unionize, and the coaches and administrators come and offer you better meals and better dorms and small amounts of money, do not be tricked. You can get much more than that. Because you, and only you, are the ones who do the work.