books "The Right to Sex" Thinks Beyond the Parameters of Consent

An essay collection centering on issues facing feminism today, the author calls on the movement to be “relentlessly truth-telling, not least about itself,” focusing on consent, intersectionality, misogyny, gendered violence, and other topics. 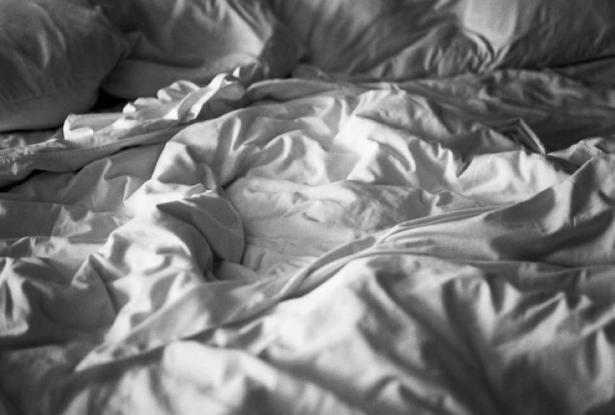 Americans don’t think about sex nearly enough — this occurred to me after reading “The Right to Sex,” Amia Srinivasan’s quietly dazzling new essay collection. Talk about it, yes; argue over it, most definitely. But Srinivasan, a professor of social and political theory at Oxford, wants us to think more fully about sex, as a personal experience with social implications: “Sex, which we think of as the most private of acts, is in reality a public thing.”

The notion that the personal is political was of course central to the second-wave feminists of the 1960s and ’70s, whose critiques of sex Srinivasan takes inspiration from here, even if she doesn’t always agree with them. (The subtitle of the book’s American edition is “Feminism in the Twenty-First Century” — curiously not included on the British edition, which appeared first.) That older generation talked unapologetically about “morality” and “the patriarchy”; since the 1980s, there’s been a turn away from that approach, Srinivasan writes, yielding “a feminism which does not moralize about women’s sexual desires, and which insists that acting on those desires is morally constrained only by the boundaries of consent.”

But by focusing so narrowly on the matter of consent, feminism may have lost its purchase on some other fundamental issues. “Sex is no longer morally problematic or unproblematic: it is instead merely wanted or unwanted,” Srinivasan writes. We want what we want because we want it — treating the norms of sex like “the norms of capitalist free exchange.” We ask only whether the parties involved agreed to the transaction; we neglect to ask about the forces that shape whatever they expected and desired in the first place.

This is, needless to say, fraught terrain, and Srinivasan treads it with determination and skill. She wants nothing less than “to remake the political critique of sex for the 21st century: to take seriously the complex relationship of sex to race, class, disability, nationality and caste.” She writes about pornography and the internet, misogyny and violence, capitalism and incarceration. She also makes space for ambivalence, for idiosyncrasy, for autonomy and choice.

These essays are works of both criticism and imagination. Srinivasan refuses to resort to straw men; she will lay out even the most specious argument clearly and carefully, demonstrating its emotional power, even if her ultimate intention is to dismantle it. In the first sentence of “The Conspiracy Against Men,” she says that she knows two men who were falsely accused of rape. But after describing both men’s (very different) situations, she says that she knows “many more than two women who have been raped”: “With just one exception, none of the women I know pressed criminal charges or made a report to the police.”

And she doesn’t stop there. The essay proceeds to make a number of turns — bringing in the long history of lynching and false rape accusations against Black men; the unequal application of the law; an account of the sympathy extended to Brock Turner (the Stanford swimmer convicted of sexual assault) and to the Supreme Court justice Brett Kavanaugh.

Srinivasan persuasively argues that anxiety about false accusations in the era of #MeToo reflects a larger anxiety, having only partly to do with sex at all. Middle-class and wealthy white men could traditionally trust that they wouldn’t be subjected to the “injustices routinely perpetrated by the carceral state against poor people of color,” she writes. In the case of rape, however, and in light of recent exhortations to “believe women,” well-off white men no longer feel secure that they will “be shielded from the prejudices of the law.”

This, then, is a book that explicitly addresses intersectionality, even if Srinivasan is dissatisfied with the common — and reductive — understanding of the term. Paying attention to difference isn’t enough, she says. For a book by a philosopher that makes a vibrant case for theory, “The Right to Sex” keeps returning to the reality of lived experience. Srinivasan places the most vulnerable people at the center of her analysis, insisting that any action has to be judged in terms of its effect on them. She quotes the Black lesbian feminists of the Combahee River Collective, whose 1977 manifesto stated plainly that the ends did not always justify the means: “We do not want to mess over people in the name of politics.”

When it comes to politics, radicalism and pragmatism might seem to be entirely at odds, but Srinivasan dares us to see how they need to be connected. Radicalism without pragmatism can be coercive; pragmatism without radicalism can be complacent. She tries to reconcile the two — not by settling into a blithe centrism, but by suggesting that in the worthy urge to be respectful of individual differences and decisions, feminism cannot lose sight of the larger structures of subordination.

Instead, Srinivasan proposes the kind of education enacted in this brilliant, rigorous book. She coaxes our imaginations out of the well-worn grooves of the existing order. She doesn’t deliver lessons from on high but encourages us to think alongside her — even (or especially) when it feels uncomfortable. “These essays do not offer a home,” she writes. “But I hope they do offer, for some, a place of recognition.”

Book author Amia Srinivasance currently holds the Chichele Professor of Social and Political Theory at All Souls College, Oxford: she took up the appointment on January 1, 2020. She is an associate editor of the philosophy journal Mind and a contributing editor of the London Review of Books. Her other work has appeared in The New Yorker, The New York Review of Books, Harper’s, the Times Literary Supplement, The Nation. The New York Times, The Financial Times, New York Magazine and Tank.

[Essayist Jennifer Szalai is a top book reviewer at the New York Times. A collection of her reviews is available at https://www.nytimes.com/by/jennifer-szalai]