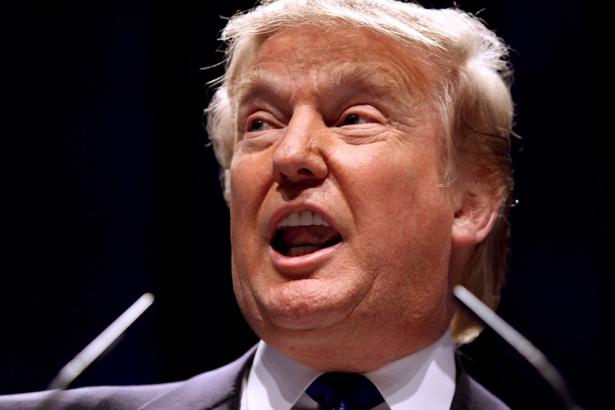 , Donald Trump by Gage Skidmore is licensed under CC BY-SA 2.0

Days before he left office, President Donald Trump was weighing a last-ditch effort to force the Justice Department to do his bidding and overturn the 2020 election results. He almost went through with it but was talked off the ledge when his White House counsel called it a "murder-suicide pact," and he and his deputy threatened to resign.

That's according to a 394-page report from the Senate Judiciary Committee detailing Trump's myriad efforts to take back the White House after losing the election to Joe Biden.

Parts of Trump's plan were previously reported by The New York Times, but the Senate's is the first congressional report to document it in detail. It's also the first to reveal then-White House counsel Pat Cipollone's response and the lengths to which he and his deputy Patrick Philbin were prepared to go to stop Trump.

The president's scheme to nullify the election results hinged on ousting the acting attorney general, Jeffrey Rosen, and replacing him with a loyalist, Jeffrey Clark. At the time, Clark was running the department's civil division and was a key supporter of Trump's crusade to force battleground states to decertify Biden's win.

In addition to appointing Clark as acting attorney general, Trump wanted to send a letter drafted by Clark to the "relevant" battleground states informing them that the DOJ had found election irregularities in those states and asking them to consider appointing a new slate of electors.

Trump's plan floored senior White House and DOJ officials, who during a January 3 Oval Office meeting threatened to resign en masse if he went through with it. Cipollone and Philbin attended the meeting, as did Clark, Rosen, his deputy Richard Donoghue, and Steven Engel, the assistant attorney general for the Office of Legal Counsel. Rosen also told the committee that Eric Herschmann, a senior advisor to Trump, was at the meeting.

According to the report, Donoghue and Engel warned Trump that if he went through with his plan, all the assistant attorneys general across the DOJ would resign. That would only be the beginning, they said.

Donoghue told Trump that US attorneys and other DOJ officials may also quit, the report said. Donoghue also told the committee that Cipollone and Philbin pushed back hard on Trump's proposal, with Cipollone calling Clark's letter a "murder-suicide pact," while he and Philbin "indicated that they would also resign," according to the report.

It was a remarkable turn of events for Cipollone and Philbin who only one year earlier had defended Trump in his first high-stakes impeachment trial over his efforts to strongarm the Ukrainian government into launching politically motivated investigations into the Bidens.

Donoghue went on to tell the committee that Trump didn't back off of the plan until very late in the conversation. The report said that after a few hours of "radio silence," Rosen's chief of staff Patrick Hovakimian emailed DOJ leadership saying he only had "limited visibility" into the situation, "but it sounds like Rosen and the cause of justice won." Hovakimian's email was also featured in a trove of documents the House Oversight Committee released earlier this year.

John Demers, then the assistant attorney general for national security, replied, "Amazing," per the report and emails released by the oversight panel.