The only way to save Afghanistan is solidarity of the progressive, democratic and secular forces. We want an Afghanistan free from fundamentalists and foreign intervention, in which men and women have equal rights based on democracy. 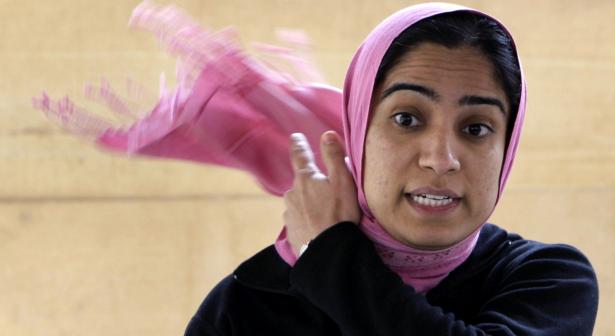 Twenty years after the U.S. launched their invasion and war, the people of my long-suffering country are right back where we started. After trillions of dollars spent, and hundreds of thousands killed and displaced, the Taliban flag is once again flying over Afghanistan.

As the youngest woman elected to Afghanistan’s Parliament back in 2005, my experience reflects the failure of the U.S. and NATO war — a policy that used women’s rights as a pretext for occupation but only managed to empower the most corrupt forces in our society.

I survived several assassination attempts because I spoke out and condemned the presence of warlords and criminals in the Afghan government installed by the U.S. occupation. Then I was kicked out of Parliament entirely and forced to live an underground existence.

The rise, and now the return, of the Taliban, and the ideological brothers of these extremists  such as ISIS, al-Qaeda and dozens of other terrorist organizations in Afghanistan, is the result of decades of foreign intervention and corruption which has turned the hope of life and a relatively bright future into a terrible nightmare for our helpless compatriots. For 20 years now, I have given voice to my people’s struggle for freedom, independence, prosperity and social justice, and I have always been on the edge of protest against the Jihadi-Taliban fundamentalists of every stripe and their bloodthirsty foreign masters. For more than four decades, these fundamentalists were mercenaries and creatures of the infernal organizations of the CIA, Mossad, MI6, Wawak/Savak and ISI, who killed our defenseless and innocent people and drove people from their homes.

The biggest treason of the U.S. to the Afghan nation is the submission of Afghanistan to the Taliban through a shameful deal helped by the puppet regime of Ashraf Ghani. With this action and giving amnesty and international recognition to terrorist Taliban who are on the UN blacklist as wanted criminals in the name of a peace agreement, the U.S. proved once more that it has an inseparable bond with its lackeys. The same treason was committed 20 years ago in Afghanistan after 9/11. The U.S. replaced the barbaric Taliban regime, who were responsible for the savage civil war from 1992-1996, with fundamentalist warlords and some western technocrats.

Now, once again they brought the Taliban to power under the name of a so-called “peace.” In fact, history is repeated in Afghanistan and they disrespected and betrayed the values of democracy. This brutal war is far from over because a sinister dealing with a savage group armed and supported by foreign intelligence agencies will never bring peace, and peace without justice is meaningless.

Looking back to history, the U.S. regime has committed war crimes and they did so even in their last operation in Afghanistan by shooting into the crowds waiting at the airport, killing and wounding more than 40 Afghans and several other desperate people who fell from a military plane. They launched rockets from the airport towards residential areas in the name of targeting ISIS and as a result killed nine innocent Afghans, including women and children.

Everyone knows the Taliban came to power in a disgraceful American deal, otherwise how could the U.S. government and the Ghani regime have completely disintegrated overnight with all these military facilities and 20 years of support from the so-called international community. This is perhaps the ugliest and most painful tragedy of the past 50 years, in which the CIA and other foreign intelligence and military forces have humiliated and tortured our freedom-loving nation and left it in the mouth of a rabid dragon.

Less than two months into this new Taliban regime, we can already see the brutality they will unleash against our people. Prominent examples are the bombing and destruction of large areas of Panjshir and the deliberate and targeted killings of Panjshiris, summary executions, forced relocation of Panjshir residents, brutal repression of demonstrations and torture, the disappearance of many journalists and social activists, the disappearance of a number of young protesters, whose fate is still unknown, and dozens of other tragic cases that have been recorded in the deadly regime of these savage murderers. I have said many times in the past and I repeat now that the Taliban have not changed, nor have they become moderate, soft-spoken and humane. Whatever public relations the “new” Taliban attempt, do not doubt the brutality with which they will again destroy the valuable pillars of the society.

In addition to the U.S. and its nefarious interests, regional powers have long been interested in intervention in our country and wanted to occupy or control Afghanistan — especially China, Russia, Pakistan and Iran. Each of these countries have their own specific strategic interests, for their own benefits. Furthermore, countries like the U.K., Germany, Turkey, Qatar, France and many others have contributed to the instability of Afghanistan pushing it back to the dark ages for their own political, economical and military interests.

Women’s rights under the Taliban regime are non-existent and will include torture, beating with lashes, forced marriages, stoning, banning of music and deprivation of basic lifestyles, deprivation of education and jobs, and many more examples showing their misogynous and inhumane nature. A clear recent example is the women covered from head to toe in black Hijab at the University of Kabul and at the streets in Kunduz, Faryab and Kabul, who blindly came on stage with the slogan “Death to Democracy and Long Live the Emirate.” Although the Taliban brutally persecuted Negars, Razias and dozens of other girls and women, they can never silence the call for women’s liberation and equality. Widespread protests against the absurd and rotten ideology of the Taliban have begun with the presence of progressive and fearless women. These incredible displays of courage are a source of hope for further effective movements and the nationwide women’s movement.

The catastrophe has caused many men and women to be unemployed and at the same time inflation has risen, which will lead to extreme poverty. Looking at the streets of Kabul, Herat and Balkh, we see only long queues of people selling household appliances due to poverty and misery. It is heartbreaking to see that some families have even had to sell their beloved children or their own kidneys or commit suicide because they could not feed their children.

Banks were closed for a while after the Taliban takeover, and people now have only limited access to their own money. In the absence of salaries, many former government employees spend hard and exhausting days searching for the means of survival or risk death for a chance at illegal immigration. Most health workers have left their jobs or turned to precarious work outside their field. The value of the Afghan currency has plummeted to an all-time low over the past 20 years, and the $9 billion of capital frozen by U.S. criminal bullies has deepened the current catastrophe, and our oppressed people are the ones who are struggling every day.

I have repeatedly emphasized that the only way to save Afghanistan and to get rid of this catastrophic situation is solidarity of the progressive, democratic and secular forces. If we want to have an independent, democratic and prosperous Afghanistan in which men and women have equal rights based on democracy, people need strong solidarity to be free from fundamentalists and any foreign interventions. For two decades I have been repeatedly saying that “no nation can give liberation to another nation.” Now I insist again that only nations can liberate themselves.

Afghans are a courageous and determined people, and even in these dark hours for our country we will find new ways to unite and fight for our liberation. International solidarity and support are crucial at this time. Do not forget the women of Afghanistan just because the U.S. and other NATO troops have gone home. We are more determined than ever to come together to make sure that one day the true flag of our country will fly over an independent and free Afghanistan.

Malalai Joya is an activist, author and former member of Afghan Parliament.