How the GOP Will Try To Subvert Our Elections

We are one, maybe two, elections away from a constitutional crisis. The future of our democracy rests on whether those committed to free and fair elections will prepare to defend that democracy. 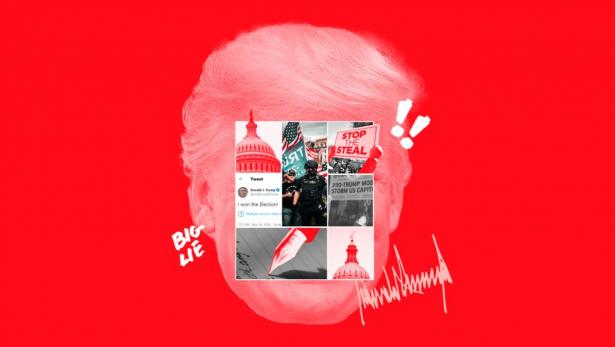 We are one, maybe two, elections away from a constitutional crisis. More than a year ago — before Election Day — Donald Trump made clear that he would not accept the results of free and fair elections if he did not win. Too few people paid attention, discounting it as the ravings of a soon-to-be failed candidate. In the days following the November 2020 election, Trump and his allies executed a plan to subvert the election results. While they failed, Republicans learned from the experience and are prepared to try again. The future of our democracy rests on whether those committed to free and fair elections will prepare as well.

Immediately following the insurrection on January 6, Republican state legislatures began laying the groundwork for 2022 and 2024. They enacted new voter suppression laws optimized to disenfranchise Black, brown and young voters. They created false narratives of election irregularities and rallied their supporters around the Big Lie. Most recently, they began using their power in the redistricting process to ensure Republicans control the U.S. House over the next decade.

Meanwhile, Democratic efforts in the states have been more limited. Where they control state power, Democrats have not expanded voting rights at the same pace as Republicans have restricted them. New York still has many restrictive voting laws, including a ban on providing food and water to people waiting in line at the polls. Virginia requires an ID to vote in person and a witness signature to vote by mail. Colorado, which prides itself on its vote-by-mail law, rejected 29,000 mail-in ballots, two-thirds of which were from voters under the age of 35.

At the federal level, Democrats have proposed two pieces of significant voting rights legislation, the John Lewis Voting Rights Advancement Act and the Freedom to Vote Act. Together they would rival the magnitude of the 1965 Civil Rights Act, yet neither has prospects for success as long as the Senate’s filibuster rule applies.

Facing this grim reality, some have begun to urge Congress to ignore voter suppression and focus exclusively on the potential for election subversion in 2024. Specifically, they obsess over the outdated and imprecise Electoral Count Act — the process by which states select and Congress certifies presidential electors. While no one questions that this Act needs reform, the idea that we can fix democracy simply by revising this one law is simplistic and wrong. It ignores the fact that election subversion begins with the rules used for voting and continues through state certification processes. It also ignores the reality that presidential elections are not the only ones being targeted for subversion.

This misguided effort ignores the fact that voting rules that maximize participation result in fewer disputed outcomes, while complex and restrictive rules create a larger pool of disputed ballots that can be used to justify post-election challenges. Republicans learned from 2020 that the absence of virtually any fraud was a stumbling block to their efforts to overturn elections. Since they cannot force voters to commit fraud, they are redefining the term. Several states, including Georgia, Iowa, Kansas and Texas, have criminalized practices that were previously legal. Some of these laws target voters, whereas other provisions are aimed at election workers. The result is the same. The goal of these new provisions is to manufacture fraud where none exists.

By manufacturing fraud, Republicans create controversy that can be exploited after Election Day by Republican candidates who do not prevail. The faux outrage created by the right-wing echo chamber vilifies election workers and provides excuses for disregarding election results.

Republicans are also deeply invested in making key changes to the vote-counting process. In Georgia and Arkansas, the legislature has given Republican-controlled partisan election boards more power. In Arizona, the Republican Legislature passed a new law transferring much of the power to enforce these rules from the Democratic secretary of state to the Republican attorney general. Republicans are also organizing and recruiting “Big Lie” advocates to run county elections and staff local election boards.

Republicans know that the single point of greatest vulnerability for election subversion is the state certification of election results. And each of these changes, from making voting more difficult to ensuring that those who count votes are more partisan, provides an excuse for Republican election officials to refuse to certify election results.

If Georgia Governor Brian Kemp and Arizona Governor Doug Ducey had refused to sign their states’ certificates of ascertainment, President Joe Biden would have faced a difficult path to have his electors in those states recognized. Had those two governors also refused to sign certificates of election for the three senators and eleven Democratic members of Congress elected in 2020, Democrats would have likely been in the minority in both the House and Senate.

It would be troubling enough if election certifications could be sabotaged by governors or secretaries of state. Republicans are already fielding candidates for those offices who would likely block the certification of free and fair election results they do not support.  But, as Republicans demonstrated in 2020, they know how to target vulnerabilities in the system below that level.

The 2020 election results in Michigan were not especially close. President Biden won the state by 150,000 votes, while Gary Peters won reelection to the Senate by 90,000 votes. Given the margins and the fact that both the governor and secretary of state of Michigan are Democrats, Republicans knew that they would have no luck convincing the officials not to certify the presidential and senatorial election results.

This forced Republicans to look further down the line in the Michigan certification process.

In Michigan, official election results originate at the county level. In every county, a bipartisan canvassing board is responsible for collecting the results from the towns and precincts, double-checking them to make sure there are no obvious tabulating errors and then sending those results onto the state for compilation.

Under pressure from the Republican Party, the Republican members of the Wayne County Board of Canvassers initially refused to certify the election results in the state’s largest county for no legitimate reason. It was only after this became national news and pressure mounted that they reversed course and agreed to certify the county’s results to the Michigan State Canvassing Board.

Undeterred, Republicans launched an intense campaign to pressure the two Republican members of the statewide bipartisan board to refuse to certify the results. Again, the relentless pressure from the Republican Party had an impact — one of the two Republican members refused to certify the results by abstaining. Luckily, the other Republican did not. The results were certified and sent on to the governor and secretary of state, who then signed the certificate of ascertainment for president and certificate of election for the Democratic candidate for Senate.

We must begin by honestly acknowledging the scope and complexity of the problem. Pundits and law professors cannot solve this in a sound bite or a law review article. There are no simple fixes or silver bullets. The fight against election subversion is ongoing and multifaceted. We must remain vigilant and proactive in detecting and combating these threats using every tool available, including legislation, public pressure, organizing and litigation.

Critically, we must also resist the advice to disconnect the fight for voting rights from the fight against election subversion. Subverting an election is made easier by confusing and restrictive voting rules. When the process of voting has been criminalized, manufactured claims of fraud will give an easy excuse to those who seek to overturn the results. Anyone who suggests that congressional Democrats pare back the protection of voting rights to focus on election subversion neither understands the problem nor Republican motivation and strategy.

Additionally, we need to recognize that extolling and protecting election officials’ autonomy can be dangerous. We must reject efforts to conflate the interests of election administrators and the interests of voters. When enacting new laws and policies, we must focus on voters while being skeptical of election officials’ claims of inconvenience or secrecy. Some election workers will do the work of democracy. But others will try to subvert it. We cannot build a system that lionizes all election officials and fails to provide the tools to remove those who are undermining the will of the electorate.

For its part, in addition to expanding and protecting voting rights, Congress must reform the state election certification process.

I have previously written:

Congress should require — for federal elections at least — that states certify their elections via a three-person certification commission that is comprised of the state’s chief justice, the justice who most often voted contrary to the chief justice in published decisions of the state supreme court during the year prior and a third justice to be chosen by those two justices. This certification commission would be responsible for reviewing the results, tabulations and underlying election records to ensure that the final certified results are accurate. The signatures of at least two of those commission members would be required on the certificate of election to have a binding effect.

Such a law is essential to reducing the chances that election certifications are blocked by partisan officials acting in bad faith.

Congress must also clearly spell out that the role of canvassing boards and state officials in performing their duty to certify elections is ministerial. It must explicitly limit the ability of those officials to rely on any information or allegations other than the actual election returns from the precincts and counties. And, it must provide a clear private right of action for candidates to sue election officials who fail to perform their duty.

Finally, we must invest in electing Democrats to offices responsible for election certification. This means spending more money to elect Democratic governors, secretaries of state and county officials. It also means recruiting good people to serve as poll workers and on local and county canvassing boards.

I have no doubt that we are only one, maybe two, elections from a constitutional crisis. My fear is that those who support democracy are not as prepared or as focused as those who seek to subvert it. But, I hope I am wrong. Now is the time to act.

Marc Erik Elias is an American attorney specializing in election law, voting rights and redistricting. He is the founding partner of Elias Law Group. Elias was previously a partner at Perkins Coie and head of the firm's political law practice. He served as general counsel for the Hillary Clinton 2016 presidential campaign and John Kerry 2004 presidential campaign. In 2020 and 2021, on behalf of the Biden campaign and the Democratic National Committee, Elias oversaw the state-by-state response to lawsuits filed by the Trump campaign contesting the election results. In 2020, he founded Democracy Docket, a website focused on voting rights and election litigation in the United States.

American democracy is at stake and it depends on each one of us to defend it. The best way to fight against voter suppression? Stay informed.

Get the latest on voting, elections and redistricting sent straight to your inbox.