The neoliberal brand of capitalism has failed the planet and failed civilization. It’s an archaic outmoded system with very deep roots to a centuries-old masculine-dominated white world. 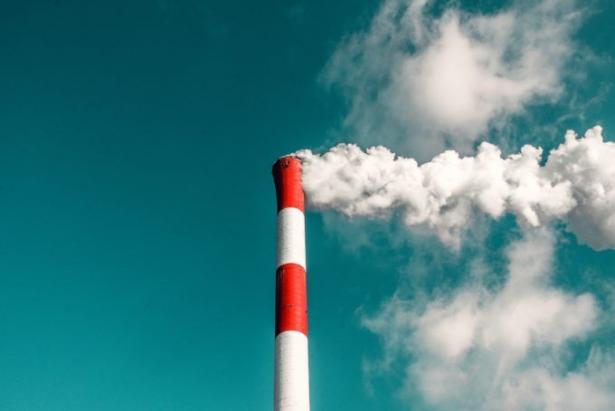 The UN Climate Change Conference (COP26) in Glasgow October 31st thru November 12th may be the most significant climate conference of all time. The fate of the planet is on the line.

Prior to that august event, hundreds of peer-reviewed scientific papers evidenced an alarming fact that the climate system is broken, endangering all complex life. This fact is supported by the Alliance of World Scientists with over 15,000 signatories from 160 countries in support of the following declaration: World Scientists Warning of a Climate Emergency.

Free marketers will argue that solar, wind, woody biomass, tidal, hydro, and geothermal demonstrate real true progress within the scope of a generalized free market response to global warming, especially solar, wind, and biomass. Yet, in reality, these “greenie fixes” are but tiny tokens within a very broad landscape.

Of special interest leading up to COP26, the EU, as well as corporate forestry interests, have a love affair with woody biomass as an important contributor to net zero, but is woody biomass worse than coal?

* Each 1% added to current U.S. electricity production from forest biomass, an additional 18% increase in U.S. forest harvest is required (US Energy Info Agency) 18% gets you 1%, umm?

* Carbon is emitted in the biomass combustion process, resulting in a net increase of CO2 (Columbia University study)

* If we let some of our forests grow, we could remove an additional 10 to 20 percent of what we emit every year. Instead, we’re paying subsidies to have people cut them down, burning them in place of coal, and counting it as zero carbon. (Bill Moomaw, co-author of Nobel Peace Prize-Winning IPCC report)

* Dr. Moomaw led a group of 800 scientists that petitioned the EU to: “End its supp0rt of biomass” in January 2018. The EU Commission voted to keep biomass listed as a renewable energy 6 months later (June 2018), supported by the US and UK.

Meanwhile, moving on and beyond the stupidity of the EU embracing big bucks forestry in what appears to be a phony net zero scheme, according to the IMF, subsidies for fossil fuels, which add fuel to the fire of the climate crisis, totaled $5.9 trillion in 2020 as fossil fuels account for 84% or the world’s primary energy (same % as 50 yrs ago) according to the BP Statistical Review of World Energy 2020. According to the IMF calculations, that’s $11 million every minute in subsidies going up in smoke, sending CO2 skyward. (Source: Fossil Fuel Industry Gets Subsidies of $11M a Minute, IMF Finds, The Guardian, October 6, 2021).

All of the above means free marketers stand on very shaky ground if and when they claim any serious interest in a climate fix. Tokenism doesn’t cut it, especially after decades upon decades of public knowledge of the intimidating enormity of the global warming threat. The gravity of the situation has been an open secret for decades. The fact is the character called Mr. Neoliberal has not gotten the job done but has abetted a worsening of the situation.

When the nations of the world gather under the same banner for the same purpose at UN climate conferences, they’re responding to the failure of the “free market” to provide guidance or concern or pro-active intervention, other than token renewables, whilst the fossil fuel gorilla garners 84% of primary energy. The evidence is found in fossil fuel production for all to see, and it is found in atmospheric CO2 at 414 ppm, up, up, up every year, never ever down.

Understandably, the global warming issue is worldwide and requires the world coming together. But, Mister Neoliberal prefers free market capitalism, let the invisible hand of the market decide, as the most efficient means to achieve human progress via rugged individualism rather than a collective, complemented by the fewest possible regulations and government-lite. The Far Right is pushing for this in America with the GOP as its vehicle, under suspicion of massive payoffs, documented in the 6th-to-last paragraph of this article.

However, fixing global warming requires coalescing world interests simply because it is a worldwide problem, not local, not regional, not national. It’s international! Yet, neoliberalism does not coalesce common interests. Its competitiveness inherently tears common interests apart, taking no prisoners in the universal battle for profits.

David Attenborough, speaking before the UN Security Council in February 2021 said climate change is: “The biggest threat to security that modern humans have ever faced… If we continue on our current path, we will face the collapse of everything that gives us our security.”

He went on to say unparalleled levels of global cooperation are required, meaning it’ll be necessary to “compel countries to question their economic models”, as the only way to deal with issue. (Source: UN Press Release, Security Council, SC/14445, February 23, 2021)

All of which prompts two relevant questions: What’s at stake at COP26 and what role does the neoliberal brand of capitalism play?

As for what’s at stake at COP26, Dr. Jason Box (professor of glaciology, Geological Survey of Denmark and Greenland), one of the world’s leading climate scientists, recently discussed global warming and how it perniciously changes weather patterns, interviewed on the Thom Hartmann Program d/d July 2021. That video can be viewed here.

Dr. Box is a member of the Arctic Monitoring and Assessment Program, as part of the Climate Expert Group analyzing all observational records of climate behavior.

According to Dr. Box: “For the past 50 years we’re finding an increasingly precise story of just how the Arctic climate is unraveling. It is the leading edge of global climate change because the Arctic is warming three times faster than the rest of the world, and that is directly changing weather patterns where most people live in the mid latitudes.”

Because of the disappearance of most of the Arctic’s ecosystem, jet streams at 5-9 miles above react in weird unpredictable fashion, morphing into polar vortexes that dip and remain stuck for protracted periods of time, changing the flow of weather, causing massive flooding and severe droughts and bitter cold waves, as well as stationary heat domes, producing sweltering temperatures but can also fuel violent thunderstorms and stoke dangerous wildfires. This is happening all across the Northern Hemisphere, and it is not normal.

These prolonged weather patterns are negatively clobbering the mid latitudes. For example, fierce heat in Seattle where people never previously needed air conditioning and massive flooding, nearly wiping out towns and villages in Germany and Belgium, and massive destructive flooding in Zhengzhou China (pop. 12M) where passengers on a subway train were trapped with water up to their necks for hours on end and 9,000 homes smashed apart and 1.2 million people displaced. This is not normal.

The wrath of the climate system gone bonkers is fully displayed on the nightly news for everybody to witness. But very few people know and fully understand the root cause of these natural disasters, which are much bigger and more prolonged than ever before. Answer: Human caused greenhouse gas emissions have turbo-charged nature into a batty wacky crazed unpredictable beast!

This unglued climate system smothers ecosystems with punishing severe droughts. According to SPEI Global Drought Monitor, no continent is spared the ravages of severe drought, except for Antarctica. This is happening at unprecedented levels at a global temperature of only 1.2°C above baseline, not the 1.5°C above baseline as suggested by the IPCC as a hopeful stopping point.

Moreover, and of utmost concern, according to Jason Box, recent observations show winter warming that is activating permafrost carbon that has been isolated and frozen for millennia. All of that has suddenly changed with “water ponding” at the surface, which serves as an outlet for methane to emit directly into the atmosphere. The repercussions could be horrifying, but nobody knows for sure if and when it’ll become horrifying, but knowing of that risk is enough.

Speaking of horrifying, recent observations show the Arctic has become an emitter of carbon, rather than a carbon sink, in harmony with automobiles, trains, planes, and power plants. Essentially, and forlornly, the Arctic has officially joined the ranks of anthropogenic (human-caused) greenhouse gas emitters, as the big global human footprint supplants Mother Nature!

Box: “It’s a catastrophe in slow motion, and we are like the frogs in a heated pot… we’re just barely noticing this….”

Yet, it’s started and can only get worse sans far-reaching radical changes in human activity, and most importantly, radical changes in socio-economics. Moreover, as explained by Dr. Box, two-and-a-half times the volume of carbon that’s already in the atmosphere resides frozen in Arctic permafrost. It’s a monster in waiting. Yet, global warming’s thermokarst lakes and collapsing permafrost have not been accounted for in past IPCC climate reports, meaning the IPCC’s carbon budget is likely out of whack, and therefore, there’s much, much less time to do something constructive.

Box: “The path we are on is most definitely a catastrophic path, and how soon does the world become unlivable… I think we’re approaching that when these wake up calls like the Pacific Northwest of the US that was 120°F, shattering records… that’s basically unlivable.”

Box suggests preparing for extreme disruptions. After all, nobody knows “how soon the house of cards comes tumbling down”; however, he does express some hope, albeit with suffering: “We are resilient… when you put the species under threat, it acts very well to preserve its own… but it will not come without a tremendous amount of suffering.”

According to Dr. Jason Box: We must remove >500 gigatons from the atmosphere ASAP, which will be “the project of the century” in concert with halting current carbon emissions.

Neoliberalism as a Failed System

COP26 serves as an unwelcomed catalyst for examining the true essence of the neoliberal brand of capitalism. It is instructive that the climate dilemma brings the world community together to fight a common enemy, which requires cooperation, not competition, the hallmark of neoliberal capitalism, and it requires unanimity of equals, not rich homes versus poor slums.

Neoliberalism emphases limited regulations and limited government, perpetual growth at any and all costs, and favoritism to whomever holds the most marbles. This simply does not compute for a worldwide problem that requires (1) cooperation (2) stiff regulations (3) government influence.

Neoliberal capitalism inherently promotes the profit motive of consumer goods in exchange for use of and disregard of ecosystems that provide the foundation for all life, which is antithetical to the big climate fix, assuming there is one.

More to the point, neoliberalism is an archaic socio-economic model, a holdover from the Middle Age flirtation with commerce and capitalism. (See- The Commercial Revolution in Medieval Europe, The Great Courses Daily, October 4, 2019 or Marc Bloch’s masterful two-part synthesis, Feudal Society)

Of notable interest, free market proponents have gone so far as to publicly attack and denigrate global warming as a spoof. Donald Trump, the titular leader of the GOP, exercising his presidential discretionary power, wielding a big club, diminished science, and intentionally lambasted the global warming issue, withdrawing from Paris ’15, as key senior scientists had no choice but flee to France’s wide-open arms.

And tellingly, Losing Earth, a 30,000-word feature on climate change in the New York Times, August 1, 2018 exposed the fact that the US failed to act on climate change between 1979 and 1989 when enough was known about the issue to start preventative action, e.g., James Hansen’s testimony to the US Senate, but nothing was done, as President Reagan and PM Thatcher fully endorsed neoliberalism.

Thus, the 1980s was the start of decades of failures of the prevailing socio-economic theory to seriously address an ever-enlarging threat to civilization. Moreover, global warming was at the forefront throughout the period but nothing was done.

The neoliberal brand of capitalism has failed the planet and failed civilization. It’s an archaic outmoded system with very deep roots to a centuries-old masculine-dominated white world.