The case, brought by Republican-led states and coal companies, could frustrate the Biden administration’s efforts to address climate change. This is the equivalent of an earthquake around the country for those who care deeply about the climate issue 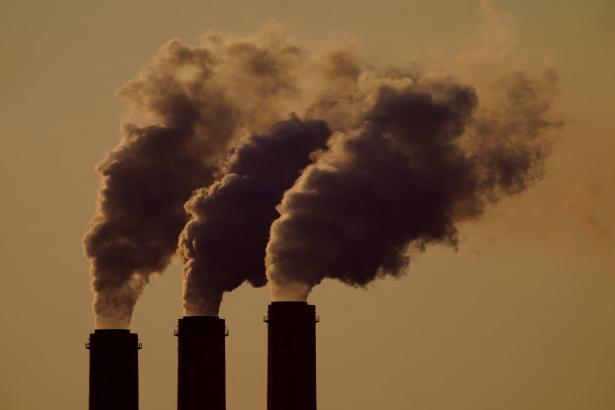 The court’s decision to take the case came after a federal appeals court struck down the Trump administration’s plan to relax restrictions on greenhouse gas emissions from power plants. , Charlie Riedel/Associated Press

WASHINGTON — The Supreme Court agreed on Friday to hear appeals from Republican-led states and coal companies asking it to limit the Environmental Protection Agency’s power to regulate carbon emissions under the Clean Air Act.

“This is the equivalent of an earthquake around the country for those who care deeply about the climate issue,” said Richard J. Lazarus, a law professor at Harvard.

The court’s decision to take the case came days before President Biden is to attend a global climate summit in Scotland where he seeks to reassure other nations that the United States will continue to pursue aggressive policies to combat global warming.

In January, on the last full day of Donald J. Trump’s presidency, a federal appeals court in Washington struck down his administration’s plan to relax restrictions on greenhouse gas emissions from power plants. The move cleared the way for the Biden administration to issue stronger restrictions.

A divided three-judge panel of the court, the U.S. Court of Appeals for the District of Columbia Circuit, ruled that the Trump administration’s plan, called the Affordable Clean Energy Rule, was based on a “fundamental misconstruction” of the relevant law, prompted by a “tortured series of misreadings.”

The panel did not reinstate a 2015 Obama-era regulation, the Clean Power Plan, which would have forced utilities to move away from coal and toward renewable energy to reduce emissions. But it rejected the Trump administration’s attempt to repeal and replace that rule with what critics said was a toothless one.

The Obama-era plan had aimed to cut emissions from the power sector by 32 percent by 2030 compared to 2005 levels. To do so, it instructed every state to draft plans to eliminate carbon emissions from power plants by phasing out coal and increasing the generation of renewable energy.

The measure never came into effect. It was blocked in 2016 by the Supreme Court, which effectively ruled that states did not have to comply with it until a barrage of lawsuits from conservative states and the coal industry had been resolved. That ruling, followed by changes in the Supreme Court’s membership that have moved it to the right, has made environmental groups wary of what the court might do in cases on climate change.

Professor Lazarus said the Supreme Court’s decision to hear the case threatened “to sharply cut back, if not eliminate altogether, the new administration’s ability to use the Clean Air Act to significantly limit greenhouse gas emissions from the nation’s power plants.”

“The Supreme Court will be reconsidering E.P.A.’s massive claims of authority to redesign entire industries rather than merely requiring improved technology,” said Devin Watkins, a lawyer with the Competitive Enterprise Institute, a free-market think tank that opposes most environmental regulation. “This is excellent news because the agency lacks such massive power under the law.”

The Biden administration had urged the justices not to hear the case, saying the court should wait for the administration to issue its own regulations “after taking into account all relevant considerations, including changes to the electricity sector that have occurred during the last several years.”

The states and companies on the other side, the administration’s brief said, “urge this court to grant review now to help guide the upcoming rule-making, but that is little more than a request for an impermissible advisory opinion.”

A brief filed by West Virginia and more than a dozen other states urged the justices to act now.

“How we respond to climate change is a pressing issue for our nation, yet some of the paths forward carry serious and disproportionate costs for states and countless other affected parties,” the brief said. “Continued uncertainty over the scope of E.P.A.’s authority will impose costs we can never recoup because E.P.A., the state, and others will be forced to sink even more years and resources into an enterprise that is — at best — legally uncertain. The court should intervene now.”

Adam Liptak covers the Supreme Court and writes Sidebar, a column on legal developments. A graduate of Yale Law School, he practiced law for 14 years before joining The Times in 2002. @adamliptak • Facebook

A version of this article appears in print on Oct. 30, 2021, New York Times Section A, Page 17 of the New York edition with the headline: Supreme Court to Hear Case on the E.P.A.’s Power to Limit Carbon Emissions. Order Reprints | Today’s Paper | Subscribe