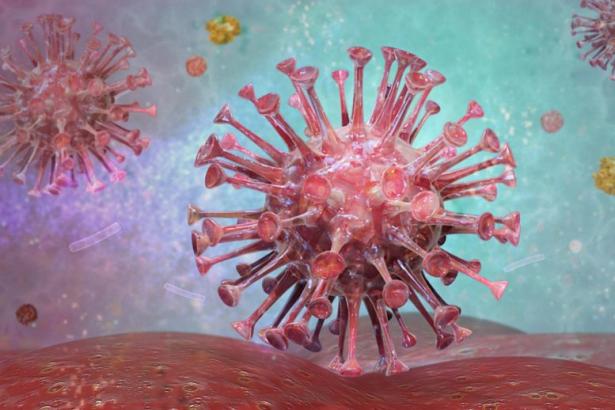 Armed with a novel strategy they developed for bolstering the body’s immune response, scientists at Albert Einstein College of Medicine have successfully suppressed HIV infections in mice—offering a path to a functional cure for HIV and other chronic viral infections. Their findings were published on October 21, 2021, in the Journal of Clinical Investigation. 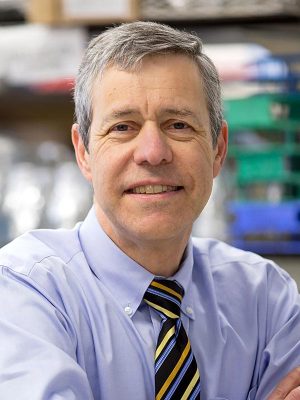 HIV infects the immune system’s CD4+ T cells. For the past 25 years, people infected with HIV have been able to control their infection through antiretroviral therapy (ART)—a combination of several drugs that prevent HIV from infecting new CD4+ T cells and multiplying within them. “Although ART works remarkably well at keeping HIV in check indefinitely, it is a stalemate and not a checkmate,” said co-corresponding author Harris Goldstein, M.D., professor of pediatrics and of microbiology and immunology and the Charles Michael Chair in Autoimmune Diseases at Albert Einstein College of Medicine and director of the Einstein-Rockefeller-CUNY Center for AIDS Research.

“ART’s long-term use can cause substantial side effects,” noted Dr. Goldstein. “And once ART is halted, latent HIV viruses—which can persist for years in CD4+ T cells—invariably emerge from their hiding places to revive the infection. Our JCI paper shows that synTac proteins, by greatly boosting the quantity of protective HIV-specific CD8+ T cells, were able to eliminate these infected cells.

“It’s unlikely that any treatment strategy can remove all latently infected T cells,” said Dr. Goldstein. “Our goal with synTac is a ‘functional cure,’ in which the powerful immune response induced by synTac suppresses HIV to undetectable levels even after they discontinue ART.”

The researchers first tested their anti-HIV synTac proteins on human blood samples infected with either HIV or cytomegalovirus (CMV), a common type of herpes virus that can infect and kill immunosuppressed patients. For blood from human donors infected with either HIV or CMV, synTacs specific for mobilizing immune responses against those viruses triggered selective and vigorous multiplication of CD8+ T cells that exhibited potent HIV or CMV anti-viral activity. 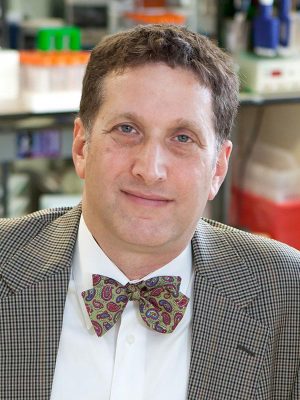 Next, the researchers intravenously injected synTacs specific for HIV or CMV into virus-infected mice with “humanized” immune systems that permit infection by viruses affecting people, such as HIV and CMV. The synTac proteins triggered human HIV-specific CD8+ T cells to increase 32-fold and increased human CMV-specific CD8+ T cells by 46-fold. In both the HIV- and CMV-infected mice, the large numbers of synTac-stimulated human CD8+ T cells potently suppressed the viral infections—suggesting that synTacs may offer new opportunities for functionally curing HIV and treating CMV and other viral infections.

“A key asset of the synTac platform,” said Dr. Almo, “is how easily we can program synTac proteins to combat any of the many diseases in which T cells play a role—including disease targets that extend well beyond viruses. For example, an ongoing clinical trial involving patients with head and neck cancer is assessing synTac’s ability to selectively activate anti-cancer T cells. And since synTacs can turn off, as well as activate T cells, they’re also under study for treating type 1 diabetes and other autoimmune diseases by turning off T cells that mistakenly attack people’s healthy tissues.” Dr. Almo is also co-leader of the cancer therapeutics program at the Albert Einstein Cancer Center.

Dr. Steven Almo, Ph.D. is professor and chair of biochemistry, professor of physiology & biophysics, the Wollowick Family Foundation Chair in Multiple Sclerosis and Immunology, and director of the Macromolecular Therapeutics Development Facility at Albert Einstein College of Medicine.

Dr. Harris Goldstein, M.D. is professor of pediatrics and of microbiology and immunology and the Charles Michael Chair in Autoimmune Diseases at Albert Einstein College of Medicine and director of the Einstein-Rockefeller-CUNY Center for AIDS Research

The underlying synTac technology, also referred to as Cue Biopharma’s Immuno-STAT™ (Selective Targeting and Alteration of T cells) platform, was developed in the laboratory of Dr. Almo.  It is patent-protected and licensed to Cue Biopharma, of which Dr. Steven Almo, Dr. Ronald Seidel, and Dr. Rodolfo J. Chaparro are co-founders and stockholders. Einstein received financial support from Cue Biopharma for previous studies. Einstein’s HIV application (US Application:  16/603306) is patent-pending and the College of Medicine is currently looking for help in advancing its development further.

About Albert Einstein College of Medicine

Albert Einstein College of Medicine is one of the nation’s premier centers for research, medical education and clinical investigation. During the 2020-21 academic year, Einstein is home to 721 M.D. students, 178 Ph.D. students, 109 students in the combined M.D./Ph.D. program, and 265 postdoctoral research fellows. The College of Medicine has more than 1,900 full-time faculty members located on the main campus and at its clinical affiliates. In 2020, Einstein received more than $197 million in awards from the National Institutes of Health (NIH). This includes the funding of major research centers at Einstein in aging, intellectual development disorders, diabetes, cancer, clinical and translational research, liver disease, and AIDS. Other areas where the College of Medicine is concentrating its efforts include developmental brain research, neuroscience, cardiac disease, and initiatives to reduce and eliminate ethnic and racial health disparities. Its partnership with Montefiore, the University Hospital and academic medical center for Einstein, advances clinical and translational research to accelerate the pace at which new discoveries become the treatments and therapies that benefit patients. Einstein runs one of the largest residency and fellowship training programs in the medical and dental professions in the United States through Montefiore and an affiliation network involving hospitals and medical centers in the Bronx, Brooklyn and on Long Island.