labor How to Rebuild the Democratic Party

With prospects dimming for national Democrats to wield power, the time is ripe for the party to go local. 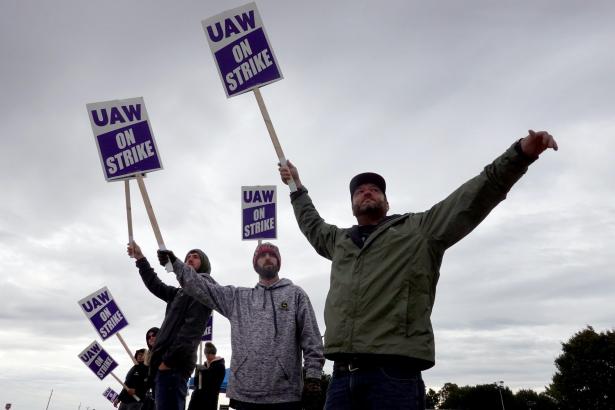 Last week’s lackluster elections for Democrats dumped gasoline atop already smoldering debates about what political commentators diagnose as the party’s impending doom and what the hell ought to be done about it. Republican Glenn Youngkin’s win in the Virginia gubernatorial race—a state whose transition from could-go-either-way purple to more decisively blue had already been considered entrenched, unlike blue-newcomer Georgia or Arizona—led The Atlantic to declare, “If Democrats can lose in Virginia, they can lose almost anywhere.” The New York Times was likewise ominous, warning that “Tuesday’s election result trend lines were a political nightmare for the Democratic Party, and no Democrat who cares about winning elections in 2022 and the presidential race in 2024 should see them as anything less.”

As for boiling down what exactly went wrong, most observers leaned heavily on their priors: While the Gray Lady and the presumably moderate anonymous Democrats who texted Politico reporters blame progressives for the losses, Alexandria Ocasio-Cortez pointed the finger at former Governor Terry McAuliffe’s limp, moderate, and boring campaign. Still others asserted that the results reflected the depth of American racism—as Atlantic contributor Jemele Hill put it, “It’s not the messaging, folks. This country simply loves white supremacy.”

Many of these rhetorical flourishes build on debates sparked by strategist David Shor in his push for “popularism”—the contention that Democrats can only escape their tough spot by running on popular things and avoiding talk of, say, immigration reform and police defunding. The progressive riposte to these contentions typically asserts that Democrats should excite people by running on bold and transformative ideas, deliver on these promises, and then run again on the promise to deliver more. The past few months in Washington, in which Biden’s Build Back Better agenda has been stymied by skittish moderates and a pair of unaccountable senators with veto power over the whole bill, should leave progressives with no illusions about their chances.

What all this chatter tends to miss is just how late in the democratic process all of these proposed interventions arrive, and how heavily they place an emphasis on handing major national candidates some sort of one-size-fits-all approach to winning back tiny swathes of the electorate whose political behavior is not wholly written off as preordained. But where these various factions agree—that Democrats’ problem is fundamental—is correct. It could be the case, however, that what’s called for is not so much a national problem for Democrats to solve but a solution that must be sought on the local level. With prospects for further Democratic legislation dimming after this calendar year, progressives might be smart to look to advance their ideas away from Washington and closer to home.

Anyway, they may have no other choice. That the Democratic Party’s prospects are dire is no exaggeration. As Shor frequently laments, long-evolving political trends are poised to put Democrats at a terrible structural disadvantage, as educational and rural-urban polarization increases. By his count, that could leave Democrats with only 43 senate seats in 2024. But if all of the left-of-center pundits litigating last week’s elections would surely deem that a calamity, they’d likely disagree about why—and the way out of this particular jam depends on what exactly you think the Democrats exist to do. For party hacks, getting paid to champion and strategize about electing Democrats—sometimes even succeeding—is its own end point. But there’s nothing remarkable about the Democratic Party itself: It’s not accountable to members the way it would be in a parliamentary system, it has no fixed agenda, and it’s had its base reconstituted beneath it several times in U.S. history.

The only reason to care about its electoral fortunes at all is that it’s the only remotely viable vehicle, of the two viable political parties on offer, that provides any hope of guarding what few resources and protections poor people already have or advancing downwardly redistributive legislation. And as the relentless whittling down of the latest infrastructure and reconciliation bills shows, the Democrats are already struggling to pull that off at their high-water mark for power for the foreseeable future. For the past several years, they have doggedly courted wealthy suburban moderates, only to watch McAuliffe shed Trump-Biden voters and watch these newcomers to the base vote against things like tax referenda at the state and local levels. In short, it’s unclear whether they’ll keep voting blue, even as Trump fades from memory, or if they’ll support much of anything that makes Democrats worth voting for if they do.

That leaves us with two separate, if overlapping, questions: “How can we elect more Democrats?” and “How can we reduce inequality?” If the answer to the latter can’t be found through major, national elections, then it may have to get jump-started outside of electoral politics altogether, with the hope of shifting class power and, ultimately, the electorate itself.

If the much-ballyhooed education polarization between parties is a partial proxy for class, so, too, is it a partial proxy for union density: As New York once put it, “Democrats paid a huge price for letting unions die.” Plummeting rates of union participation since the rise of neoliberalism in the late 1970s uncannily correlate with the departure of working-class voters, who either fled to the GOP or stopped voting at all. Another recent study found that counties that experienced the steepest declines in manufacturing and union jobs also saw the sharpest drops in Democratic vote share.

Obviously, the point of the labor movement is to build class power and fight for workers’ rights, not to elect Democrats. But it’s also true that unions have been central fixtures of civic life and natural conduits for relationship and coalition building, as well as political education. It remains impossible to imagine any durable base for a Democratic Party that’s worth half a damn that doesn’t lean heavily on organized workers. For all the talk about strengthening the Democratic Party, it’s a wonder more people don’t make the obvious connection to the Protecting the Right to Organize Act and its potential to galvanize existing labor power while growing more of it. The more power that workers have, the more both political parties will bend to accommodate them. Ordinary working Americans will be holding more of the cards and will have an opportunity not only  to unite around common goals but to build support for them on a local level.

That sort of deep relational organizing—the kind that people do within workplaces and communities—can also change the tide at the local level, building out a grassroots bench that will eventually grow strong enough that no one will ever have to settle for a bummer like Terry McAuliffe again. Reconstituting the class power of the electorate, of course, won’t get more Democrats elected overnight. But it is the answer to any question that matters.

[Natalie Shure is a writer and researcher in Boston. Her work focuses on history, health, and politics.]