labor Paid Leave Should Be the Standard in All Industries

The pandemic has shown us how antiquated our leave policies are and how dearly they have cost us.

November 12, 2021 by Rainesford Stauffer and Abdullah Shihipar Teen Vogue
Printer friendly
Paid Leave Should Be the Standard in All Industries Published November 12, 2021 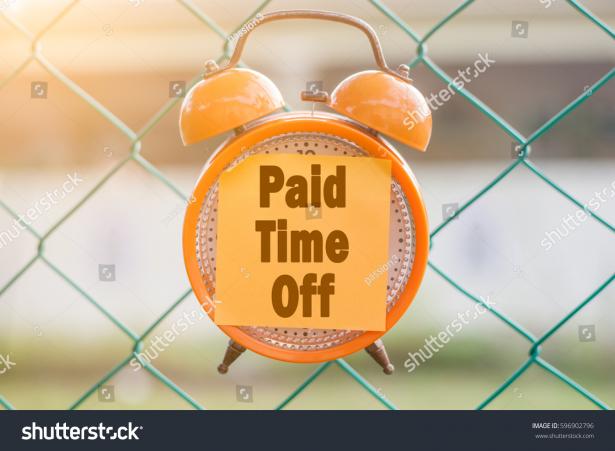 When Ria*, 22, secured a full-time job in publishing shortly after graduating from college in May, the impact of paid time off was cascading. Their new employer offered 16 paid sick days and 16 paid vacation days, significantly more than the average for private industry workers, which hovers around seven days of sick leave per year, and 10 days of paid time off per year. When Ria’s partner’s father became severely ill with COVID in August, they slept in their car outside the hospital while continuing to work as usual. Despite their company’s comparatively generous leave policy, Ria didn’t feel they had the leeway to take off an entire week when the rest of the year felt so unpredictable. “It was just honestly pretty frustrating to have to work while something like that was happening,” they tell Teen Vogue. When Ria’s partner’s father died shortly after, they finally took a few days off. “I wish I could have just taken off like two full weeks just to be able to support my partner during that time.” Ria discovered their workplace offered no bereavement leave and in September when they were diagnosed with COVID, they opted to take as few days off as possible. Meanwhile, coworkers continued to send them assignments.

For many Americans, paid leave is nonexistent. And for many more, like Ria, it is simply not compatible with life's responsibilities and obligations outside of work. As of 2019, over 32 million people in the U.S. didn’t have access to any paid sick days, four out of five workers did not have access to paid family leave, and caregiving leave is even rarer, even though more than half of employed caregivers work full-time. Workers with disabilities, who are disproportionately employed in part-time, low-wage work, are less likely to have access to paid leave. There are no federal laws that require employers to provide any bereavement leave, a theme of the last year as mass tragedy and loss impacted individuals who couldn’t afford to stop working while grieving. For workers in low-wage jobs, having no paid leave creates a domino effect of impossible choices: Do you go to work sick or lose wages?

It's a disgrace that amid this backdrop, Democrats seem unlikely to include a provision for four weeks of paid family and medical leave in their sweeping budget bill over the objections of just one senator: West Virginia's Joe Manchin. Given how paid leave serves as preventative health care, ties into parenting, child care, general health and well-being, and shapes how we live beyond work, this moment should make state policymakers and employers think beyond “sick leave” and create more freedom in paid leave, period.

The lack of paid leave significantly impacts our ability to control the pandemic. A recent survey from the Bipartisan Policy Center and Morning Consult found that having to care for sick family members is one reason why some Americans are not returning to work: 45% of unemployed caregivers reported they would go back to work if their employer would offer paid family leave.

Then there’s the lack of time off to get a vaccine and recover from side effects, a common concern cited by those who remain unvaccinated. Research by the Kaiser Family Foundation shows that workers whose employers provide paid sick leave for the vaccine are more likely to be vaccinated than those who do not. The Biden administration has taken note. In its direction to the Occupational Safety and Health Administration (OSHA) to mandate vaccination at companies with more than 100 employees, they also mandated that employees be provided with paid time off to get the shot and recover from side effects.

Of course, one of the main benefits of paid sick leave is that it allows people to take time off and not feel pressured to come into work when they are actually sick. In 2020, Congress passed the Families First Coronavirus Response Act (FFCRA) to provide employees with two weeks of paid sick leave at full pay and 12 weeks of family leave at two-thirds pay (these benefits have since expired) for those who tested positive for the virus or were caring for people with COVID. This benefit left out millions of workers since it applied only to companies with fewer than 500 workers. Despite its limitations, a study published in the journal Health Affairs found that in states that had no previous paid sick leave provisions, the act resulted in 400 fewer daily infections. Another study in the same journal reviewed what happened in Olive Garden restaurants after the chain, under pressure, implemented paid sick leave during the pandemic. They found that this expansion reduced the amount of front-line food-service workers who worked while they were sick.

Still, it’s not enough for employees to have access to sick leave, they have to know about it as well. One study that used survey data of workers from October to December of 2020 found that more than half of U.S. employees were unaware of paid sick leave benefits afforded to them under FFCRA. At the same time, the authors found that the share of employees who needed sick leave but could not access it tripled during the pandemic (about 15 million workers a month).

What happens at work doesn’t stay at work. Lack of leave leaches into schools, child care, inequities within labor and caregiving, familial structure, and overall health and well-being. Amid the capitalistic grind of work that treats human beings as disposable and encourages overwork as a means of hustling through an exploitative system, we need a more robust version of paid leave that is responsive to workers' lives, prioritizes their health and life beyond work, and repositions our relationship to work entirely.

Even before the pandemic, the burden of figuring out how to organize work around life — rather than the other way around — fell to workers. Service workers described coming to work sick, facing choices like coming in or getting fired, or losing hours that made it possible for them to pay rent and utilities. Parents explained how their lack of leave, lack of child care, and needing to “save” sick days in case of a true emergency, impacted their decisions to send their child to school while sick; student parents debated whether to take their sick child to a lecture or be docked the participation points. Health care workers burnt out and some describe understaffing, unpaid overtime, and no hazard pay. Others pointed to policies that sound good on paper — like “unlimited” paid time off — but the execution of those policies led to them feeling they couldn’t afford to take a break or they ended up working during time off.

As schools resumed for the fall semester, causing the number of infections in children to soar nationally, preventing infections in school also became an urgent concern. Children have also come home after attending school and spread the virus to family members, creating special hardships for parents who don’t have sick leave and have to forgo wages when they get sick as well.

Starting in school, students often have to rely on the goodwill of individual teachers and professors in considering whether they’ll have to show up sick. In many cases, sitting for your final while ill is considered “dedication.” For students whose financial aid or scholarship is contingent upon them keeping a certain GPA, docked points for absences can have a profound impact. Meanwhile, “perfect attendance” — a near-impossible standard for students who work, are disabled or chronically ill, are caregiving or parenting, or simply dealing with events that come up over the course of everyday life — is still seen as a sign of commitment. Of course that carries into young people’s working lives: When only certain people have the opportunity to be sick, or just take needed time off, it reinforces judgments around the value of certain kinds of labor.

Even before the pandemic, people were making constant negotiations to balance the demands of life with the rigidity of work. Benny*, 29, recalled a particularly bleak example from their time as a retail worker. After coming in for a shift while feeling ill, they visited a clinic, where they were told to head to the hospital in case their appendix was rupturing. Benny’s boss informed them they needed to come back and finish their shift because they were the only person scheduled to work that evening. “I broke down in tears and told her I needed to go to the hospital,” Benny tells Teen Vogue. After that, Benny’s boss significantly cut their hours until they were barely scheduled to work.

“A lot of folks, they don’t want to lose income,” Benny says. “I think in some workplaces it’s seen as a weakness if you call in sick, like you’re letting everyone down.” They frequently worked through migraines because no one would be able to cover their shifts. “There needs to be paid leave,” says Benny. “I think living wages are also super important. If people made a living wage, they’d probably feel less pressure from a financial standpoint.” In Benny’s current job, they get three paid sick days a year. In a previous role, the “sick day policy” was you worked from home if you were sick.

The state of paid leave now says everything about our national priorities: Namely, that overwork, including while sick, is both a necessity and a virtue. Paid leave is essential — not only for getting people through this pandemic and stopping the spread but also for promoting good health in the future. Paid leave not only allows us restorative time to take care of our bodies but also prevents other people from getting sick by keeping us at home to recover. Paid leave isn’t just a policy for the health of the individual, it’s a public health policy for the country. The pandemic has shown us how antiquated our leave policies are and how dearly they have cost us. There is no more time to waste. We need paid leave now.