Republicans are Taking Their Terror Campaign to the Next Level

In addition to elections officials across the country being subjected to death threats from voters who have been duped by the Big Lie of election fraud, Wisconsin Republicans are now threatening them with felony charges. 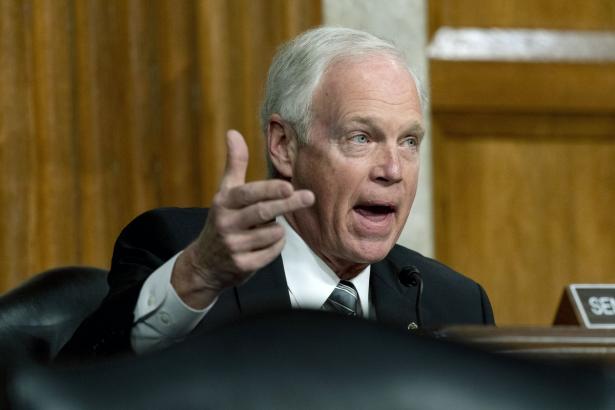 Republicans in Wisconsin have upped the operational tempo in their ongoing war on free and fair elections. Trump stalwart United States Senator Ron Johnson is exhorting state GOP legislators in his home state to illegally seize control of federal election administration over the objections of the governor. Johnson's plan is contravened not only by a Wisconsin Supreme Court ruling, but also by a ruling of the US Supreme Court. But who's counting?

Johnson is buoyed by a fringe constitutional theory popularized by Trump lawyer John Eastman in his notorious coup memos. Eastman asserted that state legislatures had ultimate power over election administration, including the right to cast aside the popular vote for Biden and choose Trump electors instead, provided a Republican yells "fraud" loudly enough.

A long-awaited report commissioned by the Republican state legislature found no evidence of election fraud in 2020. Instead of reflecting on the life choices that have led their state to the brink of one-party rule, the Wisconsin GOP has redirected its rage towards the non-partisan Wisconsin Elections Commission. These legislators are looking for a pretext to abolish the WEC and usurp its powers.

The report alleged a handful of picayune violations of election law by the WEC, including sending absentee ballots to nursing homes. WEC Administrator Meagan Wolfe defended her commission's work and said the report contains errors. These errors could have been resolved if the WEC had been allowed to review the report before publication, as audited agencies typically are. But the first rule of endlessly re-litigating the 2020 election is never to let the facts get in the way of a good smear.

Republican vindictiveness knows no bounds. It's not enough to slander Wolfe and her colleagues, and demand their resignations. Earlier this month, the Republican sheriff of Racine County asked the Republican district attorney to file felony charges against five of the WEC's six members. Their alleged crime? Helping little old ladies vote in nursing homes while protecting them from Covid.

If Racine County DA Patricia Hanson agrees to go along with this charade, these dedicated public servants could each be charged with two Class 1 felonies, which, in the vanishingly unlikely event they are convicted, could carry up to three and a half years in prison apiece.

Wisconsin law requires pairs of officials known as "special voting deputies" to visit every nursing home in the state twice to help residents vote. However, during that phase of the pandemic, most nursing homes banned all visitors, including the deputies. And for good reason. It didn't seem very safe to send these officials and their various hangers-on traipsing from one nursing home to the next, interacting with patients, and possibly spreading the virus.

Therefore, the WEC voted to stop trying to send deputies to nursing homes (where they were already banned) and instead to send absentee ballots to nursing homes. The sheriff alleges that illegal votes were cast because cognitively impaired residents were assisted in voting. This despite the fact that people with cognitive disabilities retain their right to vote in Wisconsin unless a judge determines that they are incompetent. A family member's gut feeling that Mom is too senile to vote is legally worthless.

Wolfe insists the decision to send absentee ballots was not only legal but required by state law: "The law says if you cannot accomplish those two visits by special voting deputies, if a voter cannot vote during those two visits, that you have to send the ballots to the voters in those care facilities," Wolfe explained. She also noted that if they hadn't sent absentee ballots, these elderly and disabled voters would have been disenfranchised.

Elections officials across the country have been subjected to death threats from voters who have been duped by the Big Lie of election fraud. The threat of felony charges is taking the terror campaign to the next level.