This morning, as the Supreme Court heard the most serious challenge to abortion rights in decades, Justice Sonia Sotomayor delivered a stirring series of questions challenging the attempt to upend a person’s right to choose to terminate a pregnancy. 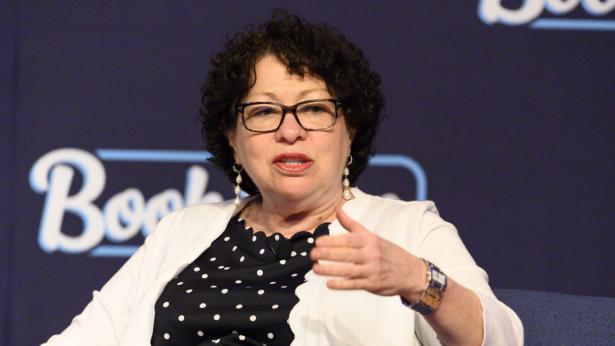 It came as the Supreme Court heard oral arguments on a Mississippi law that bans abortion after 15 weeks. Newly rammed full of conservative Trump appointees, the court is overseeing a challenge that poses a serious risk for abortion rights across the country. Sotomayor seemed eager to make clear how such a decision could harm pregnant persons and the court—especially with Texas eager to implement its abortion ban.

“The right of a woman to choose, the right to control her own body, has been clearly set since Casey and never challenged,” Justice Sotomayor said, referencing the 1992 case Planned Parenthood v. Casey, which affirmed Roe, in response to comments by Mississippi Solicitor General Scott Stewart. “You want us to reject that line of viability and adopt something different.”

The “viability line”—drawn in 1973 by Roe and which does not allow states to ban abortions before a fetus could survive outside the womb—hasn’t been an issue for 30 years. In fact, Sotomayor goes on to say that 15 justices of varying political backgrounds have affirmed that basic viability line since 1992. Her point is that this is not a question of case law, but politics.

“Will this institution survive the stench this creates in the public perception that the constitution and its reading are just political acts?…If people actually believe it’s all political, how will the court survive?” 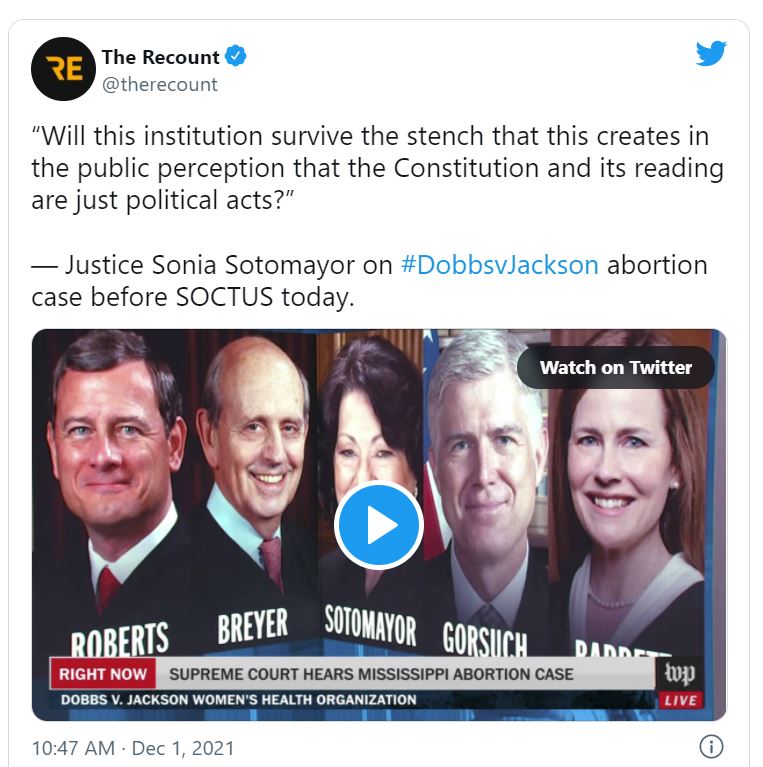 This was one one of the big moments in which Sotomayor dismantled the arguments of Stewart and conservative colleagues on the bench. But there were others.

“How is your interest anything but a religious view?” Sotomayor asked of the state’s attempt to define when life begins. Sotomayor also fought back against Justice Brett Kavanaugh’s comments on precedent. And she asked Stewart when the life of a woman and the risk she endures come into the calculus: “The state is saying to these women that we can choose to not only physically complicate your existence, put you at medical risk, make you poorer by the choice, because we believe…what?”

When she was interrupted, this happened: 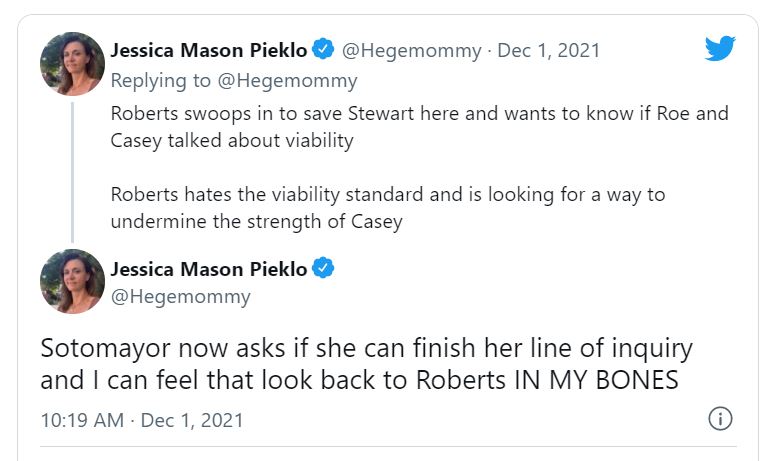 It’s too early to say what will become of Mississippi’s abortion law, which was blocked by lower courts in 2019. But Justice Sotomayor was firm in articulating the widespread ramifications of the law if the Court allows it to take effect.

[Lil Kalish is a journalist and essayist whose work has taken them from the streets of downtown yangon to the deserts of southern california. lil writes about the arts, queerness, race, tech, incarceration, and the future. on occasion, poems.​

they have written for: Mother Jones, The Guardian, LAist, Frontier Myanmar, The Myanmar Times, ARTnews, Autostraddle, Bitch, and others. their poetry appears in The Offing, Nepantla, and The Wildness.​]

Mother Jones was founded as a nonprofit in 1976 because we knew corporations and billionaire owners wouldn't fund the type of hard-hitting journalism we set out to do.

Today, reader support makes up about two-thirds of our budget, allows us to dig deep on stories that matter, and lets us keep our reporting free for everyone. If you value what you get from Mother Jones, please join us with a tax-deductible donation today so we can keep on doing the type of journalism 2021 demands.