Members of the special House committee investigating the Capitol riot are among those arguing for an overhaul of a more than century-old statute enacted to address disputed elections. 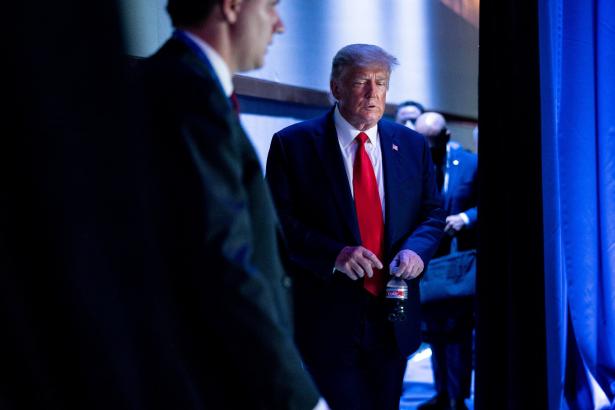 WASHINGTON — Members of the select congressional committee investigating the Jan. 6 attack at the Capitol are pressing to overhaul the complex and little-known law that former President Donald J. Trump and his allies tried to use to overturn the 2020 election, arguing that the ambiguity of the statute puts democracy itself at risk.

The push to rewrite the Electoral Count Act of 1887 — enacted more than a century ago in the wake of another bitterly disputed presidential election — has taken on new urgency in recent weeks as more details have emerged about the extent of Mr. Trump’s plot to exploit its provisions to cling to power.

Mr. Trump and his allies, using a warped interpretation of the law, sought to persuade Vice President Mike Pence to throw out legitimate results when Congress met in a joint session on Jan. 6 to conduct its official count of electoral votes.

It was Mr. Pence’s refusal to do so that led a mob of Mr. Trump’s supporters to chant “Hang Mike Pence,” as they stormed the Capitol, delaying the proceedings as lawmakers fled for their lives. Members of Congress and the vice president ultimately returned and completed the count, rejecting challenges made by loyalists to Mr. Trump and formalizing President Biden’s victory.

But had Mr. Pence done as Mr. Trump wanted — or had enough members of Congress voted to sustain the challenges lodged by Mr. Trump’s supporters — the outcome could have been different.

“We know that we came precariously close to a constitutional crisis, because of the confusion in many people’s minds that was obviously planted by the former president as to what the Congress’s role actually was,” said Zach Wamp, a former Republican congressman from Tennessee who is a co-chairman of the Reformers Caucus at Issue One, a bipartisan group that is pressing for changes to the election process.

Republicans in Congress have repeatedly blocked efforts by Democrats to alter election laws in the wake of the 2020 crisis, and it is not clear whether a bid to revamp the Electoral Count Act will fare any better. But experts have described the law as “almost unintelligible,” and an overhaul has the support of several leading conservative groups.

“There are a few of us on the committee who are working to identify proposed reforms that could earn support across the spectrum of liberal to conservative constitutional scholars,” said Representative Adam B. Schiff, Democrat of California and a member of the Jan. 6 committee. “We could very well have a problem in a future election that comes down to an interpretation of a very poorly written, ambiguous and confusing statute.”

Representative Liz Cheney, Republican of Wyoming and the vice chairwoman of the committee, said on Thursday that “the 1887 Electoral Count Act is directly at issue” and that the panel would recommend changes to it.

The Constitution leaves it up to Congress to finalize the results of presidential elections shortly before Inauguration Day. Article II, Section 1 says, “The president of the Senate shall, in the presence of the Senate and House of Representatives, open all the certificates, and the votes shall then be counted.” 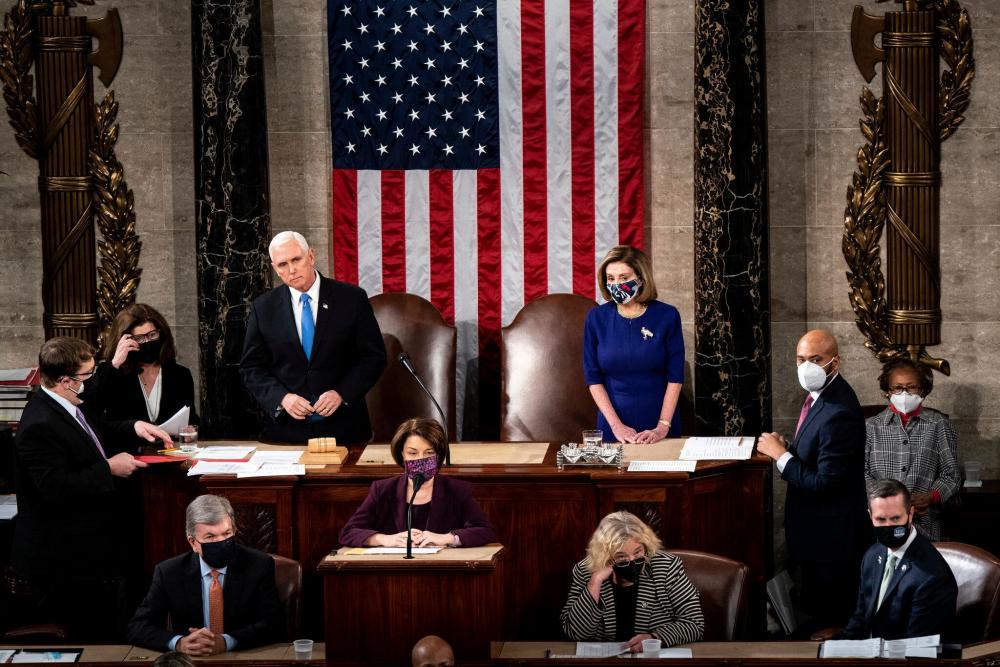 But the process is further detailed in the Electoral Count Act, which says that as lawmakers read through the electoral results of each state during a joint session of Congress, members of the House and Senate may submit objections in writing, which can be sustained if a majority of both chambers approves. In the event that a state submitted multiple slates to Congress, the governor’s certified electors would hold, the law says, unless a majority in both chambers voted to reject them.

The statute was written in the aftermath of the disputed election of 1876 between Republican Rutherford B. Hayes and Democrat Samuel J. Tilden, and has dictated how Congress formalizes elections, mostly without incident, ever since.

But what unfolded on Jan. 6 tested its limits.

Both of the objections by Mr. Trump’s allies — who sought to invalidate the electoral votes of Pennsylvania and Arizona — failed in the House, although the vast majority of Republicans supported them. Yet in the months since, it has become clear those challenges were part of a broader strategy. John Eastman, a lawyer advising Mr. Trump, drafted a plan that included sending to Mr. Pence, who presided over the joint session in his role as president of the Senate, a slate of Trump electors from seven states won by Mr. Biden.

Mr. Eastman and other allies of Mr. Trump suggested pressuring the vice president to accept the alternate slate of Trump electors, throwing out legitimate votes for Mr. Biden. Under such a scenario, Mr. Eastman argued, a vote of those states’ delegations in the House, favoring Republicans, could keep Mr. Trump in power. (Mr. Eastman this week informed the committee he planned to invoke his Fifth Amendment right against self-incrimination to avoid answering the committee’s questions.)

“The antiquated law governing the Electoral College vote count is too vague and ripe for abuse, and it resulted in baseless objections that delayed the democratic process,” said Senator Amy Klobuchar, Democrat of Minnesota and the chairwoman of the Senate Rules Committee. “It’s time to update this law to safeguard our democracy.”

Senator Chuck Schumer, Democrat of New York and the majority leader, has indicated an openness to revising the statute, and a small group of senators, including Senator Angus King, independent of Maine, has been working on potential solutions.

A bipartisan coalition of state and local lawmakers is also on board, as are some organizations that study election issues, including Issue One and the National Task Force on Election Crises. 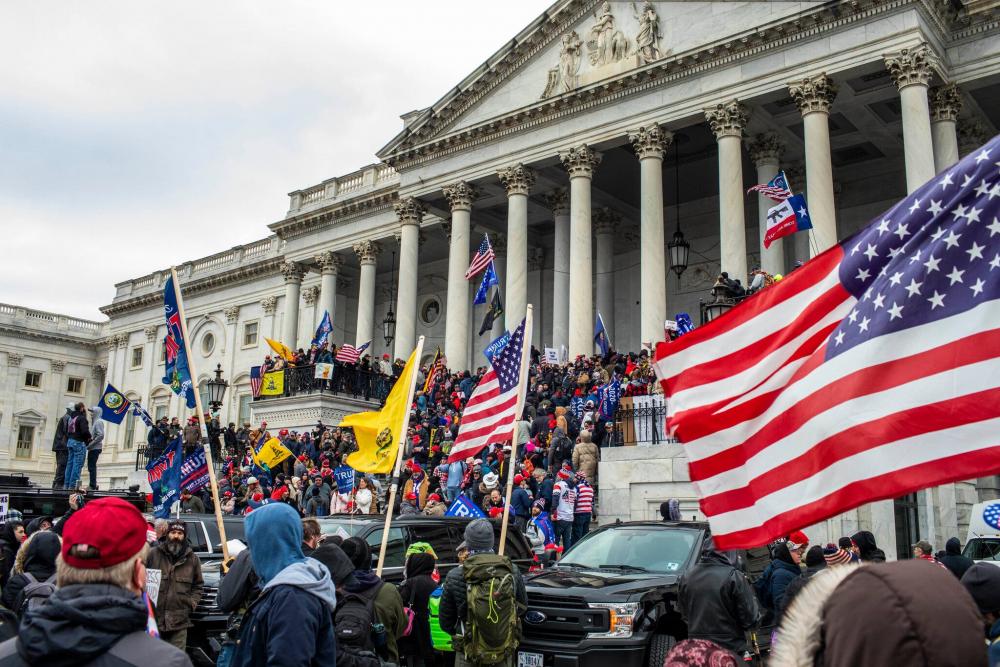 A mob at the Capitol as they breached the doors on Jan. 6.Credit...Jason Andrew for The New York Times

In documents circulated on Capitol Hill, the task force — which calls the Electoral Count Act “severely flawed” — proposes several broad changes. The suggestions include limiting the grounds for a lawmaker to object to counting a state’s votes and clarifying that the vice president’s role in the process is merely ministerial, and thus lacking the authority to unilaterally throw out a state’s votes. It has also recommended setting clearer time limits for states to choose electors.

The effort could be the focus of Congress’s next attempt to change election law, after Republicans blocked legislation to establish nationwide standards for ballot access in response to voting restrictions being enacted at the state level, and a narrower measure to restore parts of the landmark Voting Rights Act weakened by Supreme Court rulings.

Unlike those bills, there is significant support among Republicans outside of Congress for overhauling the Electoral Count Act, though few Republicans in Congress have publicly endorsed a rewrite. Prominent conservative writers such as Dan McLaughlin of National Review, Walter Olson at the Cato Institute, Kevin R. Kosar of the American Enterprise Institute and Ramesh Ponnuru of Bloomberg have argued for changing the law.

Trey Grayson, a former Republican secretary of state of Kentucky, said in an interview that he was concerned that, without changes to the law, there would be future attempts to exploit it by both parties.

“I worry that this is going to become routine, because the incentive structure is there,” he said. “It’s really easy for somebody to play to the base, object, know they’re going to lose, but reap the rewards of appealing to the base. Those actions hurt our democracy.”

Luke Broadwater covers Congress. He was the lead reporter on a series of investigative articles at the Baltimore Sun that won a Pulitzer Prize and a George Polk Award in 2020. @lukebroadwater

Nick Corasaniti covers national politics. He was one of the lead reporters covering Donald Trump's campaign for president in 2016 and has been writing about presidential, congressional, gubernatorial and mayoral campaigns for The Times since 2011. @NYTnickc • Facebook