Novelist Almudena Grandes Told the Truth About the Spanish Dictatorship

Spanish author Almudena Grandes, who died last week, was famed for her novels portraying ordinary Spaniards’ experience of civil war and dictatorship. She insisted that unearthing historical memory was fundamental to building a democratic Spain. 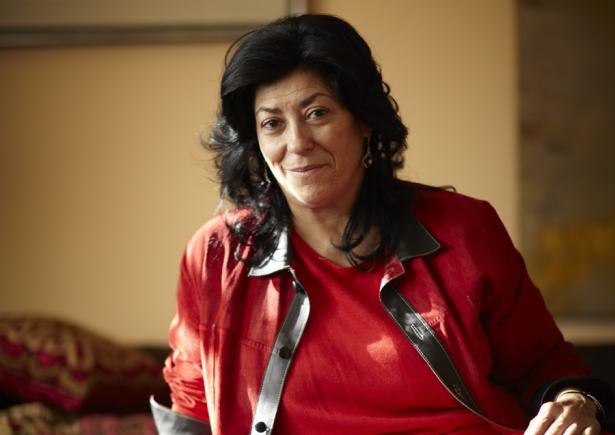 Almudena Grandes, who died on Saturday, aged 61, did more than any novelist of her generation to change the way her country relates to its twentieth-century past.

But Grandes really came into her own as a novelist with her historically themed novels revisiting the years of the Second Republic (1931–39), the Civil War (1936–39), and the Franco dictatorship (1939–1975), with a focus on regular people involved in difficult political struggles. The first of these works, El corazón helado (The Frozen Heart) came out in 2007. The novel Inés o la alegría (Inés or Happiness), from 2010, was announced as the first in an ambitious series, Episodes of a Never-Ending War, inspired by a legendary series of historical novels penned by the nineteenth-century literary giant Benito Pérez Galdós. By the time Grandes died, she had published five of the planned six novels in the series, which together have sold 1.3 million copies to date.

Grandes was also a prominent voice in Spain’s public sphere. A regular columnist in El País and frequent radio and television commentator, she was a strong voice on the Left calling for what has become known as the “recovery of historical memory.” In 2006, three weeks before the seventy-fifth anniversary of the proclamation of Spain’s Second Republic, she wrote an op-ed in El País in which she claimed that the Republic had “never been as close as today.”

“This Republican Spring,” she wrote, “is finding the natural heirs of those Spaniards of 1931 in an emotionally sensitive mood.” Fear was not among those emotions, however: “Those of us who are the grandchildren — either biological or adoptive — of the 1931 Republicans have grown up. We are the first generation of Spaniards in a long time who are not afraid. This is why we’ve also been the first who have dared to look back without fear of turning into pillars of salt.”

What Grandes described in her op-ed was a social phenomenon of which she’d soon become a guiding force: a paradigm shift in the way Spaniards relate to their collective past. Some six years before, Emilio Silva had managed to locate and exhume the remains of his Republican grandfather from a mass grave in the northern province of León. This would be the starting shot for a mass civic movement under the banner of the “recovery of historical memory” that inaugurated a shift in attitude toward the years of the Republic, the war, the dictatorship, and the democratic transition.

As Grandes rightly argued, while this shift was driven by emotions — curiosity, love, indignation — it was devoid of fear. The memory movement was not afraid to stand up to an increasingly emboldened Spanish right, which since the late 1990s had been embracing revisionist narratives with neo-Francoist overtones. But neither was it afraid to stand up to an institutional left that had been proclaiming for years that the only morally adequate, and politically safe, attitude to adopt vis-à-vis the period of 1931–1978 was neutral, distant, and objective — in a word, aseptic. As the late historian Santos Juliá wrote at the time, his generation was convinced that it was best to “toss the past into oblivion.” It could be studied, to be sure, but only “as history, as a closed-off past, something . . . that must be tossed aside in order to open up the only road toward that could lead us back to democracy and freedom.”

The historical novels that Grandes began writing in the early 2000s, beginning with The Frozen Heart, propose something radically different. Rather than modeling an aseptic relation to Spain’s conflict-ridden twentieth century, they view the past through an emotional and affective lens. Rather than dismissing history as a dangerous territory and a threat to the country’s survival as a democracy, they argue that certain chapters of the recent past are legacies worth recovering — not only from the moral argument that they deserve a place in the country’s collective memory but because they continue to be politically relevant. “The Second Republic,” Grandes wrote in 2006, “emerges . . . as a moral example, a model of the way public life can be dignified, a clean example of politics understood as the commitment to guide a people to its future. Seen from a distance, its values prove not just admirable, but indispensable to our reality today.”

The Hard Work of Memory

Grandes knew full well that granting the past a place in the political present is not easy. As the German term Erinnerungsarbeit (the labor of memory) indicates, turning historical memory into political energy is hard work. Yet this was the task to which Grandes dedicated herself tirelessly for the last fifteen years of her life — as a public intellectual and, above all, as a novelist.

If her historical novels are the fruit of that hard labor of memory — a tangible example of the way one person can relate to the past in a morally and politically relevant way — the plots of those novels, in turn, offer additional examples through the lives of their protagonists. The Frozen Heart, for example, opens with the funeral of the protagonist’s wealthy and beloved father — a father who, as Álvaro, the hero, soon discovers, built his fortune on the victims of Francoist repression. Álvaro’s dilemma is personal (How do you redefine your relationship to a dead father once you realize that he was a scumbag?), but it is collective too. His quandary reflects that of an entire generation of Spaniards who have been hesitant to criticize the Franco period because it might force them to morally revise their own family history — not to mention its wealth and social status.

The novel resolves this moral dilemma through a double resolution. First, Álvaro falls in love with a descendant of the same Republican family whose possessions his father pillaged. Second, digging into his family’s past, he discovers that his father’s mother was a relatively prominent Republican who died in a Francoist prison. Yet despite the relative simplicity of this resolution — and its slight hint of melodrama — the novel does important political work. In the end, Grandes not only invites her readers to relate to the collective past in an affective rather than aseptic way; she also shows that it’s possible to do this beyond the framework of genealogy. The affective relation to the past that her work models is not limited to the virtuous — but apolitical — love we feel for our mothers, fathers, grandmothers, and grandfathers. Rather, it’s an affective relationship that, by going beyond filial lines, can turn into a civic or political commitment.

This kind of commitment is based on what Edward Said, in The World, the Text, and the Critic, described as an affiliative relationship: social bonds that “would substitute for those ties that connect members of the same family across generations.” Engaging in those bonds is an act of conscious association guided less by genetics than by solidarity, compassion, and identification: “by social and political conviction, economic and historical circumstances, voluntary effort and willed deliberation.” This is what Grandes meant when, in her 2006 op-ed, she spoke of the “biological or adoptive grandchildren of the 1931 Republicans” (emphasis added).

For Grandes, writing historical fiction was an act of taking sides. For many Spaniards, reading her work was, too. As a best-selling novelist deeply committed to the cause of historical memory, Grandes made it possible for her thousands of readers to establish an affiliative bond with chapters from their collective past absent from secondary history education, and which academic historians had long declared too toxic for public access. That remains her legacy for today.

[Sebastiaan Faber is chair of the Abraham Lincoln Brigade Archives.]