November was a sluggish month for women re-entering the workforce as women gained only 36% of new jobs, reports the National Women’s Law Center. It could take 30 months to gain back the nearly 2 million jobs women have lost during the pandemic. 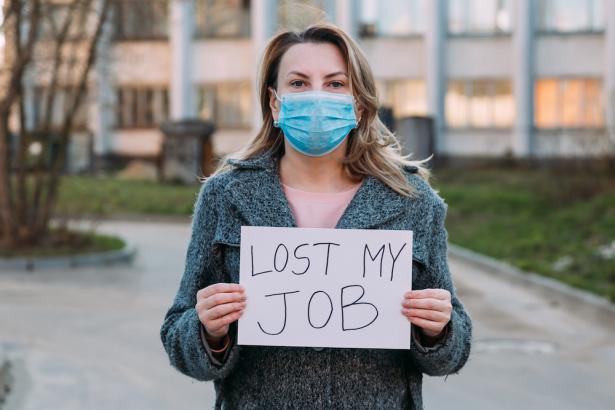 The Bureau of Statistics’ latest jobs report shows that November marked a slowdown in hiring as experts fear the arrival of a new coronavirus variant could further disrupt economic recovery. The economy added just 210,000 jobs last month, far below economists’ prediction that 573,000 positions would be created.

November was a sluggish month for women re-entering the workforce, too, as women gained only 36% of new jobs, reports the National Women’s Law Center. It’s a sharp decline from October when more than half of the new positions created went to women.

“There’s clear cause for concern in this report,” Jasmine Tucker, director of research at the NWLC, tells CNBC Make It. “We’re just starting to figure out how to respond to this new variant, too, so these modest gains that women made in November could be reversed in just a few weeks.”

It’s the second consecutive month that Black women have left the labor force at higher rates than women from other groups — and while there’s no clear answer behind this concerning trend, Tucker notes that hiring discrimination and lack of higher paid opportunities could be driving racial disparities.

“We could continue to see Black women leave the labor force for the next three, four months or longer,” she says. “Black women still continue to face discrimination and other barriers to employment, and they tend to be overrepresented in industries that don’t offer competitive pay or benefits, like retail or hospitality jobs, so there’s unwillingness to accept a low paid job without basic benefits like sick time as the pandemic continues.”

The ongoing child-care crisis has hit Black women especially hard during the pandemic. Black mothers tend to shoulder more child-care responsibilities than their white counterparts, according to the Institute for Women’s Policy Research, and are also more likely to be the primary wage earners in their families. Without access to affordable child care, many have had to quit their jobs.

At November’s rate, the NWLC estimates that it would take 30 months for the economy to gain back the nearly 2 million jobs women have lost during the pandemic. Several groups, however, saw a sharp drop in unemployment last month, including Black women (7.0% to 5.0%), Latinas (5.7% to 5.3%), Asian women (4.4% to 3.9%), and white women (3.9% to 3.7%). The drop in Black women’s unemployment rate was driven both by job gains and labor force exits.

Over 1 in 3 women (35%) who were unemployed in November had been out of work for six months or longer. Tucker fears that women’s unemployment could spike again in January as variants of the virus continue to spread and schools prepare for a new semester, as women’s labor force participation rates have repeatedly dropped at the start of school semesters in September 2020, January 2021, and September 2021.

“Women have left the labor force because of their kid’s school arrangements, so I would expect that to happen again,” she says. “Especially with a scary, surging virus variant, a lot of women might be hesitant to send their kids to school or return to an office … it’s a perfect storm.”