Joe Biden Must Use Presidential Powers to Deliver on Promises 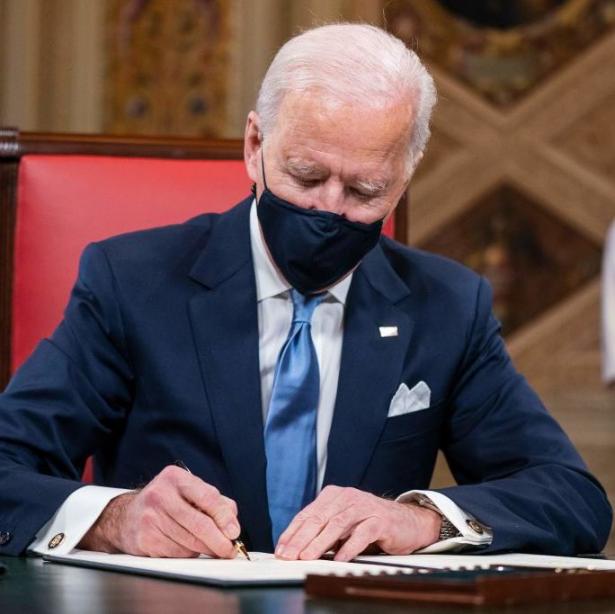 When Joe Manchin, the West Virginia senator, announced on Sunday he could not support Joe Biden’s $2.2tn Build Back Better legislation, it marked the end of at least one era. Biden and other Senate Democrats had spent most of 2021 trying to get Manchin, a conservative Democrat, to vote for a bill that would dramatically bolster the social safety net, combat climate change and raise taxes on corporations.

Manchin has not budged from his central concern – that the spending is too much, inflation is too high, and the national debt will loom ever larger. He is wrong to oppose the legislation, but it’s clear negotiations will only go so far. In a 50-50 Senate, the margin for error is almost nonexistent, and Manchin represents a state Donald Trump won comfortably in 2016 and 2020. Democrats of all ideologies have little leverage over him.

In 2022, Biden and the rest of the US Senate can continue to try to drag Manchin towards modest concessions, perhaps focusing on passing one or two major pieces of Build Back Better, like the child tax credit that has already made a significant dent in the child poverty rate. Either way, they probably will only have one more year to accomplish anything. A Republican wave next fall could very well drive Democrats out of power in Congress.

But if that happens, Biden will still be president. If he begins to wield the power of the executive order, there is much he can get done. It is moral for Biden to take more aggressive action and it is politically wise, too. Entering a dismal midterm environment and a tough re-election – if he decides to run at all – will mean reminding voters, like Barack Obama in 2012, of the concrete things the Biden White House did for them.

What can Biden do? As the American Prospect has noted, there are a wide array of transformational executive orders Biden can pursue tomorrow. He can start with immediately lowering America’s absurdly highly prescription drug costs by seizing patent licenses and distributing them to other manufactures that will produce treatments more affordably. In essence, this would be an “eminent domain” for patents.

The law, known as Section 1498, has been on the books since 1910 and used chiefly for military purposes, like procuring lead-free bullets and night-vision goggles. It’s rarely been used in a pharmaceutical context but Biden can single-handedly change that. Even wielding the threat of so-called “march-in rights” could increase the federal government’s leverage over big pharma, which has only gotten richer during the pandemic. Democrats have campaigned for decades on cutting drug prices, promising to allow Medicare to finally negotiate them. Each time Democrats fail, voters lose trust in them.

After tackling drug prices, Biden can seek to cancel student debt. As a candidate, he promised to cancel $10,000-worth per person, a reasonable figure, but has not pursued this any further since becoming president. There is the risk of backlash from working-class voters who never attended college – they might ask why their mortgages aren’t being canceled too – but Democrats are likely staring down defeat in 2022 anyway.

An executive action to wipe away at least $10,000 in debt would help many millions of Americans who were preyed on by for-profit colleges or simply have struggled to repay what it is they owe to lenders. There is, certainly, an economic argument to giving the middle class more discretionary income.

Biden has the authority to do far more on climate, too. If Congress won’t act, he can ban fossil fuel drilling and mining on federal lands and oceans. He can designate new national monuments to protect imperiled animals, including marine wildlife in the oceans under American jurisdiction.

It’s vital Biden begins to use the full extent of his presidential powers to make far-reaching change, especially with Republicans threatening to take power again. While executive orders can be rolled back in the future, there is the reality that some, like lowering drug costs or canceling debt, will be popular enough for the Republicans to leave them alone. Democrats can’t pretend any more that the entirety of their agenda is being held hostage by Manchin or give Biden a pass he doesn’t deserve. He is the president of the United States and he must start behaving that way.

[Ross Barkan is the author of Demolition Night, a novel, and The Prince: Andrew Cuomo, Coronavirus, and the Fall of New York. His next novel, The Night Burns Bright, will be published in 2022.

An award-winning journalist and former candidate for office, he is a columnist for the Guardian and Jacobin, as well as a contributing writer to the Nation.

His journalism and essays have appeared in a wide variety of publications, including the New York Times, the Washington Post, the Atlantic, the New Yorker, New York Magazine, GQ, the Village Voice, and the Columbia Journalism Review.

In both 2017 and 2019, he was the recipient of the New York Press Club’s award for distinguished newspaper commentary. He now teaches journalism at NYU and St. Joseph’s College. He also created a popular newsletter, Political Currents, on New York and national affairs. You can subscribe here.]