Constitutional Issues that Underlay the Roe vs. Wade Decision

The push to abolish abortions stems from a moral judgement that pre-born babies are human beings with a right to life. The first amendment of the Constitution prohibits establishment of religion. 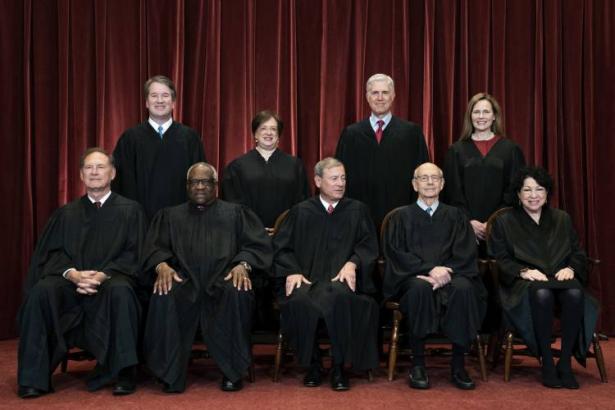 My last op-ed highlighted some of the Constitutional issues that underlay the Roe vs. Wade decision. Now I would like to highlight some different ways in which to look at the controversy at the present time.

First, from an enforcement perspective: I mentioned years ago the fact that in order for laws to be effective, there needs to be a critical majority of citizens willing to obey them. There will never be enough police to enforce unpopular laws fairly. The Constitutional prohibition amendment in 1920 did not get rid of alcohol consumption; it only pushed it underground, leading to a great deal of criminal activity, enriching some very clever and unscrupulous people.

Second, from a moral perspective: The push to abolish abortions stems from a moral judgement that pre-born babies are human beings with a right to life. The first amendment of the Constitution prohibits establishment of religion. Making law to enforce the moral, religious precepts of particular religious beliefs underlies the efforts to make personal, medical decisions and invades the privacy of women and girls, potentially putting their lives in danger. There is nothing in law preventing any individual from making a decision not to have an abortion; what the anti-abortion people are trying to do is to deny the same right for others in cases in which they have no legal interest.

From a third perspective: There is no comparable situation in medical practice that affects all people, including men. The nearest comparison would be a situation in which an individual could be forced to make a medical decision potentially harmful to oneself to save the life of another person. Suppose someone with an identical twin needs a kidney transplant. A twin is the ideal donor, and a person can live with only one kidney. Should the healthy twin be forced to donate a kidney against his will? There is no recognized right to life at the expense of someone else.

Finally, I would like to point out what everyone knows. Pregnancy can occur in children as young as 11 years old before they have fully matured physically or emotionally. This can have a serious, negative impact for the rest of their lives, even be life-threatening. Further, since a child is not legally old enough to give consent to sexual relations, the pregnancy is certainly the result of rape.

The justices are required to address Constitutional language in making their decision. However, it will be very interesting to see whether the majority decision will reflect a unified approach to interpreting the Constitution, or whether, having made a personal [decision], the justices will search mightily to find a justification in the language of the Constitution for the decision they have decided.