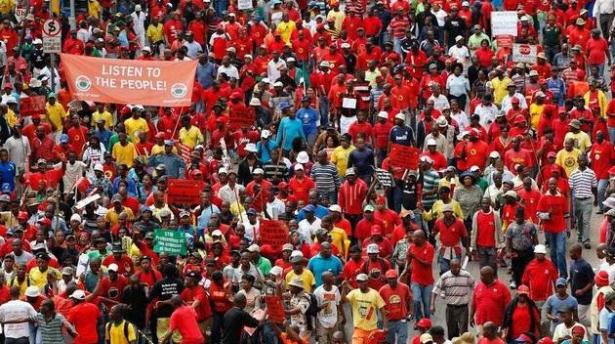 Overall, the political terrain on South Korea’s left is extremely barren. Historically, we are seeing the end of a period: the culmination of the historic failure of a three-decade-long project to build a radical left party that could represent labour and popular sectors and position itself as an alternative to bourgeois politics.

Carmen Madrid of the People’s Health Movement in Honduras talks about how the healthcare system was wrecked by the 12-year rule of the National Party and how it can be revived.

A significant proportion of healthcare in Myanmar is now being delivered outside state hospitals, by doctors and nurses who oppose the military and are loyal to the National Unity Government challenging the junta's legitimacy.

Ahead of April’s presidential election, France’s left is badly divided. But calls for unity behind a milquetoast centrist threaten only to deepen the Left’s split with its historic working-class base.

A retired professor of sociology at the University of Dar es Salaam in Tanzania translated Capital Volume I into Kiswahili, the language spoken by roughly 100 million people across East Africa. Mwami himself read Capital for the first time in the 1970s, and has spent decades applying Marx’s ideas to his own studies of Tanzanian society.

Over the three decades, La Via Campesina has worked with allies and unions worldwide to build a collective vision, plan and platform to bring food sovereignty to all territories. The movement’s insistence on Agrarian Reform, Social Peace and Peasant Feminism as an essential pre-condition to achieve this goal now finds resonance among all progressive societies.