The fact that Black Americans are still fighting the same battles against voter suppression, inequality and the right to have a dream almost 54 years after his death is the most accurate measure of what this nation thinks about Martin Luther King. 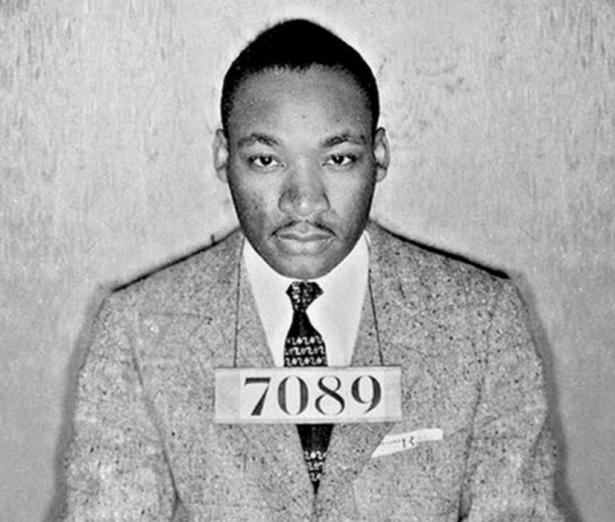 Every year, on the third Monday in January, America hosts a Sadie Hawkins-style role-reversal where the entire country pretends to celebrate a man whose achievements and values they spent the previous 364 days ignoring, demonizing and trying to dismantle. Today, your favorite vote suppressors will take a brief respite from disenfranchising Black voters, denying history and increasing inequality to celebrate a real American hero.

You might think it’s a little disrespectful to refer to a great American hero by his initials but, in this specific case, it’s perfectly fine. The actual Martin Luther King Jr who lived and breathed is not the man most people will be honoring today because that Martin Luther King is dead and gone. No, the man upon whom they will heap their performative praise with social media virtue-signaling is MLK, a caricature of a man whose likeness has been made palatable for white consumption. Like BLM, CRT and USA, the people who King fought against have now managed to flatten a three-dimensional symbol to a three-letter, chant-worthy phrase worthy of demonization or deification.

I am not condemning this all-American tradition of gaslighting. I had an imaginary friend growing up and he was not nearly as eloquent as this history – refurbished MLK they have invented. I, more than anyone, can appreciate the effort this country has put into manufacturing a version of King that is based on a true story. Whitewashing an entire human being is not as easy as you think. Plus, I understand why they do it:

Anyone who knows the unwhitened story of Martin Luther King Jr understands why whitesplaining “what MLK would have wanted” is a favorite pastime of politicians and performative sympathetic social media “allies”. The average American might get the heebie-jeebies if they knew they were celebrating a radical who challenged systemic racism, supported reparations and advocated for a universal basic income.

For the entirety of the 39 years that King lived and breathed, there wasn’t a single day when the majority of white Americans approved of him.

Although, in death, he became one of the most revered figures in US history, for the entirety of the 39 years that King lived and breathed, there wasn’t a single day when the majority of white Americans approved of him. In 1966, Gallup measured his approval rating at 32% positive and 63% negative. That same year, a December Harris poll found that 50% of whites felt King was “hurting the negro cause of civil rights” while only 36% felt he was helping. By the time he died in 1968, three out of four white Americans disapproved of him. In the wake of his assassination, 31% of the country felt that he “brought it on himself”.

One does not have to reach back into the historical archives to explain why King was so despised. The sentiments that made him a villain are still prevalent in America today. When he was alive, King was a walking, talking example of everything this country despises about the quest for Black liberation. He railed against police brutality. He reminded the country of its racist past. He scolded the powers that be for income inequality and systemic racism. Not only did he condemn the openly racist opponents of equality, he reminded the legions of whites who were willing to sit idly by while their fellow countrymen were oppressed that they were also oppressors. “He who passively accepts evil is as much involved in it as he who helps to perpetrate it,” King said. “He who accepts evil without protesting against it is really cooperating with it.”

To be fair, King readily admitted that it was his goal to make white people uncomfortable. Just before he condemned white moderates in A Letter from Birmingham Jail, he revealed that his goal was to “create the kind of tension in society that will help men to rise from the dark depths of prejudice and racism”. He went on to explain that nonviolent direct action – King’s primary strategy to affect progress – was an attempt to induce the white community to a point where marginalized people’s desperate cries could no longer be ignored.

Yet, this new, more compassionate America is just as intolerant when Black Lives Matter demonstrators flood into the streets to protest police brutality. Of course, if teaching Black history wasn’t criminalized as critical race theory, more people might know that the Selma-to-Montgomery marchers’ original intent was to confront their governor about police brutality – namely the murder of Jimmie Lee Jackson by an Alabama state trooper. The people who believe the NFL should have kicked Colin Kaepernick out of football for his “un-American” protests would have really loathed Roberto Clemente, who convinced his teammates to protest King’s death by refusing to play on Major League Baseball’s opening day in 1968. They were furious when Clemente told his local paper: “If you have to ask Negro players, then we do not have a great country.”

I wonder how Tim Scott and Mitch McConnell would’ve felt about that. After all, they both invoked King’s name while claiming that America is not a racist country. But I’m sure MLK would never go as far as painting his place of birth as a racist country.

“The first thing I would like to mention is that there must be a recognition on the part of everybody in this nation that America is still a racist country,” said King days before a white supremacist put a bullet in his face. “Now however unpleasant that sounds, it is the truth. And we will never solve the problem of racism until there is a recognition of the fact that racism still stands at the center of so much of our nation and we must see racism for what it is.”

See how many times someone mentions that quote today.

Oh, wait … King made that speech at Grosse Pointe High School, where Michigan’s Republican-controlled House of Representatives recently passed an anti-CRT bill making it illegal to teach that the “United States is a fundamentally racist country”.

That’s why, despite what people who cherry-pick quotes from the I Have a Dream speech would have you believe, King has never suggested that white people should be judged “by the content of their character and not by the color of their skin”. In fact, he regularly judged white people to explain the insanity of white supremacy.

“In their relations with Negroes, white people discovered that they had rejected the very center of their own ethical professions,” King wrote in 1956. “They could not face the triumph of their lesser instincts and simultaneously have peace within. And so, to gain it, they rationalized – insisting that the unfortunate Negro, being less than human, deserved and even enjoyed second class status… White men soon came to forget that the Southern social culture and all its institutions had been organized to perpetuate this rationalization. They observed a caste system and quickly were conditioned to believe that its social results, which they had created, actually reflected the Negro’s innate and true nature.”

Even as a 17-year-old, King used Georgia’s largest newspaper to make the entire state uncomfortable when he reminded the Atlanta Constitution’s readers: “It is fair to remember that almost the total of race mixture in America has come, not at Negro initiative, but by the acts of those very white men who talk loudest of race purity.”

To white America, that Martin Luther King Jr was an America-hating, anti-white commie, just like today’s outspoken Black people who are criticized for “playing” all the things that white America hates: the “race card”, the “victim”, and – my favorite – “identity politics”.

The people who continue to protect broken systems of criminal justice, education and democracy might not necessarily hate King but they do not love him or anything he stood for.

But, now that King is dead and gone, leaders like Ted Cruz and Ron DeSantis will sing hosannas for MLK while demonizing Black Lives Matter and critical race theory as Marxist, un-American race-baiting that poses American values. It is no coincidence that Alabama’s governor George Wallace described King as “perhaps the most dangerous racist in America today. Long before “race-baiting” became a popular term, South Carolina senator Strom Thurmond said King “must always have an agitation objective lest he end up in the street one day without a drum to beat or a headline to make”. One of Thurmond’s first acts after leaving the Democratic party to become a Republican was to implore the FBI to investigate King’s activities as a communist. (Years later, Thurmond voted for the MLK holiday.) Even after his death, conservative leaders sought to sully King’s legacy by erasing the prospect of a holiday honoring him. “Rev. King’s motives are misrepresented,” wrote then Ohio senator John Ashbrook. “He sought not to work through the law but around it.”

They only agreed to honor King’s legacy after enough time had passed to sufficiently whitewash the radical who unapologetically fought for liberty and justice for all. This might be why they contend that he “gave his life” for civil rights – as if he agreed to take a projectile from a high-powered rifle to his temple in exchange for a statue, a church fan with his face on it, and a three-day weekend in the future.

But, let not your heart be troubled when you hear them shower the memory of Martin Luther King Jr with bouquets of reverence. The people who continue to protect broken systems of criminal justice, education and democracy might not necessarily hate King but they do not love him or anything he stood for.

That’s not even an opinion. The polling data proves it. Historical facts prove it. The bits of blood and bone that stained the balcony outside of a Memphis hotel proves it. More importantly, the fact that Black Americans are still fighting the same battles against voter suppression, inequality and the right to have a dream almost 54 years after his death is the most accurate measuring rod of what this nation thinks about Martin Luther King.

Perhaps that is the most uncomfortable fact of all.

Michael Harriot is a writer and author of the upcoming book Black AF History: The Unwhitewashed Story of America

Support The Guardian with a print or digital subscription.