Europe for Peace. Stop the war in Ukraine 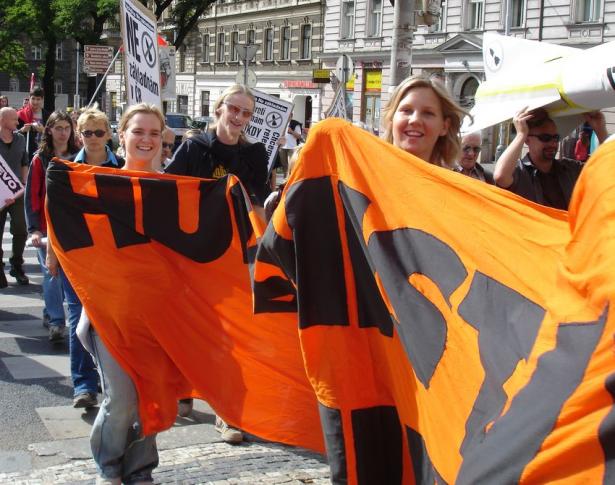 That is why I am publishing the Europe for Peace Declaration, which we and other humanists wrote in 2007. Noam Chomsky and Mikhail Gorbachev, in Italy Giulietto Chiesa, Dario Fo, Angelo Baracca, Beppe Grillo, Margherita Hack, Alex Zanotelli and many others endorsed this declaration.

The campaign spread around the world, helping among other things to stop the installation of a US military base in the Czech Republic. This declaration can be a moment of reflection for a pacifist and non-violent campaign for peace in Ukraine.

A EUROPE FOR PEACE

A Europe free of nuclear weapons

All over the world, scientists and artists, soldiers and pacifists, women and men, young and old say: war is a disaster!

For many, Europe is an aspiration, an economic model, a cultural reference, the very idea of welfare and social security. The European Union is growing and more and more countries are asking to join it.

Europe wants to “promote peace, its values and the well-being of its peoples”, but this desire clashes with a reality that has changed rapidly in recent years: international terrorism, the Iraq war, the use of violence to resolve international, regional and local conflicts, the strategy of pre-emptive war and, above all, a new and insane nuclear arms race.

The declarations of the United States and France about the possibility of being the first to use the atomic bomb against terrorism, the declarations of Japan about the possibility of entering the world of the atomic bomb for defensive purposes, the intention of Iran and North Korea to continue with their nuclear programme, leave the whole world dismayed.

All over the world, scientists and artists, soldiers and pacifists, women and men, young and old say: war is a disaster!

Europe, abdicating its role as a world economic and cultural power, fragmented in its national governments and subordinated to the political-military strategy of the United States, accepts the installation of new bases, favouring the escalation of international tensions.

On the other hand, the peoples of Europe are demanding: give peace a chance!

Europe must not support any policy that drags the planet towards catastrophe: the lives of millions of people are at stake; the very future of humanity is at stake. Nuclear weapons must be dismantled today, before they are used. Politicians must rise to the occasion or step aside. Europe has a historic opportunity to be a positive role model and driver for all those countries moving towards regional integration in Latin America, Asia and Africa. Europe has the opportunity to initiate an international policy of détente and peace, which can open up new horizons and new paths that human beings need to travel. Europe has the opportunity to lead an epochal change as the vanguard of the Universal Human Nation.

We demand that Europe opt for a resolute and non-violent policy of peace. We demand as urgent and indispensable measures:

In the streets of the great metropolises and their suburbs, in the small urban and rural centres of Europe, something new is being born: a gentle but powerful symphony, which like a hurricane sweeps away all injustice, all abuse, all violence. No one will be able to silence it, because it is the deepest hope of the human being.

Friends from all over Europe, let us build a Europe of peace with the power of non-violence!

This post is also available in: Spanish, French, Italian

[Gerardo Femina is the former president of the Community for Human Development in Italy, engaged in social, political and cultural activity. For 20 years he has lived in Prague, where he was among the promoters of the campaign "Europe for Peace" and the protest against the so-called Missile Shield, that the United States wanted to install in the Czech Republic. He writes about politics and social matters. In recent years he has dedicated himself to the construction of the Park of Study and Reflection in the Czech Republic.]