Brian Flores Sues the NFL. What Took So Long?

Brian Flores is suing the National Football League and the only question I have is “What took so long?” I’m not referring specifically to Flores’ lawsuit, but to making public the racism inherent in the NFL like a vestigial limb. 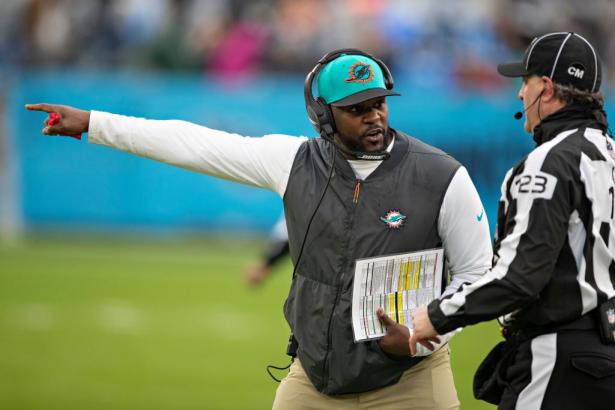 From College Football to the NFL, Blacks Aren't Treated as Management Material

In the case of the NFL, not many. Which is odd when you consider that the majority of players are Black and therefore offer a bigger pool of trained professionals from which to choose. As with most businesses, it makes sense to promote from within because employees have the experience and knowledge to manage.

The alabaster ceiling stifles Black ambition and sends a clear message that “your kind” aren’t good enough. Let’s look at the numbers. Despite nearly 60 percent of the NFL players being Black, at the beginning of the 2021 season only three of the 32 head coaches were Black: Pittsburgh Steelers’ Mike Tomlin, Houston Texans’ David Culley and Miami Dolphins’ Brian Flores. At the end of the season, Culley and Flores have been fired leaving only Tomlin as the single Black head coach.

College football programs are equally disappointing. When the 2020 season began there were 14 Black head coaches out of 130 FBS (Football Bowl Subdivision, the highest level of college football) programs), though 48.5 percent of players were Black. Michigan State coach Mel Tucker, who is Black, hoped things would change in 2021. “Once I saw jobs start to open up, I wanted to see if there was going to be anything different, whether there would be more minorities, coaches of color, hired as head coaches,” he said. “I didn’t see a noticeable difference. I didn’t see anything that showed me that there was any type of change in behavior in the hiring process.”

Well, there was some change. Black coaches is college football declined. When three of the 11 Black coaches at Power 5 programs lost their jobs, the Power 5 hired no new Black coaches for the first time since 2015. Only two of the 17 new FBS head coaches are Black. The message is clear: if you’re Black, stay in your lane. The slow lane.

While I’m sure there’s a Greek chorus of dissenting voices, those voices are probably mostly White and haven’t faced a lifetime of closed doors from behind which the beige bosses shout, “We don’t discriminate. Try again later.” Much later. With the same results.

We like to think of sports as the embodiment of America’s best intentions: a level playing field in which merit is the only standard of judgement. As goes sports, so goes America. Unfortunately, the NFL is an $8.78 billion industry and the people who control the money prefer the people who run their business to look more like them. In many cases, it’s probably not even conscious racism, just an unconscious comfort level based on what’s familiar. Mashed potatoes over chitlins. As goes sports, so goes America. 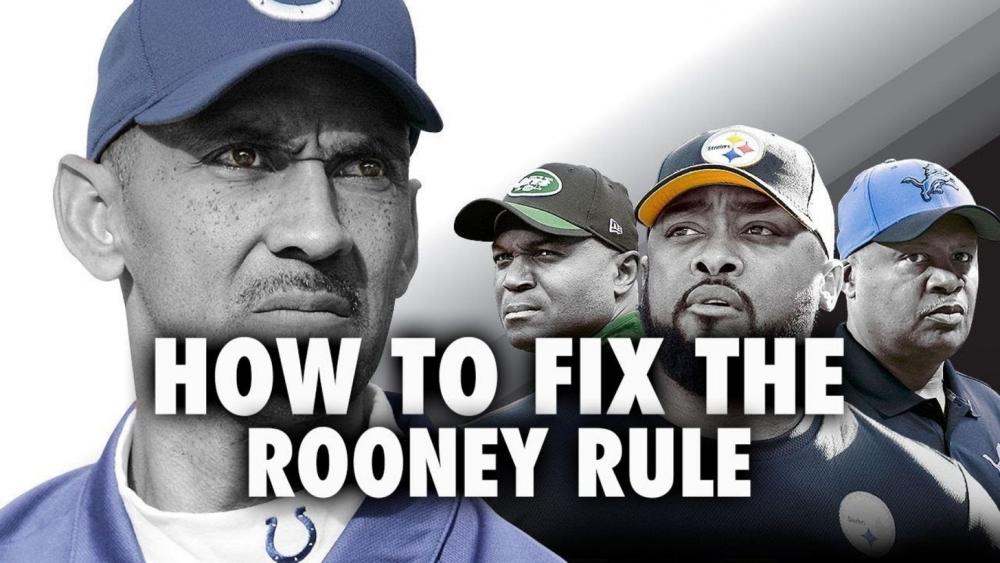 Which is why we have the Rooney Rule. The 2003 policy requires NFL teams to interview People of Color for head coaching positions (modified in 2009 to include other senior management and player personnel positions). Many White people think this kind of affirmative action program guarantees Blacks more jobs. But as every Black person knows, interviews are often PR gestures that adhere to the letter of the law, not the spirit. In his lawsuit, Flores details when he was scheduled to interview with the Giants, but received a text message from New England Patriots coach Bill Belichick congratulating him on getting the Giants job. It seems Belichick got his Brians mixed up. Brian Daboll got the job—three days before Flores was set to interview. Former NFL head coach Marvin Lewis said he had a similar experience when he interviewed for the head coach position for the Carolina Panthers.

Even though the Rooney Rule can be used as a ruse of inclusivity, it still forces the bosses to at least get used to interacting with the fry cooks and baristas, maybe becoming more comfortable with them, and maybe even seeing potential they’d routinely ignored before. But that in itself isn’t enough. Qualified Black coaches need their shot now, not in some golden age future where they can be judged on the content of their football coaching skills and not the color of their skin.

Since the NFL sees no moral or patriotic reason to change, they need external pressure to change—pressure from fans, from players, from sponsors, from all Americans who don’t think business as usual is good for America.

As goes sports, so goes America. It’s up to us to make both go in the right direction.