“The Fifties,” by James R. Gaines, a former managing editor of Time, People and Life, reminds us that a trip in time to much of America then would resemble “The Handmaid’s Tale” more than “Ozzie and Harriet.”

We make our history out of what we choose to see in the past. For some, the 1950s are all malt shops, coonskin caps and Elvis. For others, they’re Eames chairs, Mies skyscrapers and Jackson Pollock. 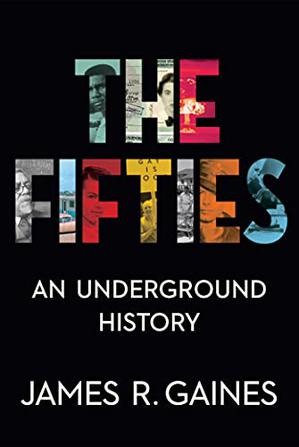 But “The Fifties,” by James R. Gaines, a former managing editor of Time, People and Life, reminds us that a trip in time to much of America then would resemble “The Handmaid’s Tale” more than “Ozzie and Harriet.” A racial caste system was harshly enforced throughout the country, while strict norms on religion, gender and sexuality compelled millions into the shadows. The government experimented on its citizens without their consent or knowledge; corporations operated without checks.

Some Americans did fight back. And they’re the subject of this short, very potent primer on four groups of people usually left out of the general hallelujahs for the Greatest Generation, even though — or maybe because — they opened the first cracks in those structures of oppression. Gaines starts with Harry Hay and Frank Kameny and their drive to create gay consciousness, freedom and ultimately power, then moves on to weave the life of the academic Gerda Lerner, the founder of women’s studies in American academe, with that of Pauli Murray, whose activism bridged race and gender, and laid the groundwork for both Brown v. Board of Education and the National Organization for Women. Third is a neglected cohort of Black World War II veteran activists, most notably Medgar Evers, willing to fight white fire with fire of their own, believing that “nonviolence without the threat of armed resistance to racist violence amounted to surrender.” Finally, Gaines gives us the unusual but ultimately convincing pairing of Rachel Carson, the author of “Silent Spring,” and the information theorist and M.I.T. professor Norbert Wiener, who both warned, in their separate ways, that abuse of human knowledge was altering the planet’s ecology.

Values we take for granted can seem obvious when we encounter them in historical figures, but Gaines makes the price of righteousness clear — these men and women weren’t just canceled for what they believed; they faced down brutal violence and ostracism both personal and professional. When we recognize ourselves in people like Kameny and Lerner, it’s not because they were early adopters of our values; it’s because their brilliance, their originality, their relentless courage created us.

Unfortunately, it’s hard to do full justice to them all in only 206 pages of text; the book could have been twice its length. With Murray, for example, we only see hints of her willingness to challenge just about every norm she encountered, from where she sat on a bus to her own sexuality. The length also keeps Gaines from fully explaining the fractious, changing nature of the American Communist Party, which served as a rallying point for the likes of Hay and Lerner. Though he writes the party was “easy to love” during the Depression, those who joined post-Bomb tended to care more about the balance of power than the dictatorship of the proletariat.

Yet brevity can also be powerful and here, stripped to their essence, the stories of people like Fannie Lou Hamer, the martyred Evers and Rachel Carson — battling cancer while defending herself against chemical companies — all hit with fresh impact. In any case, the generous bibliography at the end shows that Gaines intends this book as an introduction, not the last word. “The Fifties” is an excellent starting point for understanding how we got to where we are, and what we risk returning to if we don’t rediscover the faith these men and women had in America’s enduring potential to remake itself in the image of justice.