The ADL is Not A Friend to Social Justice Movements

The ADL didn't utter a word of concern about the painstakingly detailed descriptions of Israel's apartheid system, nor an ounce of self-reflection about the organization's own unequivocal support for Israel's unjust and discriminatory system. 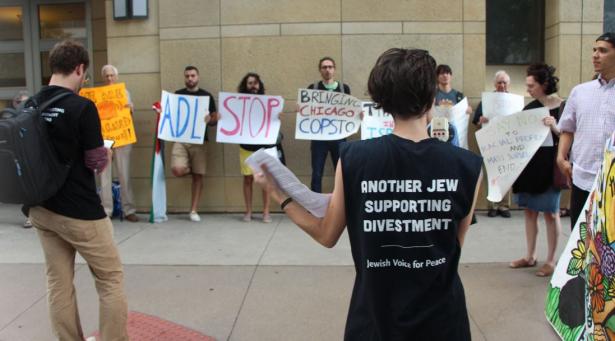 Last week, Israel's treatment of Palestinians was highlighted and documented in a ground-breaking human rights report. Even before the report was released, the Anti-Defamation League (ADL), which calls itself a civil rights organization, issued a statement saying it "demonizes Israel" and "would likely spark antisemitism." The organization offered no substantive engagement with the contents of the report—only an accusation of antisemitism. Let me offer some context.

Amnesty International, a global organization that focuses on human rights, released a report on February 1st —Israel's Apartheid Against Palestinians: Cruel System of Domination and Crime Against Humanity, the result of several years of serious investigation that documents Israel's system of apartheid. The report concludes that "massive seizures of Palestinian land and property, unlawful killings, forcible transfer, drastic movement restrictions, and the denial of nationality and citizenship to Palestinians are all components of a system which amounts to apartheid under international law." The findings of apartheid echo what Palestinians have been saying for decades and what has been documented in a series of other human rights reports.

The report should certainly be of concern to anyone who is committed to human rights, civil rights, or to basic principles of humanity. Extensive documentation reveals a brutal reality for Palestinians under Israel's rule. But the ADL didn't utter a word of concern about the painstakingly detailed descriptions of Israel's apartheid system, nor an ounce of self-reflection about the organization's own unequivocal support for Israel's unjust and discriminatory system.

These accusations of antisemitism that ADL hurls so freely are significant. For an organization that prides itself in challenging antisemitism, their recklessness would be mind-boggling but for the fact that, as in the case of this report, they consistently take cheap shots at critics of Israel's human rights abuses—calling them antisemitic.

The ADL has gotten some positive publicity lately because it steps in as "experts" on antisemitism when ugly attacks happen. Also, the Rabbi who survived the hostage crisis in Colleyville reported he had undergone trainings over the years with the Colleyville Police Department, the FBI, and the ADL that he found indispensable. But that does not make the ADL (or the FBI or Police Department, for that matter) right or less harmful in its overarching policies, approach, and practices.

Much has been written about the ADL's history and current priorities that is highly critical of the organization. That research has been compiled in an extensively researched primer, written by organizations concerned with freedom, justice, and equality, that lays out the ADL's past and follows its actions until today. In a letter accompanying the primer signed by over 200 social justice organizations and movements across the country, signatories point out that the ADL "has a history and ongoing pattern of attacking social justice movements led by communities of color, queer people, immigrants, Muslims, Arabs, and other marginalized groups, while aligning itself with police, right-wing leaders, and perpetrators of state violence." While the ADL presents itself as a progressive civil rights organization, the facts tell a very different story.

As we consider how we might participate in movements for justice from the US to Palestine—which of course includes how we challenge antisemitism along with all forms of injustice—an organization that consistently does the kind of harm that the ADL has done and continues to do is not the source to whom we should be turning to for advice about how to challenge antisemitism or anything else. Our commitment must be to liberation for all and to organizations and structures that embody that principle.

[Donna Nevel is a community psychologist, educator, and long-time organizer for justice.]