A spate of acquisitions, including Microsoft’s $68.7 billion deal for Activision Blizzard, marks a flashpoint among organizers looking to make inroads in a mostly nonunion industry. 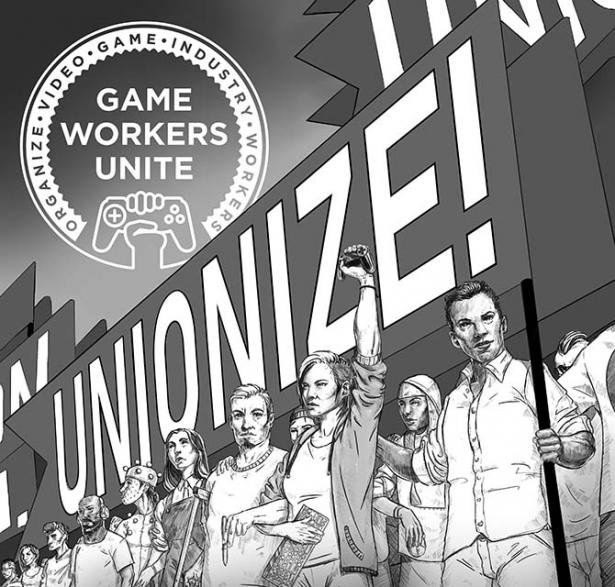 Is the video game labor movement finally at a turning point? Over the past several years, workers within the largely nonunion U.S. industry have grown increasingly vocal about workplace issues ranging from gender discrimination to unpaid overtime and mandatory arbitration practices, with walkouts at Activision Blizzard (Call of Duty) and Riot Games (League of Legends) over company issues, and worker groups at Activision Blizzard and Ubisoft (Assassin’s Creed) publicly pressuring leadership to make changes.

Before the COVID-19 pandemic, the labor giant Communications Workers of America (CWA) publicly launched the Campaign to Organize Digital Employees (CODE-CWA) while IATSE quietly escalated its Rights & Protections for Gameworkers (RPG-IATSE) movement, both seeking to make union inroads in the business.

These early union breakthroughs have arrived as the industry is in a period of sudden consolidation — deals including Take-Two Interactive acquiring Zynga for $12.7 billion, Microsoft buying Activision Blizzard for $68.7 billion, and Sony’s purchase of Bungie for $3.6 billion have all been announced this year — which some labor advocates consider a threat to their efforts.

The labor movement has “been gaining very serious momentum since 2018 or so under the banner of unionization, specifically,” says Johanna Weststar, an associate professor at Ontario’s Western University who studies video game labor and believes the overall unionization drive is “on the precipice.” Adds Sean Kane, the co-chair of the Interactive Entertainment Group at law firm Frankfurt Kurnit (speaking generally and not about particular clients), “I personally know of enough people in the industry that are trying to do it [unionize] that I think we will see it come to fruition in the not-too-distant future.”

With video game organizers already facing a steep learning curve and large workplaces that present challenges for accumulating leverage, several express a mix of hope and caution as major employers bulk up.

“If you look at labor history both in a global way and especially in the United States context, there are tipping-point moments,” says the CWA’s senior director for organizing, Tom Smith, whose union is behind both Vodeo Games and Raven QA worker groups: “I don’t know if we’re on the cusp of one of those moments, but when I see the activism and the energy and the commitment of increasingly large numbers of workers, they certainly act like they might be.”

The Vodeo and Raven QA worker groups going public have galvanized multiple worker campaigns, says Stephen, an organizer with the Game Workers of Southern California; the volunteer workers’ rights advocacy group collaborates with the CWA and he says it has also worked with SAG-AFTRA, which bargains on behalf of voiceover and performance-capture performers in video games. (Stephen, who works in the industry, requested to be identified only by his first name for fear of retaliation.) His group has seen a threefold increase in applications to join since organizing at those two companies went public and is working on “a lot more” campaigns than they were a few months ago, he adds.

Jessica Gonzalez, a former senior test analyst at Blizzard Entertainment who co-founded the ABK Workers Alliance, an outspoken worker group at Activision Blizzard, says the country’s larger labor movement during the pandemic has contributed to the momentum: “Wages are low and inflation is high, and it just economically makes sense that places are looking to unionize right now.”

Western University’s Weststar notes that both the Vodeo and Raven QA worker groups are “unique and not super generalizable test cases” when it comes to the industry at large. Still, she adds, “They do help to change the narrative of what’s possible and what’s likely. So I think they remain important for that reason: You have to start somewhere, and sometimes starting small is easier.”

Of course, as the labor movement starts small, some of the industry’s most influential companies are getting bigger. The CWA has called on the Department of Justice, Federal Trade Commission and states attorneys general to “take a serious look” at the planned Microsoft-Activision Blizzard deal for potentially damaging effects to consumers and workers. (An Activision Blizzard spokesperson said in a statement, “The gaming industry is incredibly diverse, with new studios and publishers entering the space regularly. The vibrant global competition brings the best games to players and provides opportunities to talent.”)

In December, the Writers Guild of America West — whose members can write under contract for video games — produced a report slamming several recent, separate entertainment media megamergers for their “anticompetitive effects” while adding that, post-merger, these conglomerates can “control terms in labor markets.” (The WGA West declined to comment for this story.) The CWA’s Smith says the deals raise the prospect of “monopsony power,” when “you have fewer and fewer purchasers of labor in a labor market.”

Some industry organizers say the recent acquisitions aren’t affecting their approach. The Raven QA worker group went public just three days after the Activision-Microsoft deal was unveiled Jan. 18. Onah Rongstad, a QA tester at Raven Software and member of the group, says there’s a lot of “uncertainty” about the deal, which she believes could have positive or negative effects on working conditions and the games themselves. But overall she believes “the unionization effort is going to be the same regardless of which company is in charge at the end of the day.”

IATSE director of communications Jonas Loeb, whose union’s RPG initiative has been in the works for a long time but intensified following the 2019 Game Developers Conference, which featured several labor-themed events, says high turnover complicates organizing campaigns that are in the works for a substantial period. “But I don’t think [a merger] changes the overall approach, which is, you need to build a critical mass of people who want to get together and improve things with a written, codified contract that they get to vote on and decide what to vote for as a group,” he says.

In February, Santa Monica-based Activision Blizzard, led by CEO Bobby Kotick, argued in a multiday National Labor Relations Board hearing that the bargaining unit the Raven QA workers proposed, where there is a “supermajority” in favor of the union, according to CWA, should add 230 positions to the existing 32 positions. This could have the effect of diluting support for the union. The NLRB must now rule on the bargaining unit before a union election can take place. (An Activision Blizzard spokesperson states, “We believe that every eligible employee deserves to have their vote counted.”)

Organizers are staying mum about particular worker groups that might go public next with an organizing campaign. Still, a broader swath of workers is organizing at Activision Blizzard than just those in the Raven QA department; indie studios and other AAA studios are also actively working on campaigns. Given how some recent editions have highlighted industry workplace issues, the upcoming Game Developers Conference (March 21-25), the first to occur in-person since the 2019 event, could be a bellwether for how this year might go in the labor movement.

Gonzalez, who remains an organizer though she no longer works in video games, says, “I feel like across the industry people are watching, and hopefully this does create a ripple effect and we can see more Vodeo Games[-type] unions.” When asked if she’s taking any lessons from these precedents, she adds, “It’s hard, right? I always tell people in our organizing group that no one’s really done anything like this before, so we’re all kind of learning on the fly.”

A version of this story first appeared in the March 2 issue of The Hollywood Reporter magazine. Click here to subscribe.