The US Would Be on Firmer Ground Declaring Putin a War Criminal If George W. Bush Had Been Tried

I make no excuses for Putin, who is an execrable excuse for a human being, or for his war, which is barbarous. And, we should all have learned in kindergarten that two wrongs don’t make a right. But. But, Senators, we see you.

March 18, 2022 Juan Cole Informed Comment
Printer friendly
The US Would Be on Firmer Ground Declaring Putin a War Criminal If George W. Bush Had Been Tried Published March 18, 2022 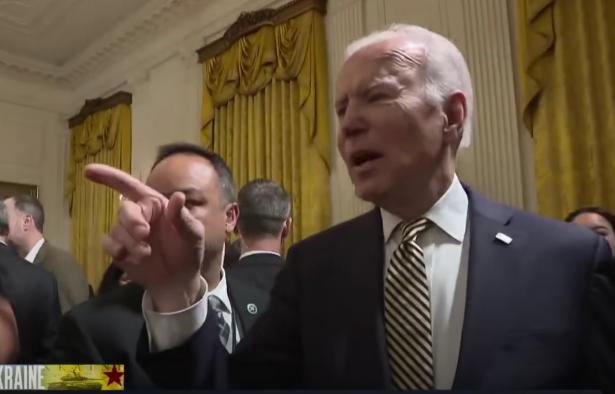 Ann Arbor (Informed Comment) – NPR reports that on Wednesday, President Biden called Russian dictator Vladimir Putin a “war criminal” for the first time. The report notes that this outburst is unusual for Biden, who prizes personal diplomacy and must know that such a charge would make it more difficult to negotiate with Putin down the road.

When reporters pressed Biden on the matter, the president said, “I think he is a war criminal.”

The observation came, Moira Warburton reported for Reuters, as the US Senate passed a resolution declaring Putin a war criminal, which was introduced by Sen. Lindsay Graham (R-SC). She writes that the resolution called on the International Criminal Court (ICC) in the Hague to open an investigation of Russian military officers’ conduct in the Ukraine invasion.

Graham initially called for Putin’s assassination but now says he’d be pleased to see him on trial in the Hague.

The United Nations Charter recognizes only two legitimate grounds for war. One is self-defense. Russia was not attacked by Ukraine. The other is when the United Nations Security Council authorizes the countries of the world to intervene against a government that threatens world order. Thus, the Gulf War to remove Iraqi dictator Saddam Hussein’s invasion force from Kuwait was authorized by the UNSC and was a legitimate war. The no-fly zone over Libya in 2011 was also authorized by the UNSC, which did ask the International Criminal Court to try dictator Moammar Gaddafi.

The UN Security Council condemned Putin’s invasion, with 11 of 15 members voting to rebuke him. Russia as a permanent member of the UNSC can exercise a veto, which Putin did, but it is clear what the custodians of international law thought. They thought his invasion was a wrongful war of aggression. The UN General Assembly condemned the invasion by 141 to 5, with 35 abstaining.

The Russian military has engaged in indiscriminate fire on civilian cities, has struck hospitals, and has recklessly or perhaps deliberately endangered noncombatants, which are war crimes. Putin ordered the war, so he is the war criminal-in-chief.

So do not misunderstand me. I make no excuses for Putin, who is an execrable excuse for a human being, or for his war, which is barbarous. And, we should all have learned in kindergarten that two wrongs don’t make a right.

But, Senators, we see you.

The United States has not signed the Rome Statute that authorizes the International Criminal Court in the Hague. You don’t really get to ask that court to act as you would like if you aren’t a member. Especially if you aren’t a member because you don’t want American officials ever to be investigated for . . . war crimes. The court can only take up the cases of individuals in states that are signatories unless the UNSC forwards the case. So Mr. Putin and his generals are off limits, just as American officials and military men are. Most successful prosecutions by the ICC have been of deposed African despots.

Not only has the US not signed the Rome Statute, the Trump administration threatened the sitting judges of the ICC if it were to investigate possible US war crimes in Afghanistan and Israeli war crimes in Palestine, then actually put judges under US sanctions. So all those Republican senators who supported Trump’s and then-Secretary of State Mike Pompeo’s bizarre and slimy actions against the court but who now want the judges to take up the case of Mr. Putin are pond scum hypocrites.

And then there is the two-ton elephant in the room, of the George W. Bush invasion of Iraq, also a war of aggression. Also a war crime.

Bush should have been tried for this crime, which violated US law. The US is a signatory to the UN Charter and several other international instruments that strictly forbid what Bush did. The “Shock and Awe” bombing campaign targeting Baghdad, then a civilian city of 6 million, constituted indiscriminate fire, which is, again, a war crime. Hundreds of thousands of Iraqis died as a direct result of events kicked off by the US invasion. Millions were wounded. Four million lost their homes, with a million and a half exiled abroad.

Brown University’s Costs of War Project estimated that all the Bush “War on Terror” campaigns over the past 20 years resulted in the deaths of at least 900,000 people from guns, bombs and other direct violence, and this does not count those who died from exposure on being chased into refugee camps.

The US had not been attacked by Iraq in 2002, though Bush and his cabinet duplicitously hinted around that the secular, socialist Arab nationalist Baath Party of Iraq was somehow in cahoots with the far right wing religious fundamentalist al-Qaeda in carrying out the September 11, 2001, attacks. This is the equivalent of Putin charging Ukrainian President Volodymyr Zelensky, who is Jewish, with heading a Nazi regime.

The UN Security Council distinctly did not authorize Bush’s war.

So I hope someday to see Putin tried in the Hague. It may be the only thing Lindsay Graham and I agree on.

But I also hope to see George W. Bush there alongside him.