Major League Baseball owners’ recent lockout was an effort to reverse the gains that players had won over decades of labor struggle. The owners failed. 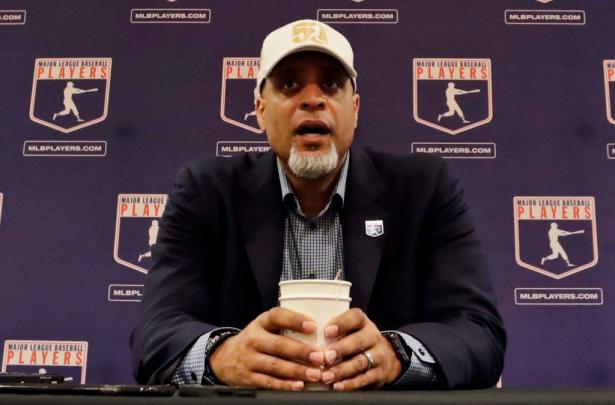 On December 2, 2021, Major League Baseball’s team owners locked out the players, ceasing all operations with the claim that they wanted to jump-start negotiations over their next five-year collective bargaining agreement.

It was a deliberate power play. Operations could have continued under the existing collective bargaining agreement even while the owners and the players negotiated a new one. Yet once the lockout began, Commissioner Rob Manfred, who works for the owners, refused to negotiate with the union for forty-three days. He set an arbitrary deadline for resolving the dispute and then failed to schedule regular negotiations, threatening to delay Opening Day (scheduled for March 31) and jeopardizing the entire season.

The owners’ intransigence may have weakened after a Morning Consult pollreleased March 8 found that 45 percent of self-identified baseball fans blamed the team owners and only 21 percent blamed the players for the stalemate.

In all, the owners kept the lockout going for ninety-nine days, until March 10, when the two sides finally reached an agreement.

Some players, like the normally soft-spoken Los Angeles Dodgers pitching ace Walker Buehler, were radicalized by the experience.

“This isn’t millionaires vs billionaires. This is workers vs owners,” Buehler, who is also the Dodgers’ representative to the players union, tweeted. “We are EXTREMELY lucky to do what we do but the numbers don’t line up. I appreciate the fans getting where we are coming from. Truly.”

Baseball players have identified as workers before. In 1885, John Montgomery Ward, an outstanding pitcher, organized the Brotherhood of Professional Baseball Players (BPBP), the first labor union in sports. Taking their cues from the robber barons of the age, baseball’s owners maintained their profits by controlling players’ wages, their primary costs. They colluded with each other, especially through the reserve clause, which bound ballplayers contractually to their teams so they could be traded or even released without pay and prohibited them from negotiating with other teams. In an 1887 article, “Is the Base-Ball Player a Chattel?” Ward compared the reserve clause to “a fugitive-slave law.”

In 1889, after the owners refused to negotiate with the union, Ward and other players founded the Players’ League (PL) based on the revolutionary idea that workers could run their own workplaces without the bosses. Players would own and run their teams (with some financing from outside investors), trades would occur only with players’ consent, and investors would divide profits equally with the players. League revenue would be split evenly among the clubs. There would be no reserve clause.

The idea was so popular that three-quarters of all National League and American Association players jumped to the PL. After moving from the NL’s Boston Beaneaters to the PL’s Boston Reds, Mike “King” Kelley, a major star, was offered a blank check to return to the Beaneaters, but he refused, explaining: “My mother and father would never look at me again if I proved to be a traitor to the boys.”

Samuel Gompers, president of the American Federation of Labor, supported the new league. Some unions fined members caught attending non-union games. But the PL lasted only for the 1890 season. The National League owners bribed reporters to inundate the media with anti-union propaganda accusing players of being “hot-headed anarchists,” “socialists,” “ultra-radicals,” “overpaid players,” and even “terrorists.” They also wooed the PL’s investors—who were dismayed at the PL’s falling profits—with the promise that they would be awarded new teams and more money in a reconfigured NL. They capitulated, and Ward’s revolution was over.

In 1953, players formed the Major League Baseball Players Association (MLBPA), primarily to push the owners to provide decent pensions, but the union had no full-time employees, no office, and no way to collect dues or to communicate with the players during the off-season.

By 1966, star pitchers Robin Roberts and Jim Bunning (later a Republican Senator from Kentucky) convinced their fellow players that the union needed a full-time director. They picked Marvin Miller, a former steelworkers’ union official. In 1968, he negotiated the first collective bargaining agreement in professional sports. In 1970, the MLBPA established players’ rights to binding arbitration over salaries and grievances and to hire agents.

At the end of the 1969 season, the St. Louis Cardinals traded All-Star outfielder Curt Flood to the Philadelphia Phillies against his will. With MLBPA’s support, he sued Major League Baseball for preventing him from negotiating with another team. Flood, who was earning $90,000 at the time, argued that “a well-paid slave is, nonetheless, a slave.”

In 1972, the U.S. Supreme Court ruled against Flood. But in 1975, Miller found a loophole in the reserve clause language that didn’t require going to court. He persuaded two pitchers to play the entire season without signing contracts. When the season ended, they filed grievances, claiming the right to free agency because there was no contract for their teams to renew. That December, arbitrator Peter Seitz ruled in favor of the players, ending the reserve clause. Since then, players have been able to negotiate for better salaries and benefits after they reach six years of service time and become free agents.

Over the course of its existence, the MLBPA has won dramatic improvements in wages, benefits, pensions, and working conditions. Players got better per diem allowances, travel conditions, training facilities, locker rooms, and medical treatment. In 1975, before the union overturned the reserve clause, MLB’s minimum salary was $16,000 ($80,057 in today’s dollars), while the average salary was $44,676 ($223,541). Under the contract in place before the recent lockout, the minimum salary was $570,000. The average salary was $4 million.

With numbers like that, it might be difficult to understand what players have to complain about. But the numbers can be misleading.

It is rarely noted that around 25 percent of players last only one season in the majors. As of 2019, the data showed that the average player spends only 3.7 years in the majors before he is released, injured, or retires, a decline from 4.8 years in 2003.

About one-third of players make the MLB minimum salary; many others earn close to that minimum; quite a few don’t even make the minimum because they go up and down between big league and minor league rosters. Minor league teams pay most players close to poverty-level wages.

In recent years, while team revenues have skyrocketed, players have earned an increasingly smaller share of the sport’s prosperity.

Today, twenty-four of baseball’s thirty owners are billionaires. Many inherited their wealth or made it in other sectors, such as real estate, banking and finance, and communications. Almost all of them have seen their wealth increase during the pandemic. The wealthiest among them, Mets owner Steve Cohen, built his fortune in the hedge fund industry. Since 2020, his net worth has increased from $13.9 billion to $15.9 billion.

Between 2015 and 2021, the average value of major league teams increased 83 percent (from $1.2 billion to $2.2 billion), while the median player salary fell 30 percent (from $1.65 million to $1.15 million), in part because teams increasingly rely on less experienced and less expensive players who have yet to hit free agency. The average salary is skewed upward by the mega-salaries of a handful of top players. The hundred highest-paid players earn 52.4 percent of all salaries.

Baseball’s owners still resent the dramatic gains won by the MLBPA. The recent lockout, which ended twenty-seven years of labor peace, was the owners’ effort to reverse those gains and weaken the union. They failed.

Mets pitcher Max Scherzer, who was on the eight-member negotiating committee, is baseball’s highest-paid player, earning $43 million a year. During the negotiations, he and other union leaders fought to improve the pay for the many younger players who make a fraction of the large salaries.

“I’m in a position to fight for those guys and sacrifice my salary to make this game better,” the future Hall of Famer told USA Today a week before the owners and the union settled.

By the time the negotiations were resolved, the players had forced the owners to make some important concessions. The new contract raised the starting salary from $570,500 to $780,000 by 2026. The owners agreed to create a $50 million pool to distribute each season to players not yet eligible for salary arbitration. The five-year agreement also creates some incentives for teams to promote minor league players to major league rosters earlier so they can at least earn the minimum salary.

The union convinced the reluctant owners to reduce their demand for a competitive balance tax that players thought amounted to a salary cap. The owners also agreed to a revised draft lottery to discourage what the players called “tanking,” a practice through which teams intentionally field their less-than-best players in order to lose games so they get an early pick in the draft, when teams with the worst records get first dibs on the best high school and college athletes.

But the owners wouldn’t budge on three matters that the union had hoped to win. The union wanted to reduce the number of years required to be on a major league roster—now six years—before free agency kicks in. That would help younger players win better contracts sooner. In the NFL and NBA, players only need to play for four years before becoming free agents.

The union also wanted the new contract to require teams to allocate a specific percentage of revenues on player salaries. The third demand was that teams spend a minimum amount on player payroll. NFL and NBA players enjoy both those provisions.

Angered by the owners’ refusal to make these concessions, the players closest to the negotiations—the eight-member bargaining committee of Scherzer, Andrew Miller, Gerrit Cole, Francisco Lindor, Marcus Semien, Zack Britton, Jason Castro, and James Paxton—unanimously rejected the deal. But they were overruled by the larger and separate thirty-member executive board, composed of one elected representative from each team, which overwhelmingly supported it twenty-six to four.

The dissenters wanted to hold out for a better contract, or even strike, but most players worried about losing paychecks.

Even professional athletes are not immune from the growing outrage over widening inequality. The pandemic exposed many American workers, including ballplayers, to the undue influence of corporate America and its mistreatment of employees. A recent Gallup poll found that 68 percent of Americans approve of labor unions—the highest figure since 1965. The nation has seen a recent upsurge of union activity.

Since the pandemic began, many major league players became increasingly exasperated by the owners’ indifference to their health and safety as well as their unwillingness to share baseball’s growing revenue with the people who put the fans in the seats. Some have talked about supporting the burgeoning unionization efforts among minor leaguers.

The players are now back in uniform during a shortened spring training before the regular season begins on April 7. But that doesn’t mean that they are prepared to play ball with baseball’s plutocrats.

Peter Dreier teaches politics at Occidental College. He is coauthor (with Robert Elias) of two books, Major League Rebels: Baseball Battles Over Workers Rights and American Empire (Rowman & Littlefield) and Baseball Rebels: The Players, People, and Social Movements That Shook Up the Game and Changed America(University of Nebraska Press), that will be published in April.