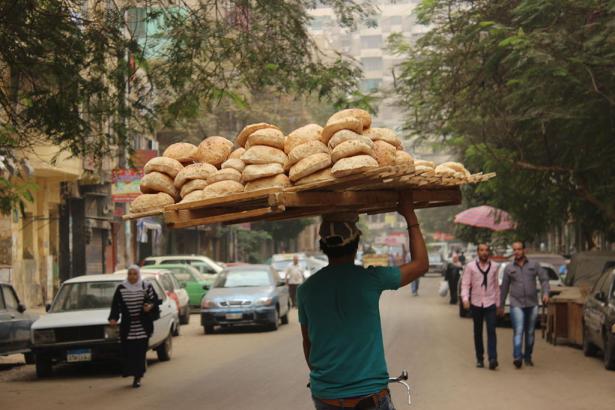 The crisis provoked by Russia’s invasion of Ukraine is upending the global political order and underlying trade structures.

A good part of the trade disruption stems from the leading roles of Russia and Ukraine as exporters of wheat and other food staples. According to the U.N. Trade and Development Agency, the two countries account for 27 percent of wheat exports and 53 percent of sunflower oil and seeds worldwide. Russia is also a key global supplier of fertilizers and hydrocarbons.

The U.N. Food and Agricultural Organization has expressed concern that the war will disrupt Ukraine’s spring harvest and planting season, with consequences for global grain supplies beyond the coming few months. Rising costs for importing food and fuel will affect household as well as national budgets already stressed by the COVID-19 pandemic.

The military conflict has largely cut off Ukraine’s access to its Black Sea ports, and the Ukrainian government banned grain and other food exports in early March to ensure domestic supplies. The country’s limited rail capacity to export overland has been further impaired by the demands of war mobilization. The fighting threatens to interfere with Ukraine’s spring planting season, impacting the labor and resources available for food production over the medium term. For Russia, heavy and comprehensive financial and trade sanctions have disrupted its ability to export and import. And the Ukraine war erupted at a time when food prices were already climbing as a result of rising energy, and thus fertilizer and feedstock, costs.

Arab countries get just over half of their wheat imports from Russia and Ukraine. For several countries the ratio is much higher — 96 percent for Lebanon; 92 percent for Sudan; 80 percent for Egypt. Shipping and transport costs have increased as a result of rising fuel prices, and will increase further if supplies of wheat and other staples have to be imported from a greater distance. According to the Paris-based Arab Reform Initiative, per capita wheat consumption in Arab countries (128 kg per year) is nearly twice the world average (65 kg per year).

Armed conflicts and economic mismanagement in importing countries have amplified the impact of soaring prices and supply disruptions, and drought has lowered production of wheat and other grains in several countries. In Yemen, where Russia and Ukraine supplied about 40 percent of the country’s wheat imports, well over half of the country’s 30 million people are already experiencing a high level of food insecurity as a result of the war there now in its seventh year. A mid-March U.N. donor conference for Yemen met only a third of its goal, which a World Food Program spokesperson attributed to the “shadow” cast by the Ukraine war.

Syria’s economic crisis, the result of persistent drought and destruction of infrastructure from more than 11 years of war, has left the country with a severe wheat shortage. Russia, a main source of Syria’s wheat imports, recently suspended a December 2021 agreement to supply a million metric tons of wheat. The areas outside of Syrian government control in northwest Syria procure wheat and flour from Turkey, but Ukraine and Russia are important suppliers of wheat to Turkey, whose own production has been affected by drought.

Lebanon’s near-total dependence on Ukraine and Russia for wheat supplies is likely to worsen food security in a country whose corrupt and incompetent elites have precipitated one of the worst economic crises of modern times and forced more than three-quarters of the population into poverty. The country lost much of its grain storage capacity in the devastating August 2020 explosion that levelled Beirut’s port area.

The food-supply impact of the Ukraine war in the Middle East region is best seen in Egypt, the region’s most populous country. Egypt is the world’s largest importer of wheat, about 80 percent of which has come from Russia and Ukraine, and one of the largest importers of sunflower oil, 73 percent of which comes from Russia and Ukraine. Egypt’s tourism sector, an important source of foreign exchange, is also taking a hit; Russian and Ukrainian tourists have comprised a sizeable portion of visitors to Egypt’s Red Sea shores.

Egypt imported more than 13 million metric tons of wheat in 2020, 11.3 million of which came from Russia and Ukraine. Prime Minister Mustafa Madbuly said in late February that the country had a four-month supply available, and that the domestic harvest beginning in April would extend supplies to nine months. In March the government banned for three months all exports of wheat and other staples and started talks with Argentina, India, and the United States as alternative sources.

Egypt spends $3 billion annually to subsidize bread prices for 70 million people, roughly two out of every three, Egyptians. Even before the Ukraine war erupted, budgetary pressures, rising prices, and austerity “reforms” imposed by the International Monetary Fund and other international lenders had led to increased prices for staples. The government reduced subsidies for sunflower, soybean, and other vegetable oils in July 2021.

In 2016 President Abdel Fatah al-Sisi declared that “[b]read has not been touched and never will be,” but last August he announced that the bread subsidy would also be reduced. However, the usually well-informed independent Egyptian news site Mada Masr in August, citing “government sources close to decision-making circles,” said that “security agencies have advised Sisi to put off the decision to raise bread prices.”

The security agencies no doubt have in mind the angry demonstrations that erupted in several cities in March 2017 when the minister of supplies cut the daily amount of subsidized bread bakeries could provide, and the days of “bread riots” in January 1977 that left scores dead and hundreds injured.

All this was before soaring wheat prices hit a 10-year high in March, threatening to nearly double Egypt’s wheat import bill from $3 billion to $5.7 billion. The war in Ukraine, among other things, accelerated an exit of capital from Egypt’s bond markets. The central bank’s March 21 decision to float the currency exchange rate then led to a “greater than expected” 15 percent depreciation of the Egyptian pound, which is virtually certain to boost inflation.

The price of unsubsidized bread jumped by 50 percent. In an effort to rein in prices the government set prices on bread from unsubsidized bakeries and ordered farmers to sell 60 percent of their harvested wheat to the state at prices below the global market. On March 23, al-Sisi urged Egyptians to “rationalize” food consumption during Ramadan, but assured them that “we are dealing with challenges and demands … from the wheat shipments to the availability of bread to the people, it is a chain.”

Egypt’s mounting financial challenges, and trending hashtags like “revolution of the hungry,” have the government looking abroad for assistance. On March 8 al-Sisi visited Saudi Arabia, resulting in “a draft memorandum of understanding regarding the establishment of a high-level financial dialogue.” After a similar visit to the United Arab Emirates, an Abu Dhabi sovereign wealth fund was reportedly planning to buy $2 billion worth of state-owned shares in Egypt’s Commercial International Bank and other companies.

Egyptian authorities for weeks denied reports that they had approached the IMF for assistance, but on March 23 the IMF, citing “the rapidly changing global environment and spillovers related to the war in Ukraine,” confirmed that Egyptian authorities “have requested [IMF] support” which an Egyptian Cabinet spokesperson said “could include additional financing.”

Floating currencies and cutting subsidies is usually on the menu for IMF negotiations, so it’s likely that Egypt and the wider region have not seen the last of the Ukraine war fallout.

Joe Stork is a deputy director in Human Rights Watch’s Middle East and North Africa division. Before joining HRW he co-founded the Middle East Research & Information Project (MERIP) and was the chief editor of its magazine, Middle East Report.

Responsible Statecraft is the online magazine of the Quincy Institute for Responsible Statecraft. It publishes outside contributors and reporters as well as staff  analysis, opinion, and news to promote a positive, non-partisan vision of U.S. foreign policy and critique the ideologies and interests that have mired the United States in counterproductive and endless wars and made the world less secure.