No More Wars and a Ban on Nuclear Weapons

Let us be coherent and let us express this sentiment loudly so that the brutes who represent us are made aware: we can no longer afford more armed conflicts. Wars are the dregs of humanity. The future will be without war or not at all. 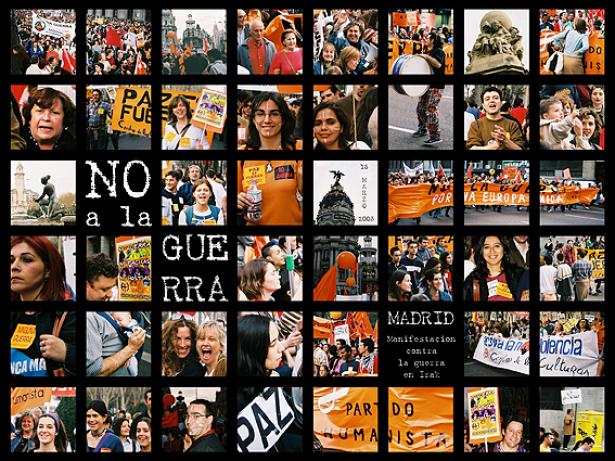 Who is responsible for the conflict?

It is not known how many Ukrainians have died, nor how many young Russians were forced to fight. Looking at the pictures, it will be in the thousands, if we add the physically disabled, the emotionally disabled, those affected with serious existential fractures and the horrors that this Ukrainian war is producing. Thousands of buildings destroyed, homes, schools and spaces for coexistence annihilated. Countless lives and projects cut short, as well as relationships broken by the war. The number of displaced persons and refugees is already in the millions. But it does not end there. Hundreds of millions are already affected by the rising cost of living around the world, and billions more may be affected.

Many of these human beings were contemporaries at the dawn of life. They did not know each other, but they struggled until their lives were cut short. Or, like many young Ukrainians, they hide so as not to be called to war “… I am too young to die and to kill…” they say. In addition, there are many children, old people and women whose lives are being fractured by a war that, it is said, nobody wanted.

Who do we point to as responsible for such crimes? The one who pulled the trigger or fired the missile? The one who gave the order to attack? The one who made the weapon, the one who sold it or the one who donated it? The one who designed the software to track the missile? The one who with his speech inflamed the blood or the one who sowed tares? The one who with his articles and false information created the breeding ground for hatred? The one who prepared false attacks and false war crimes to blame the other side? Tell me, please, at whom are you pointing your accusing finger: at the one who, impassive in his position of responsibility, removes them from death? At the one who invents stories to steal from another? It is already common knowledge that the first thing to die in wars is the truth… So, is it the political representatives who are responsible? Is it the big propaganda media who are responsible? Is it those who close down and censor certain media outlets? Or those who make video games where you try to kill your opponent? Is it Putin the dictator of a Russia that wants to expand and resume its imperialist aspirations? Or is it NATO, which is closing in ever more closely, afterwards promising not to expand, having tripled the number of countries? Who of all these bears any responsibility? None? Or just a few?

Those who point to those to blame without reference to the context in which all this is made possible, those who point to the easily identifiable “media” culprits without pointing to those who actually benefit and profit from death, those who operate in this way, in addition to being short-sighted, become accomplices in situations where conflict will arise again.

If punishment is called for, it is revenge that is being sought, not justice. True justice is about repairing the harm done.

Many people cannot believe what is happening. It’s as if history has gone backwards. We thought this would never happen again, but now we see it closer because it is on Europe’s doorstep where we are experiencing the conflict. We were used to the people affected being in distant wars, having coloured skin and not being white with blue eyes. And the children were barefoot and didn’t wear tasseled hats or teddy bears. Now we feel it closer and we are pouring out in solidarity, but we have forgotten that this is a continuation of what is happening today or has happened before in many parts of the world: Afghanistan, Sudan, Nigeria, Pakistan, DR Congo, Yemen, Syria, the Balkans, Iraq, Palestine, Libya, Chechnya, Cambodia, Nicaragua, Guatemala, Vietnam, Algeria, Rwanda, Poland, Germany or Liberia.

This is not a conflict between Ukrainians and Russians, any more than it is between Sahrawis and Moroccans, Palestinians and Jews, or between Shiites and Sunnis. The real conflict is between the powers that use people and countries by manipulating, oppressing and pitting them against each other for profit and gain. The real problem lies with those who profit from war, with the military-industrial complex, with those who want to maintain their power and heartless possession in the face of the needs of the dispossessed of the world, those majorities who struggle every day to build a dignified existence. This is a complex issue that is at the root of our history: the manipulation of populations in order to pit them against each other while there are sectors that remove them from power.

Let us remember that the 5 countries that have the right of veto in the United Nations also happen to be the 5 main arms producers in the world. Weapons demand wars and wars demand weapons…

On the other hand, wars are remnants of a stage of our prehistoric past. Until today, we have lived with them, almost considering them as “natural”, because they did not pose a serious danger to the species. What problem could there be for the human race if one wren came into conflict with another and a few hundred died? It went from there to thousands. And afterwards the scale continued to increase, with technological improvements in the art of killing. In the last world wars the dead numbered in the tens of millions. The destructive capacity of nuclear weapons continues to increase enormously day by day. Now, with the possibility of a nuclear confrontation, our species is already in danger. The continuity of the human race is now in question.

We cannot afford this. It is a turning point that we have to decide as a species.

We, the people, are showing that we know how to unite and that we have more to gain by working together than by confronting each other.

We have already traveled the planet twice and I can assure you that we have not met anyone who believes that wars are the way forward.

Sixty countries have already outlawed nuclear weapons by signing the Treaty on the Prohibition of Nuclear Weapons (NPT). Let’s force our governments to ratify it. Let us isolate countries that defend nuclear weapons. The doctrine of “deterrence” has failed, as more and more powerful weapons are found in more and more countries. The nuclear threat has not been eliminated; on the contrary, it is gaining more and more force. In any case, as an intermediate step, let us put nuclear weapons in the hands of a refounded United Nations with a clear direction towards multilateralism and towards solving the main problems of humanity: hunger, health, education and the integration of all peoples and cultures.

Let us be coherent and let us express this sentiment loudly so that the brutes who represent us are made aware: we can no longer afford more armed conflicts. Wars are the dregs of humanity. The future will be without war or not at all.

The new generations will thank us for it.

Rafael de la Rubia  Spanish Humanist. Founder of the Organization World without Wars and Violence and spokesperson of the World March for Peace and Nonviolence theworldmarch.org.

Pressenza gives visibility to news, initiatives, proposals and scenarios related to Peace, Nonviolence, Disarmament, Human Rights and the fight against all forms of Discrimination. We place the human being as the central value and concern, and celebrate diversity. Thus, we propose active and lucid journalism that respects these essential premises, aiming towards the resolution of crises and social conflicts in all latitudes.

In this sense, we disseminate research, analysis and actions that contribute to world peace and overcoming violence; prioritising nuclear and conventional disarmament, peaceful resolution of conflicts, their prevention and withdrawal from occupied territories.  We also report on all the facts and situations that cause pain and suffering in populations, attempting to comprehend and transform the causes of these events, going beyond being mere spectators. The agency also trains students and volunteers who converge in these principles.

All content produced by Pressenza is freely available under a Creative Commons License 4.0. The material reaches the subscribers via email or RSS and can be found permanently at www.pressenza.com.