Stormy Days Coming for Solar Power in the Sunshine State 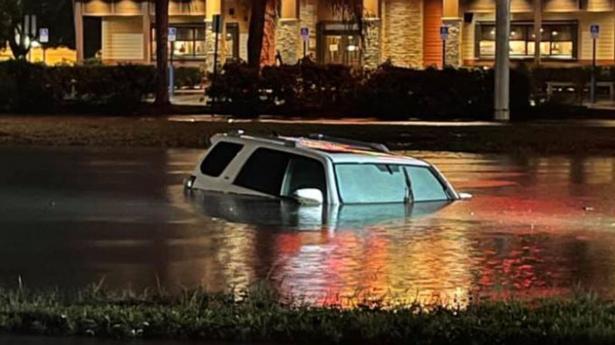 There was a time in America when big business and the politicians closest to them at least pretended to be patriotic, to put the interests of the nation and its citizens first.  The latest abomination from Republicans in Florida shows that those days are long gone.

In the face of a climate change crisis that threatens our nation, civilization itself, and even human life on Earth, a corrupt profit motive is all-consuming for the GOP.

Reflecting a growing trend among for-profit utility parasites companies, Florida Power and Light (FPL) has apparently bribed incentivized Republicans in the Florida House and Senate to put forward HB4, which recently passed both bodies and is waiting for Governor DeSantis’ signature.

The bill will increase the cost to consumers in The Sunshine State who want to put solar panels on their homes’ roofs, radically cutting the “net metering” rate at which the utility must buy back power from those solar panels, all while putting open-ended fees on solarized homeowners.

While the climate emergency is worldwide, it’s hitting Florida particularly hard with rising sea levels already forcing cities to spend millions to keep the ocean out.  Within a few decades it’s expected to go from “expensive” to “crisis” in Florida (and much of the rest of coastal America).

Buildings being the third largest source of greenhouse gasses (behind vehicles and power plants) in the US, you’d think the Florida legislature would want to incentivize people to install solar panels on their homes.  After all, it’s The Sunshine State!

But Republican political corruption is so severe in Florida that FPL actually wrote the bill itself; the legislators they own didn’t have to do any work other than slap their names on it and bring it to the floor.

Although rooftop solar represents less than 1 percent of the power currently generated in Florida, the rooftop solar industry already employs over 40,000 people and accounts for $18 billion in annual revenue to the state.

If those numbers were to double or triple, it would still represent a negligible loss of sales for FPL while cutting emissions, creating tens of thousands of good jobs, and tens of billions in economic activity for the state.

Until the solar industry is large enough to start giving Florida Republicans money by the shovelful, though, don’t expect them to care.  And it’s the same with Republicans nationwide; the party has been sucking up fossil fuel dollars for so long they don’t know what they’d do without them.

A recent analysis found “109 representatives and 30 senators” in the 117th US Congress “who refuse to acknowledge the scientific evidence of human-caused climate change.”

This group of Republican lawmakers, the study adds, “have received more than $61 million in lifetime contributions from the coal, oil, and gas industries.”

And that doesn’t begin to count their support from a well-funded climate-change-denying network of 1500 rightwing radio stations, hundreds of rightwing television stations, three rightwing cable TV networks, national and state-wide “think tanks,” and hundreds of “conservative” publications from newspapers to magazines to websites.

After a similar piece of legislation was passed in Nevada, the solar industry there collapsed, basically handing most new electricity generation back to NV Energy, the state’s monopoly power supplier. A similar effort is underway in California, again backed by for-profit utilities and fossil fuel billionaires.

Generating electricity through solar panels is now the cheapest form of power generation in the United States, and more and more homeowners are jumping at the chance to end forever utility outages during bad weather and ever-increasing electric bills.

Unless Democrats can pass federal standards that would preempt these state efforts, expect more and more of this nation’s for-profit utilities to have “conversations” with their wholly-owned Republican state legislators.  After all, ever since five corrupt Republican appointees on the Supreme Court legalized political bribery in their Citizens United decision, this is the way the GOP rolls.

The Hartmann Report is a reader-supported publication. To receive new posts and support his work, consider becoming a free or paid subscriber.