The impetus for DeSantis’s presidential candidacy is the belief that Trump is a liability, and a desire for a replacement who can marshal the same coalition more effectively. What DeSantis is building in Florida is his blueprint for the country. 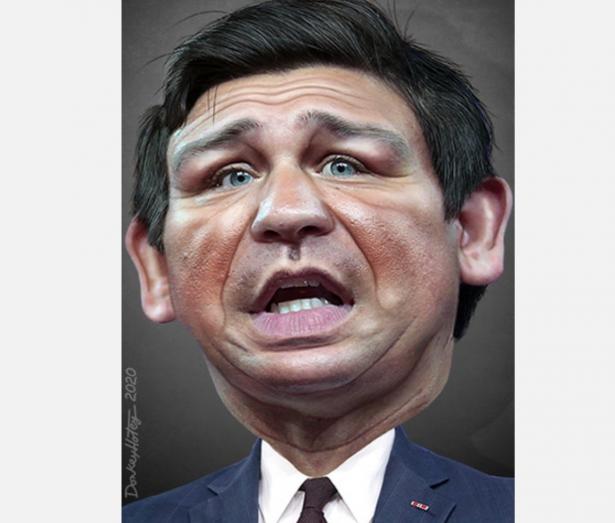 Some observers of Viktor Orban’s slowly tightening grip over Hungary have wondered what response would ensue if a sufficiently determined reactionary implemented the same methods here in the United States. Based on the evidence from Florida, where Ron DeSantis is test-driving his brand of “competent Trumpism,” the answer is, very little.

Sign up for The Intelligencer and other NY Mag Newsletters

After DeSantis signed an anti-gay measure, Disney issued a statement condemning it, and suspended its political donations, which had previously included generous support for DeSantis. In retaliation, DeSantis rushed through a measure targeting Disney’s legal status. He is establishing a new norms in Republican politics: Corporations that publicly question the party’s preferred policy, or withhold donations in protest, will be subject to discriminatory policy. If they enjoy favorable regulatory or tax treatment, they can continue to do so on the condition that they stay in the GOP’s political good graces.

This is one way rulers like Orban and Putin hold power. It is a method that, until quite recently, would have been considered unthinkable in the United States. That bright line has been obliterated. Trump and DeSantis have now made it almost unremarkable.

Here is how the New York Times reported DeSantis’s latest maneuver: “In a move widely seen as retaliation, Gov. Ron DeSantis asked Florida lawmakers on Tuesday to consider the ‘termination’ of self-governing privileges that Disney World has held in the Orlando area for 55 years.”

A move widely seen as retaliation is quite a way to put it, given that DeSantis himself has advertised the measure as retaliation. DeSantis said he was “fighting back” against Disney. (“Fighting back” is a synonym for retaliation.) First he floated a completely different provision targeting Disney (a social-media carve-out he had designed himself) before turning to the current version.

To make his intentions even more obvious, he appeared on Fox News to confess. Brian Kilmeade presented his intentions plainly: “You basically said, ‘Hey Disney, I don’t like your stance against this bill, this parents rights bill, so maybe we’ll go into revisit your special status in Florida.’ Do you want to expand on that?”

DeSantis did not deny this. Instead he made a case on the merits for the retaliation, before saying, “Six months ago, it would have been unthinkable” that Republicans would have taken this step.

The response from the conservative media has been more instructive. One foundation of DeSantis’s governing style is that he has calculated he does not need mainstream media at all. He can rely on support from party-controlled media to obtain sufficient public approval to meet his goals, and his non-party-controlled media as a punching bag.

The conservative media has raised almost no objection to DeSantis’s thuggery. The Wall Street Journal editorial page, Washington Examiner, and Washington Times — all of which would be publishing front-page editorials calling protesters into the streets if a Democrat had tried something like this — have no commentary on it. Republican legal mind Hugh Hewitt approves.

National Review has two stories, one approving, one disapproving. The latter is the only dissent I have seen in the conservative media. It is exceedingly mild. Its author, Charles C.W. Cooke, notes his overall support for DeSantis and the anti-gay measure, but chides him for “an ugly and ill-conceived mistake” they are undertaking “inexplicably,” given that the anti-gay law already passed.

Cooke calls the move a “tantrum,” one serving no purpose at all. But of course there is a point to it. The point is to send a message to any other corporation that they will be punished by the state if they oppose DeSantis on anything.

National Review’s opposing column supporting DeSantis’s retaliation makes that explicit: “These corporations assume that it’s still 2010, and that our genteel Marquess of Queensberry norms will prevent conservatives from retaliating against their many political campaigns and rhetorical posturing against us.” It seems the principle that the government should not coerce private firms into supporting the regime was devised by Marquess of Queensberry, who was probably a communist. In any case, it doesn’t seem to be a coincidence that the only conservative who publicly opposes DeSantis’s move is also the only one who doesn’t seem to be (or wish to be) aware of why he is doing it.

The impetus for DeSantis’s presidential candidacy is the belief that Trump is a liability, and a desire for a replacement who can marshal the same coalition more effectively. What DeSantis is building in Florida is his blueprint for the country.