Reconnecting With the Radical Roots of Earth Day

Set in the wider arc of history, Earth Day stands for me as a reminder of the importance of fact-based and community-grounded advocacy for moving the needle on inclusive, just environmental policy and practice. 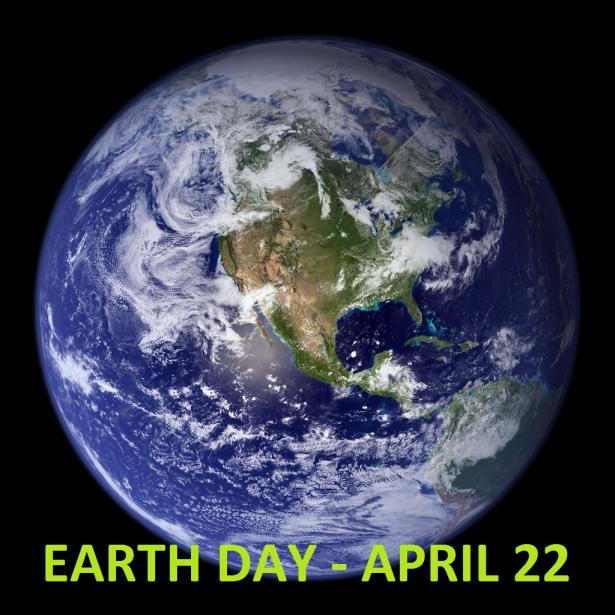 Happy Earth Day! I was only four years old when the first Earth Day took place. But as I began to work on climate change, I found it inspiring to look back at the photos from April 1970 and learn about what motivated 20 million people to action—and the impact of public mobilization on policy and practice in the years that followed.

Many of my friends in the climate movement are understandably cynical about what Earth Day has become today—in many ways, it has been reduced to calls for small individual acts (like picking up trash or composting coffee grounds) over the larger systemic changes and solutions that require much harder choices and trade-offs. Some companies have co-opted the day to sell more “environmentally friendly” products, or worse, to provide polluters with an opportunity to greenwash their miserable track records. But as a lifelong student of history and an unbridled optimist, I still find hope and inspiration in its radical roots.

The buildup to a movement

Earth Day didn’t come out of nowhere. The seeds for action were incubated in the fertile ground of anti-war, civil rights, and women’s rights protests of the 1960s. In 1962, Rachel Carson’s bestseller Silent Spring pulled the curtain back on the dangerous effects of pesticides and helped spur public awareness about the links between environmental degradation and public health. It’s satisfying to me that Dr. Carson’s visionary research did find its mark even though she had to endure highly gendered criticism from men who pegged her as “hysterical, mystical and witchy.”

Seven years later in 1969, an oil slick on Cleveland’s polluted Cuyahoga River caught fire just 25 miles down the road from my grandparents’ farm in Canton, Ohio. National media coverage by Time magazine and National Geographic helped shine a light on the injustices of chemical waste disposal.

By 1970, the American public was just waking up to the disastrous implications of environmental degradation. The first Earth Day was envisioned by one of its founders, the former Wisconsin Senator Gaylord Nelson, as a way to “shake up the political establishment,” and broaden national attention to environmental issues through teach-ins, demonstrations, and other advocacy.

A big tent for our planet

Politicians left, right, and center embraced the cause in the beginning. Labor unions were also deeply involved, and the United Auto Workers (UAW) led the pack with support that went beyond money. UAW printed and mailed Earth Day materials at its own expense—even publications that were critical of the same pollution-belching cars that kept its members employed! And their organizers turned out workers in every city where the union had a presence.

By April 22, 1970, all of this propelled waves of multi-day actions by 20 million individuals across the country from Boston, to New York, to Tacoma and San Francisco.  It’s unlikely that the words “climate change” or “global warming” were on the minds of most of those 20 million folks, but the basic call for action back then was the same as it is for us today: that we must limit pollution, along with greed, and listen to scientists if we want an Earth that continues to be habitable. And the policy and regulatory actions that resulted from this first Earth Day—this collective, big-tent gathering of people concerned for our environment—were truly game-changing and unprecedented.

Fast forward to 2022: we’re fighting the same fight and the stakes have only gotten higher. I understand how easy it is to feel discouraged by this. But I’m choosing to view Earth Day as a reminder of how progress stems from persistent, continuous, and courageous action.

Building on the movement

In the years that followed the first Earth Day, issues of race and environmental justice received greater attention. In 1987, a blistering report called Toxic Waste and Race exposed massive disparities in environmental degradation and pollution in minority and low-income communities. A key example was Warren County, North Carolina, where thousands of tons of PCB-ridden soil was intentionally dumped in a predominantly Black community despite residents’ protest.

Set in the wider arc of history, Earth Day stands for me as a reminder of the importance of fact-based and community-grounded advocacy for moving the needle on inclusive, just environmental policy and practice.

UCS, founded one year and one month before that first Earth Day, has been a key player in this arena throughout the decades. Our trusted, credible analysis, and advocacy has helped carved new pathways in this movement. So even as we stand on the shoulders of courageous visionaries, others will be and are already standing on the shoulders of my colleagues’ efforts and contributions.

As we spend our Earth Day at UCS encouraging our members to call their Senators and demand they pass the climate, clean energy, jobs, and justice provisions—the kind of sweeping action we need—I’m deeply grateful to be part of this fight alongside all of my UCS colleagues and all of you.

Johanna Chao Kreilick is President of the Union of Concerned Scientists. She has three decades of experience with social movements, science policy, and working to combat climate change. Before leading UCS, Ms. Kreilick served on the executive team of the Open Society Foundations.