Winner at the Venice film festival, Audrey Diwan’s film, "Happening", captures the panic of an unwanted pregnancy before the legalization of abortion in provincial France. 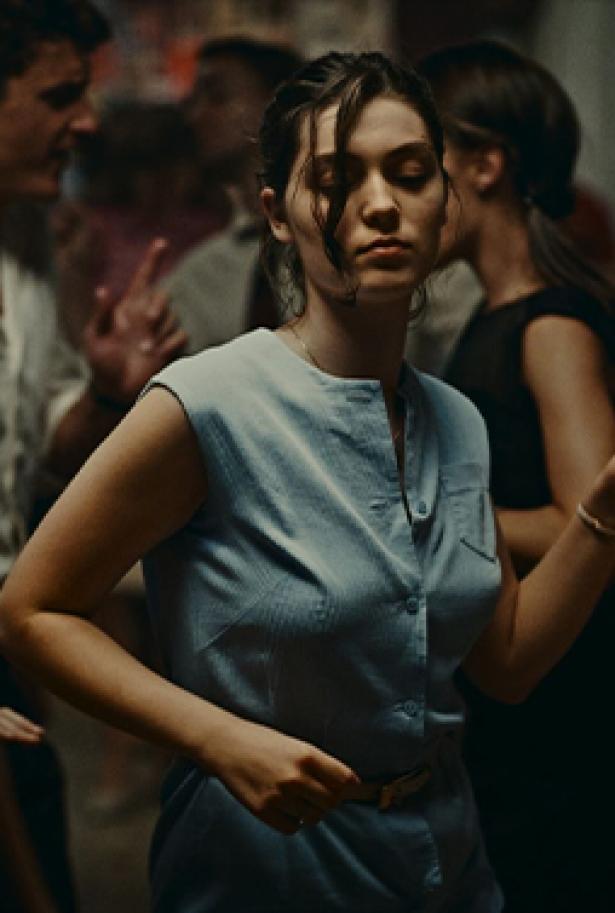 Here is a brutal Handmaid’s Tale from our recent European past – a situation that still exists in many parts of the world, longed for by reactionary nostalgists elsewhere. Happening is the admirable French drama from director and co-writer Audrey Diwan which won the Golden Lion at last year’s Venice film festival; it is an impeccably produced movie, faintly old-fashioned in its vehement emotional message, adapted from an autobiographical novel by Annie Ernaux.

The setting is provincial France in 1963, just before the permissive society and the pop culture revolution – and certainly before the legalisation of abortion, which did not happen in France until 1975. Newcomer Anamaria Vartolomei plays Anne Duchesne, a very talented student of literature who in one scene stuns her professor andlassmates by knowing what “anaphora” is. Her hardworking mum and dad, Gabrielle and Jacques (played by Sandrine Bonnaire and Eric Verdin) run a bar, and Gabrielle is endlessly proud of her daughter, at one stage giving her some money and saying: “Buy yourself a novel!”

But Anne is pregnant. With mounting suppressed panic, she waits for her period and repeatedly writes “rien” in her diary. Her future is about to be destroyed but even asking for an abortion is to risk a jail sentence for you and anyone else who helps – or fails to denounce you. Anne’s escalating dread of the hostile entity within her body reminded me of the mood in Rosemary’s Baby (written and filmed in about the same era). Satan doesn’t have to be the father for a woman to feel horror and shame, and for the male authorities of medicine and law to make it clear she is guilty of a terrible sin, from which the men are mysteriously exempt.

Diwan’s movie is cleverly structured so that we do not at first know who the father is, and there is no scene showing the moment of conception. The drama mimics Anne’s own sense of denial, her own refusal to remember or imagine the catastrophe. What we get instead are clinical inspections functioning as chilling parodies or inversions of that sexual intimacy that has upended her life. We see Anne undressing and checking her heart-rendingly pristine underwear for signs of a period; we see her lying half naked and submitting to an examination by the stern male doctor who contemptuously brushes aside Anne’s timid protestations of virginity and delivers the diagnosis.

And Vartolomei’s controlled, focused performance shows us Anne’s ordeal, as she carries on as normal while trying to decide what to do: hanging out with her friends, going to lectures, furtively looking at anatomical dictionaries in that pre-web world. She mustn’t tell anyone that she has in fact been catapulted forward into that grim secret future of womanly submission.

Happening takes a different line on abortion than a film like, say, Mike Leigh’s Vera Drake from 2004 or Cristian Mungiu’s 4 Months, 3 Weeks & 2 Days from 2007, films that focused with a more ironised chill on the abortionist; this is about the pregnant woman herself. One of the most startling scenes in the film comes when Anne’s flirty (but virginal) roommate Brigitte (Louise Orry-Diquéro) demonstrates to her and their quiet, watchful friend Hélène (Luàna Bajrami) the sexual position she’s heard is the best: she sits astride a pillow and begins to undulate. As Hélène glances with alarm at Anne, Brigitte starts moaning with eyes closed, having apparently forgotten anyone else is there. What is Anne thinking: that Brigitte is naive? Or that this is indeed pleasure, the pleasure that destroyed her life? Perhaps she is thinking that Brigitte doesn’t yet know the price to be paid for this pleasure: or perhaps Anne is envious in her misery, remembering how little pleasure and how little sexual expertise has gone into her own unsentimental education.

Happening was released on 22 April in cinemas.