Enduring Lessons From the Pittsburgh and Flint Water Crises

We can take heart in the knowledge that everyday people have the power to force their elected officials to keep public goods public. Pittsburgh’s Our Water Campaign showed us how, with strategies that other cities can replicate, adapt, and pass on. 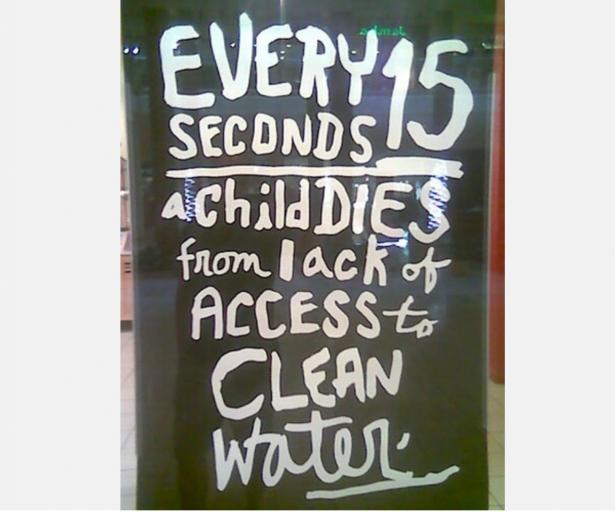 Eight years ago, the water crisis in Flint, Michigan began, the effects of which linger today. The nation was shocked to see a city fail so spectacularly to meet its most basic responsibility to provide safe water to its citizens. Unfortunately, Flint is not alone. According to a 2020 Natural Resources Defense Council analysis of Environmental Protection Agency data, nearly 30 million people in the U.S. drink from unsafe water systems. The rate is significantly elevated in communities of color. The Pittsburgh, Pennsylvania water system was one of them. As in Flint and other cities, structural racism, chronic disinvestment, and economic austerity meant that Pittsburgh’s communities of color were most impacted by the failing water systems.

As in Flint and other cities, structural racism, chronic disinvestment, and economic austerity meant that Pittsburgh’s communities of color were most impacted by the failing water systems.

Entering the 2000s, Pittsburgh’s water infrastructure was in dire need of repair and modernization. Miles of water and sewer lines had not been replaced in decades. The American Society of Civil Engineers estimated that a minimum investment of $39 billion between 2010 and 2030 would be required just to update Pittsburgh’s water infrastructure; it would cost another $1.3 billion per year to treat the water supply. In the absence of investment from federal, state, and local governments, the city of Pittsburgh decided privatization was the solution, and in 2012, hired a private multinational corporation called Veolia to manage the water. It only exacerbated the problem; lead levels increased and so did water bills, some by as much as 600 percent. But that was not a deterrent to Mayor Bill Peduto, who considered a second attempt at privatization with a company called Peoples Gas, which was also responsible for much of the fracking in the area. Organizers leapt into action, demanding that water remain a public good. They helped create a coalition that stopped the city’s privatization efforts and won the battle to keep Pittsburgh’s water safe, affordable, and public.

In 2017, the Our Water Coalition, led by Pittsburgh United, brought together labor, community, faith, and environmental groups, who organized and built the power needed to convince the city council and Mayor Peduto to sign the Our Water, Our Rivers pledge to keep water public, then and in the future. While the pledge was non-binding, most of the candidates in the 2021 mayoral election’s Democratic primary adopted it. In addition to the pledge, the coalition pressured the municipal government to create community advisory committees to advise the PWSA on multiple issues, ensuring residents could hold their government accountable to the pledge. Their strategies—outlined in a new Demos case study, Water as a Public Good: Pittsburgh’s Our Water Campaign—offer lessons for organizers in other cities fighting the privatization of public goods.

Here is how they did it:

When the Our Water Campaign began, organizers went door-to-door in the neighborhoods most affected by the water crisis, handing out water filters and helping residents with their water bills and the aftermath of water shutoffs. This assistance was the launching pad for conversations around why they needed the filters in the first place, how their water became dangerous, and why their water bills got so high. From 2017-2019, organizers from Pittsburgh United used these conversations to build a base in their communities. Residents joined the Our Water Coalition, going to PWSA meetings, giving public comments, demanding that their water be kept public and that they play an active role in future decision-making around water management. Organizers combined solving immediate problems with building community power and a sustainable plan to address larger structural issues going forward.

By emphasizing that a basic need like water should be controlled by the public, organizers in Pittsburgh were able to bring multiple groups working on a range of issue areas—labor, environment, housing, public health, and more—together around the need to keep public goods public.

That intersection of issues is critical to the campaign’s continued success. Ally Shaw, former Our Water organizer explained in the case study, “Connecting housing and economic justice to environmental justice was compelling to a broad group of people, and it made not only the mayor, but also the city council pay attention.”

Not every issue has as many natural allies as the fight for clean, affordable water, but by focusing on the importance of public ownership of basic necessities and finding the points of overlap for different issue areas, the Our Water Coalition’s experience offers organizers in other cities a model for bringing diverse groups together to combat the privatization of a range of public goods.

Developed allies inside government while still pressuring them from the outside

Not all government employees of the PWSA were satisfied with Veolia’s performance or willing to accept a second corporate takeover of what should be a public good. Pittsburgh United recognized the importance of having allies on the inside and worked to build relationships inside the agency. It was, as Jake Pawlak, a former PWSA staffer, explained in the case study, a relationship based on mutual respect and shared goals. “The only thing that made the process work is that we were able to establish a relationship where we and the advocates were assuming good faith with one another,” Pawlak told Pittsburgh United and Demos. “And so, they could make big, bold, aggressive demands, and then we could go a significant distance towards meeting them.”

These connections did not stop the coalition’s protests and other direct actions targeting the local government, but they did give activists access and information they would not have otherwise had and got them a seat at the negotiating table. Our Water organizers were also a voice for agency staff who could not otherwise express their concerns.

After the City of Pittsburgh signed the Our Water, Our Rivers pledge, members of the Our Water Coalition wanted  a mechanism to ensure the city government would keep their promise, and that the communities most harmed by structural racism in government would have a seat at the table for future decisions about their water. Their solution was creating community advisory committees to the PWSA which advise the agency on how to best serve their customers and hold the agency accountable to the terms of the pledge: flexible payment plans on water bills, full replacement of lead pipes, and an end to water shutoffs during the winter. The principle behind co-governance is simple: the people who are most impacted by the problem should have an active, ongoing role in creating solutions. Co-governance means better and more equitable decision-making.

The Our Water Coalition won the fight against a second attempt at water privatization, but they did not stop there.

The Our Water Coalition won the fight against a second attempt at water privatization, but they did not stop there. Organizers continue to hold Pittsburgh’s municipal government accountable. And while the Our Water, Our Rivers pledge is still Pittsburgh’s guiding principle, private companies are targeting other working-class Black and brown communities across Pennsylvania. In response, Pittsburgh United and its allies expanded their scope, working with like-minded community groups in Southwest Pennsylvania, including Women for a Healthy Environment and Get the Lead Out, Pittsburgh, to put pressure on the Wilkinsburg-Penn Joint Water Authority, which serves about 40,000 residents in the Pittsburgh suburbs, to replace dangerous lead pipes, prevent water shutoffs, and in general protect clean water as a human right.

A blueprint for other cities with similar fights

Water as a Public Good: Pittsburgh’s Our Water Campaign is the first in a series of four case studies for Demos’s Economic Democracy Project. The goal of the project is to highlight and develop strategies that Black and brown communities can use to build economic and political power. The case studies offer inspiration and a guide for how communities of color around the country can hold their governments accountable. This includes fighting privatization of public goods, or, as upcoming case studies will highlight, inequitable aid distribution after a hurricane, a grassroots campaign to institute a public banking infrastructure in New York and Amazon’s plans to build new headquarters. While each city and campaign has unique needs and outcomes, they share similar goals: breaking up corporate power, equitable distribution and expansion of public services, and building co-governance models where the public works alongside government agencies to collectively have a say in economic decision-making.

After eight years, the city of Flint has replaced the dangerous lead service lines from most homes, and the water supply meets EPA standards for lead and copper levels. But the damage persists, in the form of long-term health impacts on many children and adults who drank Flint’s contaminated water—and in the fact that large numbers of residents cannot trust city officials when they proclaim that the water is now perfectly safe to drink.

With the lessons of Flint and Pittsburgh in mind, we can take heart in the knowledge that everyday people have the power to force their elected officials to keep public goods public

With the lessons of Flint and Pittsburgh in mind, we can take heart in the knowledge that everyday people have the power to force their elected officials to keep public goods public. Pittsburgh’s Our Water Campaign showed us how, with strategies that other cities can replicate, adapt, and pass on.

Daniella joined Demos in July 2021 as a Senior Policy Analyst, helping to support the organization’s Economic Democracy work. Prior to joining Demos, Daniella was a Policy Analyst at the Groundwork Collaborative, where she provided research support on a variety of issues related to economic justice. There, she helped to develop the organization’s trade portfolio and provided research and writing support on issues related to labor market inequality.

Before that, Daniella was a Research Assistant at the Center for American Progress, where she researched and published articles on issues related to economic inequality, the labor market and international trade. Prior to that she was a federal legislative affairs intern at the Center on Budget and Policy Priorities following a domestic policy internship at the Center for Economic and Policy Research.

She holds a bachelor’s degree in economics from the University of Massachusetts at Amherst.