In Politics, Money Will Always Talk. Unless…

May 28, 2022 Sam Pizzigati Inequality.org
Printer friendly
In Politics, Money Will Always Talk. Unless… Published May 28, 2022 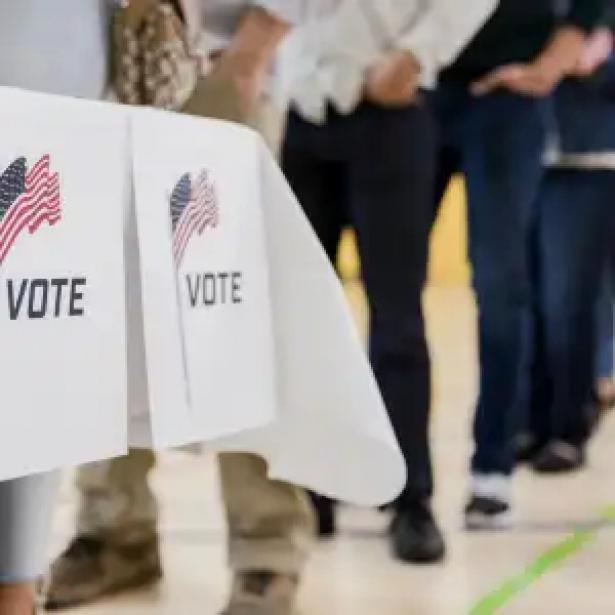 We’ve now come about halfway through what political pundits like to call the “primary season.” Actually, what we’ve come halfway through more accurately amounts to a “secondary” season.

Traditional primary elections these days typically decide less than we think about who actually gets the Democratic and Republican Party nods to run for office in November. The real threshold determination comes well before any voters head to the polls. Political analysts call this earlier decision — quite appropriately — the “money primary.” The ability to raise large sums of cash quickly and early, as political analysts Robert Borosage and Ruy Teixeira have noted, now “separates the serious candidates from the dreamers before voters even learn their names.”

Money, of course, has always impacted our democracy big-time. Only two things matter in American politics, as GOP political strategist Mark Hanna famously quipped amid our nation’s initial Gilded Age: “The first is money, and I can’t remember what the other one is.”

Either can our contemporary seekers of political office. They face a political playing field where money talks at a deafeningly high volume. In 1976, candidates for the U.S. House of Representatives typically had to spend $84,000 to win a seat in Congress. In 2000, they spent an average $840,000. Now they need to raise and spend millions. Even double-digit millions. Why? Our rich have become fabulously richer over the last half-century — and they aim to stay that way.

Bankman-Fried lives in the Bahamas. He considered his contribution a particularly “effective” investment. A few million can go a long way in a primary, he noted in a podcast before the election.

“If you have an opinion there,” Bankman-Fried added, “you can have impact.”

Across the country, in Pennsylvania, the billionaire Jeffrey Yass was doing his best to shove local election results in his preferred “school choice” direction. Yass, the richest man in Pennsylvania, has pumped $41.7 million since 2010 into his “Students First” political action committee. In last week’s primary races, he bankrolled the campaign of the only Democrat in Pennsylvania’s state legislature to vote for a voucher bill designed to funnel public tax dollars into private schools.

Yass also bankrolled a challenger to a progressive state lawmaker, Rick Krajewski, who first won office in 2020 after a campaign inspired by Senator Bernie Sanders. Yass’ interests, Rep. Krajewski charged during the campaign, don’t match the interests of working-class families. Those folks, he noted, “deserve a voice even if they don’t have a billionaire like Yass being able to push their agenda.”

Billionaire Bankman-Fried didn’t end up with his desired outcome in Tuesday’s primary for Oregon’s sixth district, and billionaire Yass fell short in his move to unseat Krajewski. And in several other hotly contested primaries billionaires also fell short. In still other races Tuesday, candidates lavishly backed by deep pockets did triumph over progressive candidates who ran on platforms distinctly distasteful to billionaires.

But we face a bigger reality than the results of one day’s primaries. We all lose when politically active billionaires throw their millions around. The millions that billionaires funnel into electoral politics — millions unlimited ever since the 2010 Citizen’s United Supreme Court decision ended limits on how much the rich can spend “independently” — fundamentally distort our national political behavior.

And what about those among us who support ideas that discomfort people of means? Our current electoral order distorts our behavior as well. On the individual level, running for office has come to mean spending hours on the phone appealing to potential big donors. Many progressives who would make outstanding candidates feel uncomfortable about doing this sort of genteel begging. So they beg out of running in the first place. And at the organizational level, progressive social justice groups find themselves writing off candidacies that can’t generate or demonstrate enough potential fundraising pizazz.

Even mainstream pundits bewail how dangerous our political money order has become. But these pundits see little way out. After all, they note, we live in a democracy, and that, as the famed Washington Post commentator David Broder noted a quarter-century ago, makes it “damnably difficult to devise a system that will effectively reduce the role of money in politics and still not trample on constitutional rights to express political views.”

Damnably difficult indeed. A democratic nation can, quite legitimately, prohibit one person from owning multiple media networks. But a free nation cannot deny a rich person the right to endow a school of journalism — and shape the minds of a generation of journalists.

A democracy can choose to limit campaign contributions and still remain a democracy. But a free society cannot prevent multimillionaires from winning friends and influencing people by making generous donations to their favorite charitable causes.

A nation committed to free and open debate can regulate TV political advertising to prevent one side from monopolizing the limited resource of pre-election air-time. But a free society cannot stop rich people from bankrolling think tanks that drown the public debate in misinformation.

In an unequal society, a society dominated by concentrated wealth, democracy will always be “damnably difficult.” And we will make no progress toward overcoming these difficulties, the British political scientist Harold Laski argued years ago, until we recognize that the primary problem in a deeply unequal democracy will never be the influence we allow the wealthy to bring to bear on our politics. The primary problem remains concentrated wealth itself, the huge gap between the wealthy and everyone else.

“A State divided into a small number of rich and a large number of poor,” as Laski noted in his landmark 1930 book, A Grammar of Politics, “will always develop a government manipulated by the rich to protect the amenities represented by their property.”

Sam Pizzigati co-edits Inequality.org. His latest books include The Case for a Maximum Wage and The Rich Don’t Always Win: The Forgotten Triumph over Plutocracy that Created the American Middle Class, 1900-1970. Readers can access his earlier book, Greed and Good: Understanding and Overcoming the Inequality that Limits Our Lives, online at Inequality.org. Twitter: @Too_Much_Online.

Inequality.org has been tracking inequality-related news and views for nearly two decades. A project of the Institute for Policy Studies since 2011, our site aims to provide information and insights for readers ranging from educators and journalists to activists and policy makers.

Our Inequality.org contributors come from the United States and around the world. Our focus throughout: What can we do to narrow the staggering economic inequality that so afflicts us in almost every aspect of our lives?  If you would like to support and help expand our work, please consider making a donation. Thank you!  DONATE