film ‘The Janes’ Review: An Intimate and Informative Look Back at a Radical Underground Abortion Group 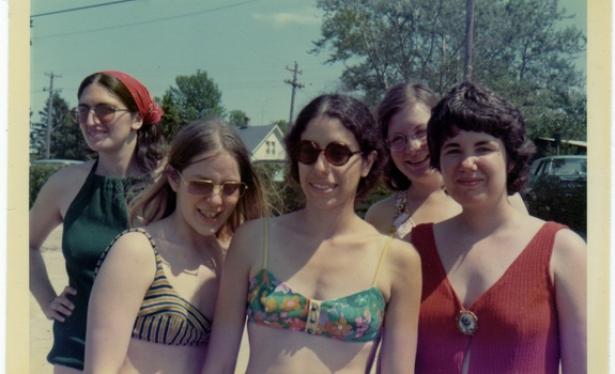 Editor’s note: This review was originally published at the 2022 Cannes Film Festival. The film will debut on HBO on Wednesday, June 8 and will then be available to stream on HBO Max.

“I had no other options. I wanted it over with. And I didn’t care how it was done, I was that desperate.” Such is how Tia Lessin and Emma Pildes’s intimate and informative “The Janes” opens, introducing audiences immediately to one woman, now decades removed from the period of her life in which she needed the help of the underground abortion service and feminist collective, who can still conjure the same emotions and circumstances that drove her to her choice. And yet what might be most inspiring and special about Lessin and Pildes’ documentary is that this single woman who opens the film doesn’t serve as some sort of stand-in for the thousands (yes, thousands) who utilized the services of the Jane Collective (or just “Jane”) during 1969 through 1973, but simply one facet of a story long deserving to be told.

Funnily enough, “The Janes” is not the only Jane-centric film to arrive this year (it’s not even the only Jane-centric film to arrive at this year’s Sundance Film Festival; Phyllis Nagy makes her directorial debut with the fictionalized feature “Call Jane”). The present, it seems, is finally catching up with the past — albeit in some terrifying ways — and renewed interest in the work and legacy of Jane is inevitable and necessary. Lessin and Pildes’ film ably weaves together the group’s history, stories about the many people (not just women) who made it what it was, and the fascinating process by which it operated. At once deeply personal and painfully political, “The Janes” should be required watching for everyone. Notably, it knows that and leans into it.

Despite the fraught nature of its content, Lessin (an Oscar nominee for her “Trouble the Water”) and Pildes (making her directorial debut) keep an even keel throughout, introducing a variety of talking heads — from Jane members and compatriots to one of the cops who busted them during their infamous 1972 raid — and keeping a tight hold on contextualizing the world that birthed Jane. And yet the blend of voices and history never feel like homework, and “The Janes” stays digestible and compelling throughout most of its 101-minute running time (which only ever feels off when it get to the end, and a gobsmacking legal battle that could easily spawn its own documentary).

Context is necessary: In the late ’60s, abortion was mostly illegal around the country, and many women were suffering because of it. And not just emotionally, mentally, and economically; as one Jane member puts it early on, many women were willing to do “awful things” to abort their pregnancies, and the threat of grievous physical injury hangs over the majority of the film. Illegal abortions were possible and, in the politically fractured Chicago in which Jane made its stand, were mostly available through the mafia. As many of the subjects of the film explain, that was cold comfort for many.

So what to do? Many of the women who appear in the film share their stories of, if not radicalization, at least awareness, in plain terms. They needed an abortion and went to the mob, who left them bleeding out in a dirty hotel room. Their friend’s sister died trying to get an abortion. A girl in their dorm came crying to them late at night to help staunch the bleeding from their procedure. As “The Janes” reminds us, in the fraught milieu of ’60s Chicago, the political felt very, very personal indeed, and women often knew that best.

Inspired by a changing world and their desire to help change it, the original members of Jane banded together to form a group that could assist any and all women in need of help, regardless of if they could pay for it. (A mid-film segment that grapples with the racial implications of the group, which was mostly made up of white women, is fascinating and well-considered.) Their process was smart, savvy, and entirely dedicated to providing a safe space for their clients.

The details still jar, including moments in which members show off the index cards they used to make notes about prospective clients who called up Jane (the group was found through word of mouth, doctor recommendations, and ads and flyers placed around town, advising women in need of help to “call Jane”), some of which list upsetting details like that the woman was “(scared)” or felt need to “be cautious father is a cop.” A list of doctors and abortionists includes similarly important notes, even tough ones, like “has hurt some girls.” And there are moments that shock, no matter which side of the abortion debate you fall on, like when the doc gets to the pivotal moment in which various Jane members learned how to do abortions on their own and demonstrate technique with their own tools.

And yet Lessin, Pildes, and their many subjects eschew cheap emotion in favor of something much more intimate and, ultimately, more honest. Many of the talking heads still grapple with their choices, even an entire century later, but remain edified by the understanding that they accomplished Jane’s goal: to help women who needed it. Many of the stories and subjects that round out the film could easily spawn their own documentaries and series (just wait until you meet the group’s lawyer late in the film), but “The Janes” stands as a compelling look at their work that should educate and enthrall curious audiences.

“The Janes” premiered at the 2022 Sundance Film Festival. HBO Documentary Films will release it on June 8.