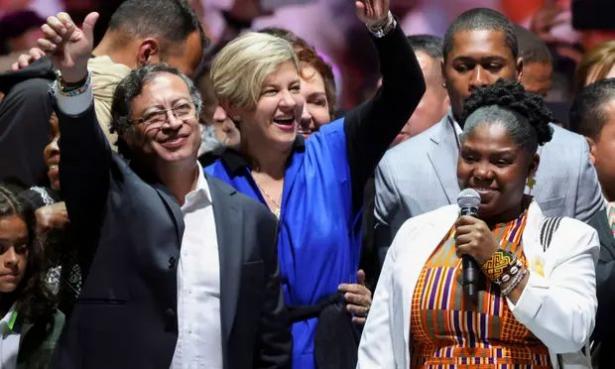 Petro beat Rodolfo Hernández, a gaff-prone former mayor of Bucaramanga and business mogul, with 50.47% of the vote in a runoff election on Sunday and will take office in July amid a host of challenges, not least of which is the deepening discontent over inequality and rising costs of living. Hernández had 47.27%, with almost all ballots counted, according to results released by election authorities.

Petro’s election marks a tidal shift for Colombia, a country that has never before had a leftist president, and follows similar victories for the left in Peru, Chile and Honduras.

“Today is a party for the people,” tweeted the victorious candidate on Sunday night after results came in. “May so many sufferings be cushioned in the joy that today floods the heart of the homeland.”

During his victory speech, Petro issued a call for unity and extended an olive branch to some of his harshest critics, saying all members of the opposition will be welcomed at the presidential palace “to discuss the problems of Colombia”.

“From this government that is beginning there will never be political persecution or legal persecution, there will only be respect and dialogue,” he said, adding that he will listen to not only those who have raised arms but also to “that silent majority of peasants, Indigenous people, women, youth”.

“Today the majority of citizens have chosen the other candidate. As I said during the campaign, I accept the results of this election,” Hernández said in a video posted on social media. “I sincerely hope that this decision is beneficial for everyone.”

The US secretary of state, Antony Blinken, congratulated “the people of Colombia for making their voices heard in a free and fair presidential election”.

“We look forward to working with President-elect Petro to further strengthen the US-Colombia relationship and move our nations toward a better future,” he said in a statement. 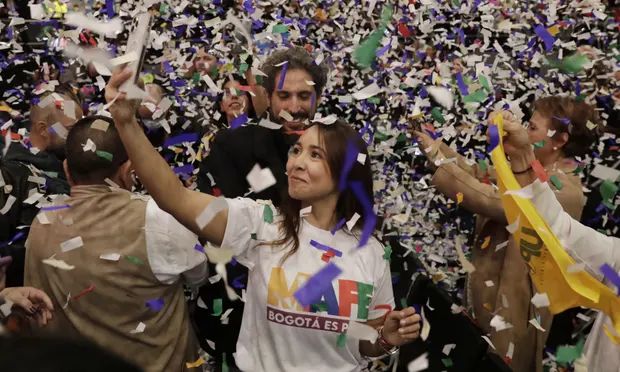 Petro’s journey from a fighter in the M-19 guerrilla army in the 80s to president also saw him become a senator and the mayor of the capital, Bogotá. He has a reputation for meandering speeches and high-handedness.

Petro’s vice-president will be Francia Márquez – a prize-winning defender of human and environmental rights – marking the first time that a black woman fills the post.

“Today all women win,” tweeted Márquez as polls closed on Sunday afternoon. “We are facing the greatest possibility of change in recent times.”

“History has been broken because since we became a republic and got independence 200 years ago, nothing like this had happened,” said Andres Felipe Barrero, a Petro supporter.

“It really is a new moment for Colombia,” said Luis Eduardo Celis, who works at the Peace and Reconciliation Foundation, a Colombian thinktank. “A Colombia that has many pending issues to advance: an agrarian reform, an economy at the service of the people, a more equitable taxation, to get out of hunger, out of poverty, to put an end to all that violence.” 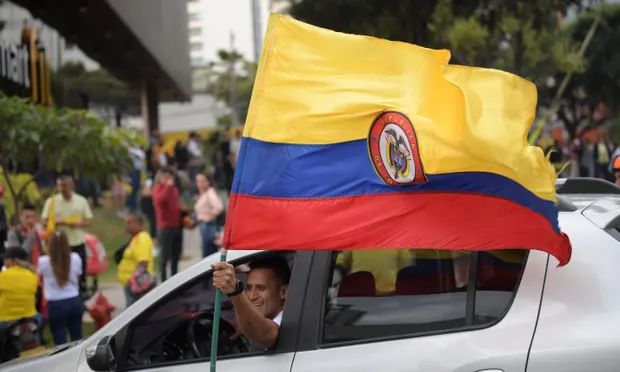 Hernández looked to be a contender, though could not escape an almost constant stream of scandal. He referred to Hitler as a “great German thinker” and has been filmed galavanting with models on a yacht in Miami. His posts on TikTok – from where he ran much of his campaign – were laden with profanity and he refused to attend any debates ahead of Sunday’s vote.

On the agenda for the new leader will be the country’s faltering peace process with the leftist rebels of the Revolutionary Armed Forces of Colombia (Farc), which was signed in 2016 and formally ended five decades of civil war that killed more than 260,000 people and displaced more than 7 million. Duque has been accused of slow-walking the accord’s implementation in order to undermine it.

Another headache for Petro will be neighbouring Venezuela, which has been mired in social, political and economic crisis for years. Petro has advocated for a reopening of ties with Venezuelan strongman Nicolás Maduro, bucking the Duque government’s policy of isolation.

Petro has also pledged to wean the country off its dependence on fossil fuels, worrying investors.

The election was hotly contested, with many observers categorising the race between two relative outsiders as a wider rebuke against the political class. A host of traditional politicians were ousted in the first round.

With Reuters and Associated Press

Joe Parkin Daniels is a British journalist based in Bogotá, Colombia, where he covers human rights, the country's internal conflict, and health. He tweets at @joeparkdan

We are proud to say we’re a reader-funded global news organisation, with more than 1.5 million supporters in 180 countries. This vital support keeps us fiercely independent, free from shareholders or a billionaire owner. It means we can keep our quality reporting open for everyone to read. We do this because we believe in information equality, and we know not everyone is in a position to pay for news. But if you are, we need you. You can make an investment in Guardian journalism today, so millions more can benefit from reliable information on the events shaping our world. Support the Guardian from as little as $1. Thank you.