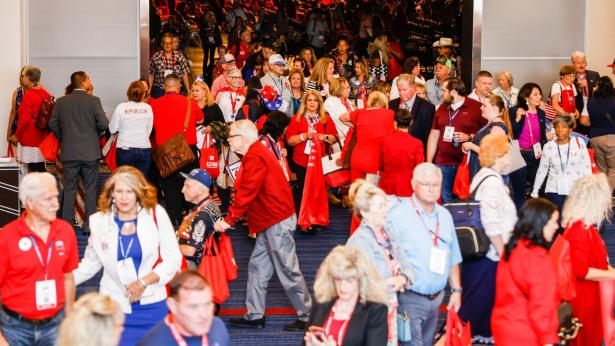 Of all we have heard at the hearings of the House Select Committee to Investigate the January 6th Attack on the U.S. Capitol, Judge J. Michael Luttig’s testimony on Thursday stands out. Luttig is a leading conservative thinker, a giant in Republican legal circles, who worked in the Reagan administration, was appointed by President George H. W. Bush to a federal judgeship, and was on the short-list for a Supreme Court seat during President George W. Bush’s term. In January 2021, then–vice president Mike Pence’s staff turned to him for support to make sure Pence didn’t agree to count out electors; Luttig opposed the scheme absolutely.

On Thursday, Judge Luttig examined the ongoing danger to democracy and located it not just on former president Donald Trump and his enablers, but on the entire Republican Party of today, the party that embraces the Big Lie that Trump won the 2020 election, the party that continues to plan to overturn any election in which voters choose a Democrat.

“[T]he former president and his party are today a clear and present danger for American democracy,” Luttig reiterated to NPR’s All Things Considered.

And, as if in confirmation, delegates to a convention of the Texas Republican Party today approved platform planks rejecting “the certified results of the 2020 Presidential election, and [holding] that acting President Joseph Robinette Biden Jr. was not legitimately elected by the people of the United States”; requiring students “to learn about the dignity of the preborn human,” including that life begins at fertilization; treating homosexuality as “an abnormal lifestyle choice”; locking the number of Supreme Court justices at 9; getting rid of the constitutional power to levy income taxes; abolishing the Federal Reserve; rejecting the Equal Rights Amendment; returning Christianity to schools and government; ending all gun safety measures; abolishing the Department of Education; arming teachers; requiring colleges to teach “free-market liberty principles”; defending capital punishment; dictating the ways in which the events at the Alamo are remembered; protecting Confederate monuments; ending gay marriage; withdrawing from the United Nations and the World Health Organization; and calling for a vote “for the people of Texas to determine whether or not the State of Texas should reassert its status as an independent nation.”

Luttig said that Republicans must start speaking to Democrats as ”fellow Americans that have a shared destiny and shared hopes and dreams for America.” “We cannot have in America either political party behaving itself like the Republican Party has since the 2020 election.”

I’ve been thinking a lot since Thursday of Luttig’s clear-eyed view of the dangers we face in this country today, and of his willingness to cast aside old political loyalties to call them out in order to protect our democracy. They remind me of nothing so much as Abraham Lincoln’s description of the way northerners reacted to the 1854 passage of a law permitting the spread of enslavement into western lands from which it had previously been excluded. The passage of that law woke up Americans who had not been paying attention, and convinced them to work across old political lines to stop oligarchs from destroying democracy. Northerners were “thunderstruck and stunned; and we reeled and fell in utter confusion. But we rose each fighting, grasping whatever he could first reach—a scythe—a pitchfork—a chopping axe, or a butcher's cleaver” to push back against the oligarchic enslavers, Lincoln later said. Regardless of where they started politically, they stood up for democracy together. And while they came from different parties, he said, they were “still Americans; no less devoted to the continued Union and prosperity of the country than heretofore.”

Over the course of the next decade, that new coalition argued and struggled and took the nation in an entirely new direction. It fought and won a war that involved more than two million men and cost more than $5 billion, established our first national money, welcomed immigrants, created public colleges, invented the income tax, gave farmers land, built transcontinental railroads, and—finally—ended human enslavement in the U.S. except as punishment for a crime for which a person had been duly convicted.

And, of course, it saved the nation from those seeking to destroy it.

“[T]o my knowledge, I’ve never spoken publicly a single word of politics,” Luttig told NPR about his extraordinary statements. In a later note he added: “I wanted to do this for America and I understood I had an obligation to do it for America. It was my ‘moment’ in my life to stand up, step forward, and bear witness to what I believe and what I do not believe.”

[Professor Heather Cox Richardson teaches nineteenth-century American history at both the undergraduate and the graduate level. Her early work focused on the transformation of political ideology from the Civil War to the presidency of Theodore Roosevelt. It examined issues of race, economics, westward expansion, and the construction of the concept of an American middle class. Her history of the Republican Party, To Make Men Free (2014) examines the fundamental tensions in American politics from the time of the Northwest Ordinance to the present. She is currently working on an intellectual history of American politics and a graphic treatment of the Reconstruction Era.]