tv Why Superhero Satire the Boys Turned Off Its Rightwing Fanbase 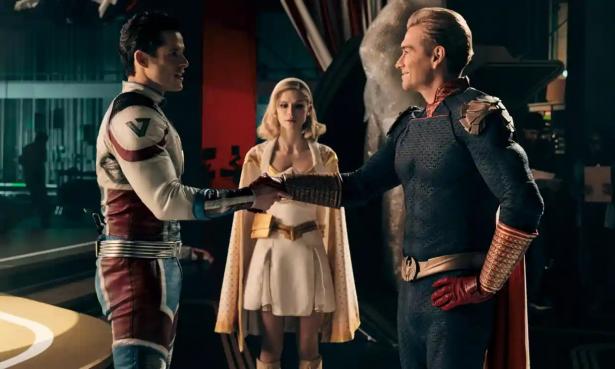 A still from The Boys.,Photograph: Amazon Prime Video

There seems to be a low-key competition within the culture at the moment as to who can produce the worst sort of fan. For years, Star Wars has been the far and away winner, with fans bitching and crowing like wounded animals any time the series dares to venture out of its very narrow parameters. And Rick and Morty had a decent shot at the title a few years ago, when fans furious that their favourite show had the temerity to hire a female writer published her personal details online.

But now, thanks to a large and increasingly dunderheaded minority, it would appear that the show with the worst fans alive is currently Amazon’s The Boys. These fans have just twigged that the show’s main villain is actually a villain, and they’re absolutely furious.

For those of you who haven’t watched it – and, really, you should – The Boys is a satirical comic book adaptation about a team of vigilantes tasked with taking down the unchecked powers of a band of superheroes. The de facto leader of the superheroes is Homelander, a Superman analogue dressed in a Stars and Stripes cape. Homelander presents a smiling, all-American front to the public, but in private uses his powers to intimidate and murder his rivals. He is, without exaggeration, one of the most terrifying TV villains for years.

The problem is, some of Homelander’s behaviour this season has seemed a little familiar. He’s given an open platform on a rightwing news network. His popularity soars after he starts saying the worst things possible. He becomes the head of an over-reaching corporation and immediately finds himself out of his depth. He’s a self-destructive mixture of professional ambition and personal insecurity. In other words, as if it needed to be spelled out, Homelander is Donald Trump.

Talking to Rolling Stone about Homelander recently, showrunner Eric Kripke said: “All he ever wants is to be the most powerful person he can be, even though he’s completely inadequate in his abilities to handle it. So it’s white male victimisation and unchecked ambition. And those issues just happened to reflect the guy who, it’s just still surreal to say it, was fucking president of the United States.”

This should not have come as a surprise to anyone at all. The comic book that The Boys is based on was originally a snarling reaction to George W Bush’s post-9/11 policies. Two years ago, when a Trump supporter attended a rally dressed as Homelander, Kripke tweeted: “Um … are they actually watching the show?” In its previous season, The Boys made Homelander a rapist who fell in love with a Nazi.

And yet, a small but vocal band of right-leaning fans have only just realised that they’re the punchline. As well as Homelander’s misdeeds, this season also introduced Blue Hawk, a Blue Lives Matter superhero who kills an unarmed Black man. And last week, writer Ryan Broderick posted some outraged screengrabs from Reddit. One read: “Was really liking Blue Hawk until the end of his speech’. Another read “There’s no need to apologize for helping eliminate criminals.” These fans, Broderick claimed, have been patiently waiting for Homelander’s redemption arc. Now that it seems as if it won’t be coming, they’re angry about being tricked into liking the villain.

If this is true, it’s mind-blowing. Homelander has never been anything but the arch-villain of the entire show. The very first episode ended with him murdering the mayor of Baltimore (by blowing up his plane, no less) to quell a potentially negative news cycle. He is as unequivocally, irredeemably evil as any character you will ever encounter, and the fact that people have been missing this is truly bewildering.

Perhaps the problem is The Boys’ insistence on having its cake and eating it. The show tries to make a stand against issues like racism, totalitarianism and toxic masculinity. But it does all this under the guise of a show full of violence, cool fight scenes, exploding heads and, as of last week’s episode, a man having sex with an octopus. Perhaps, just perhaps, some people are so blinded by all the whizz-bang outrageousness that they can’t see anything deeper beneath that.

Where that leaves The Boys is anyone’s guess. This year’s season has been much more urgently political than ever before, and this is what you sense Kripke wants people to take from it. But with so many people missing the point because they just want to see people get their faces lasered off, it leaves him in a weird predicament. What does he do? Tone down the gore and the show becomes boring. Tone down the underlying messages and it becomes soulless. Hopefully, though, he’ll do none of this. Hopefully he’ll just carry on as normal, and let all the idiot fans destroy themselves in the process.