labor Union Organizing Efforts Rise in First Half of Year

The union push comes as public opinion about organized labor is the most positive in decades. A Gallup poll last year found that 68% of Americans approve of unions, the highest share since 1965. 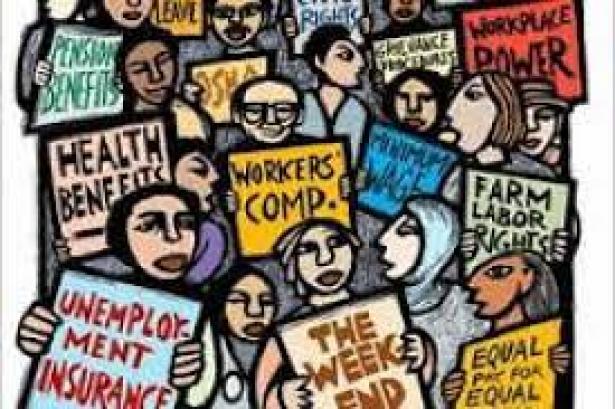 The number of U.S. workplaces where employees have started trying to organize unions jumped this year to the highest level in half a dozen years, a rise that reflects warming public attitudes toward unions amid a strong labor market.

In the first half of the year, workers at 1,411 U.S. workplaces filed petitions with the National Labor Relations Board, the first step in joining a union, according to a Wall Street Journal analysis of federal data. That represents a 69% increase from the same period in 2021 and the most of any year since 2015.

The union push comes as public opinion about organized labor is the most positive in decades. A Gallup poll last year found that 68% of Americans approve of unions, the highest share since 1965.

Still, the share of American workers who belong to unions has fallen steeply over past decades and remains low by historical standards. About 10.3% of American workers were union members last year, down from 29.3% in 1964, according to researchers from Georgia State University, Trinity University and the Urban Institute.

Of the 1,411 workplaces filing petitions so far this year, about 400, representing more than 21,000 workers, have already voted in favor of a union and around 150, representing almost 7,800 people, have voted against–a small slice of the 164 million in the U.S. labor force. The remaining petitions have either been withdrawn or are awaiting a vote.

The workers filing petitions this year include some at Amazon.com Inc., Starbucks Corp., and Chipotle Mexican Grill Inc., as well as grocery stores, hospitals and major retailers. Many employees say they are seeking better health and safety precautions, more pay and more say over their working conditions.

Workers, whether in unions or not, are benefiting from a significant labor shortage in some industries where employers are struggling to fill open positions, economists say.

“Tight labor markets certainly are conducive to organizing and to workers having more leverage in general,” said Chris Tilly, a professor at the University of California, Los Angeles, who studies labor.

After receiving a petition, the NLRB typically schedules an election, where workers vote on whether to form a union or not. If they vote in favor, the union is recognized by the NLRB, an independent government agency that referees disputes between workers and their employers. The union then begins contract negotiations with the employer over pay, working conditions and other issues. The process can take years.

If the increase in union activity raises the share of American workers who belong to unions, it could have two effects, said Henry Farber, an economist at Princeton University. First, it could boost average earnings of employed workers. But it could also make it more expensive for employers to hire, which could lead to fewer jobs in the long run, he said.

Private sector workers who are union members made almost 14% more last year than those who aren’t members, according to the Labor Department. Unionized bar, restaurant and coffee shop workers made about 17% more than their nonunion counterparts.

For small-business owners, the increase in unionization is adding another expense on top of rising costs, a labor shortage and ongoing supply-chain disruptions, said Beth Milito, senior executive counsel at the National Federation of Independent Business.

“It’s really challenging right now for business owners and then if you layer on any other sort of employee-management issue that could be related to a union organizing drive it gets more complex and more expensive,” she said. “There comes a point where you can’t as a small-business owner absorb any more cost increase.”

Brandi McNease, a crew member at a Chipotle restaurant in Augusta, Maine, said employees there were frustrated about low staffing levels that required people to work back-to-back shifts with little support or guidance from management. In June, workers staged a walkout, then filed a petition with the NLRB to form an independent union.

“We all just decided it was time to start treating restaurant workers like people,” Ms. McNease said.

Laurie Schalow, Chipotle’s chief corporate affairs officer, said the company immediately closed the restaurant when it learned about the employees’ concerns so it could hire new staff and bring in new leadership.

“We respect our employees’ rights under the National Labor Relations Act and are committed to ensuring a fair and just work environment that provides opportunities for all,” she said.

Of the 1,411 petitions filed with the NLRB in the first half of this year, 311 have come from Starbucks stores. Of those, 145 locations have voted to join a union and 22 have voted against, according to NLRB data.

In December 2021, a Starbucks in Buffalo, N.Y., became the first U.S. company-owned location to form a union during the current push after workers there sought better pay and working conditions.

“To be honest, I didn’t know what I was signing up for,” said Kylah Clay, a barista from Boston whose Allston, Mass., location was one of the first Starbucks to file to unionize after the Buffalo stores. “I never imagined it would turn into something so national.”

A Starbucks spokesman said the company is focused on working with its employees directly but respects their right to organize. The company will bargain in good faith, he said.

At Amazon, health concerns at a warehouse on Staten Island in New York prompted workers to file an NLRB petition earlier this year. In April, workers there voted in favor of forming a union, becoming the company’s first U.S. facility to unionize.

Amazon has offered Covid-19 testing and vaccines to employees as well as paid time off and bonuses for workers to get vaccinated, said spokeswoman Maria Boschetti.

“Our employees have the choice of whether or not to join a union. They always have,” said Amazon spokeswoman Kelly Nantel. “As a company, we don’t think unions are the best answer for our employees. Our focus remains on working directly with our team to continue making Amazon a great place to work.”