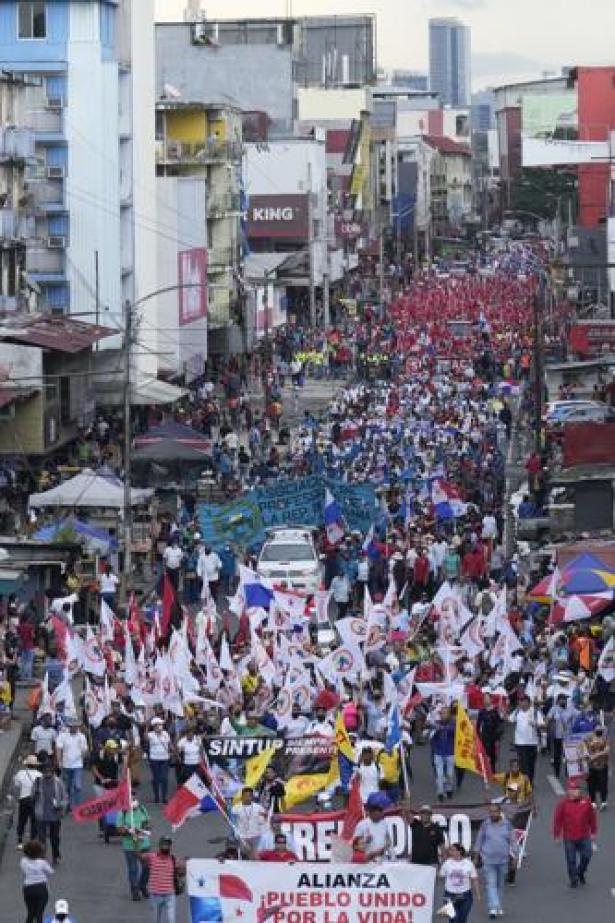 Unions march in support of striking teachers’ unions, toward the National Assembly in Panama City. Panamanians have taken to the streets in protest for weeks, building upon anger over fuel prices. Credit,Arnulfo Franco - staff, AP

Colombia has taken a huge step towards a more plural and inclusive democracy and revived the possibility of changing long entrenched dynamics. This election is a historic victory for all of us worldwide: it shows us a transformed political space and a genuine possibility for sustained change.

Anyone who spends years in Haiti, Venezuela, Cuba, South Africa or Zambia will never be the same again. They will now have the experience of another language, another culture, a more pluralistic vision of reality. On their return, they will be more committed, more flexible, more reflective, and less sectarian.

Thousands of Panamanian protesters have taken to the streets in recent weeks to demand the government put a stop to rising inflation and corruption. President Laurentino Cortizo recently announced measures to cut fuel costs and put a cap on the price of basic food items – but protesters said they were not enough and promised to continue demonstrating.

The conflict in southern Chile and Argentina, involving political radicalisation and violence, shines a spotlight on an existential problem in Latin America – what is the place of the millions of historically invisibilised Indigenous peoples?

Shortly after the turn of the new millennium, following years of cronyism and febrile neoliberalisation, the people again took to the streets. Grassroots trans rights organisations had already begun to form through shared efforts to repeal colonial-era penal codes that enabled police repression of ‘scandalous’ behaviour, including public cross-dressing.

The regional body is urging the US to lift sanctions against Venezuela in hopes of restoring the region’s access to energy through Venezuela’s PetroCaribe Program.

Since demonstrations began on June 13, led primarily by the Confederation of Indigenous Nationalities of Ecuador, thousands of Indigenous protesters have marched through the capital of Quito and other regions, demanding the government take action to lower fuel prices, address rampant inflation, cease plans to privatize public sectors and provide funding to public education.

The country's high court ruled that the law contravened constitutionally guaranteed rights to liberty, freedom of expression and protection of personal privacy. Campaigners say it is a major victory in a country where homophobia is rife. The case was brought by a gay man in sync with two rights groups.

The State must support the promotion of the ideas of the LGBTIQ+ community against fundamentalist religious groups that are against the recognition of diversity, and that are in better positions of social and economic power in the face of communities of diversity.